The governor says he didn't think that the county executive is legally correct and that the state would have to sign off on any plans. 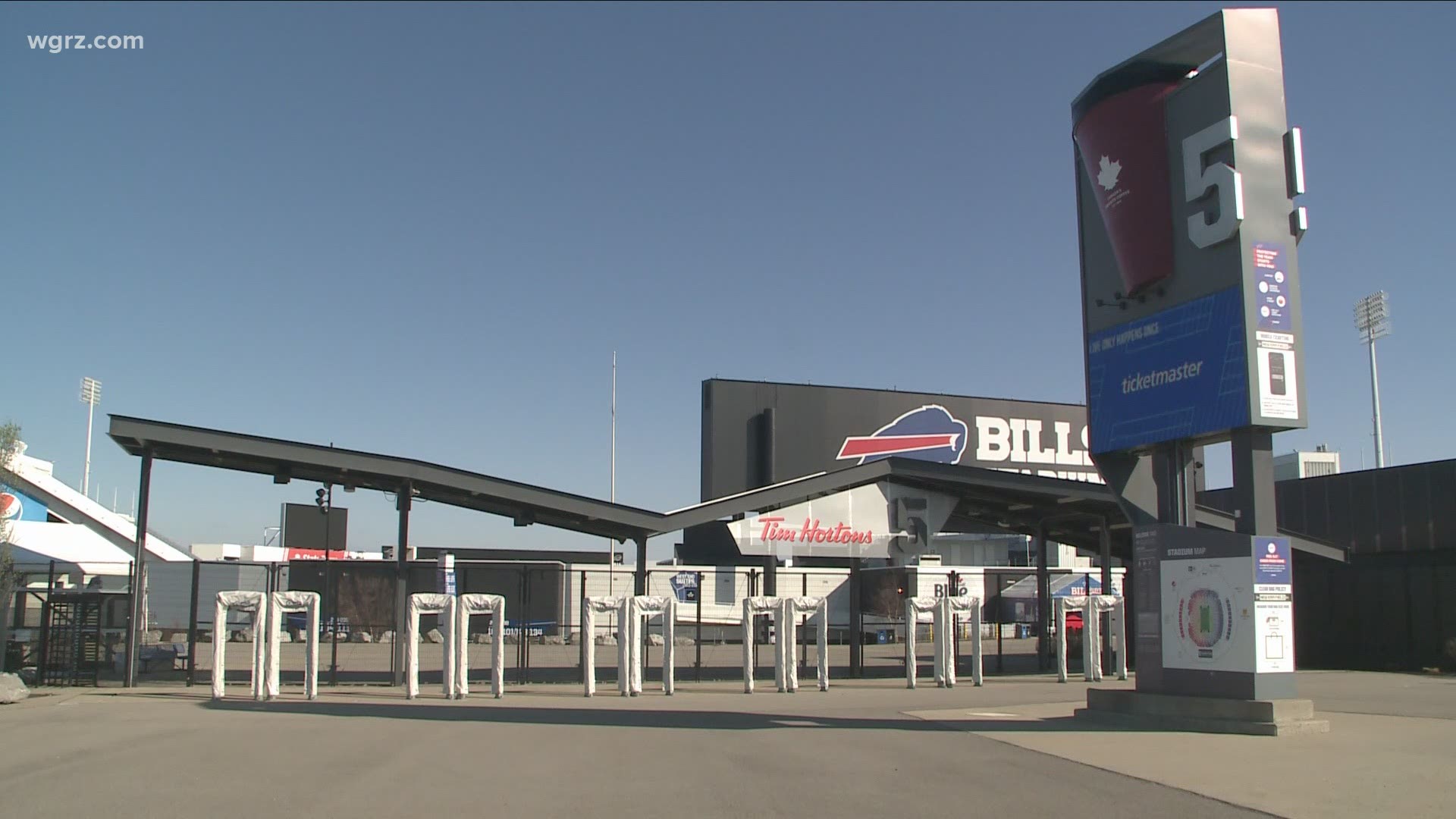 During Erie County's weekly COVID-19 briefing Tuesday, Poloncarz discussed a plan to allow full attendance at both Bills and Sabres games. Poloncarz says the county supports returning all fans to Highmark Stadium and the KeyBank Center this fall.

However, under the county's plan, all fans and staff would be required to be fully vaccinated for COVID-19.

Governor Cuomo, during a press briefing with reporters on Wednesday, said he didn't think that the county executive is legally correct and that the state would have to sign off on any plans.

"We tend to work in collaborative with local government, and we're just not there yet to make those decisions," Cuomo said. "I just think it's early to make a decision, months head. Legally, the state would have to sign off on it."

Poloncarz says the county is working with the Bills and Sabres to ensure the safety of those attending the games.

A spokesperson for the County Executive's Office told 2 On Your they realize it is early to make any decisions.

However, he doubled down on the county's initial stance.

"Both the stadium in Orchard Park and the Key Bank Center are county facilities, so (like any county facility), the county does have the power to determine what happens there. We have worked with NYSDOH all along, and will continue to follow their guidance as to what 'maximum capacity' might be by the start of the football season. But the bottom line is that the more people who get vaccinated in the next few months, the better the chance of a full stadium in the fall, which is what everyone wants."

"While the County Executive is to be applauded for his efforts, he hasn't thought about it in a legally sound way, and not in a practically sound way either," said Cohen, the litigation chair with HoganWillig.

He added, "By the county having ownership, that doesn't make Mark Poloncarz the owner. The people of the county are the owners, and the people are represented by legislators, so if the County Executive wants to go this route, he may have better standing if this was a decree by the Erie County Legislature."