The new orange designation carries with it more restrictions on the ability to have pupils in class. Most will go fully remote if they haven't already. 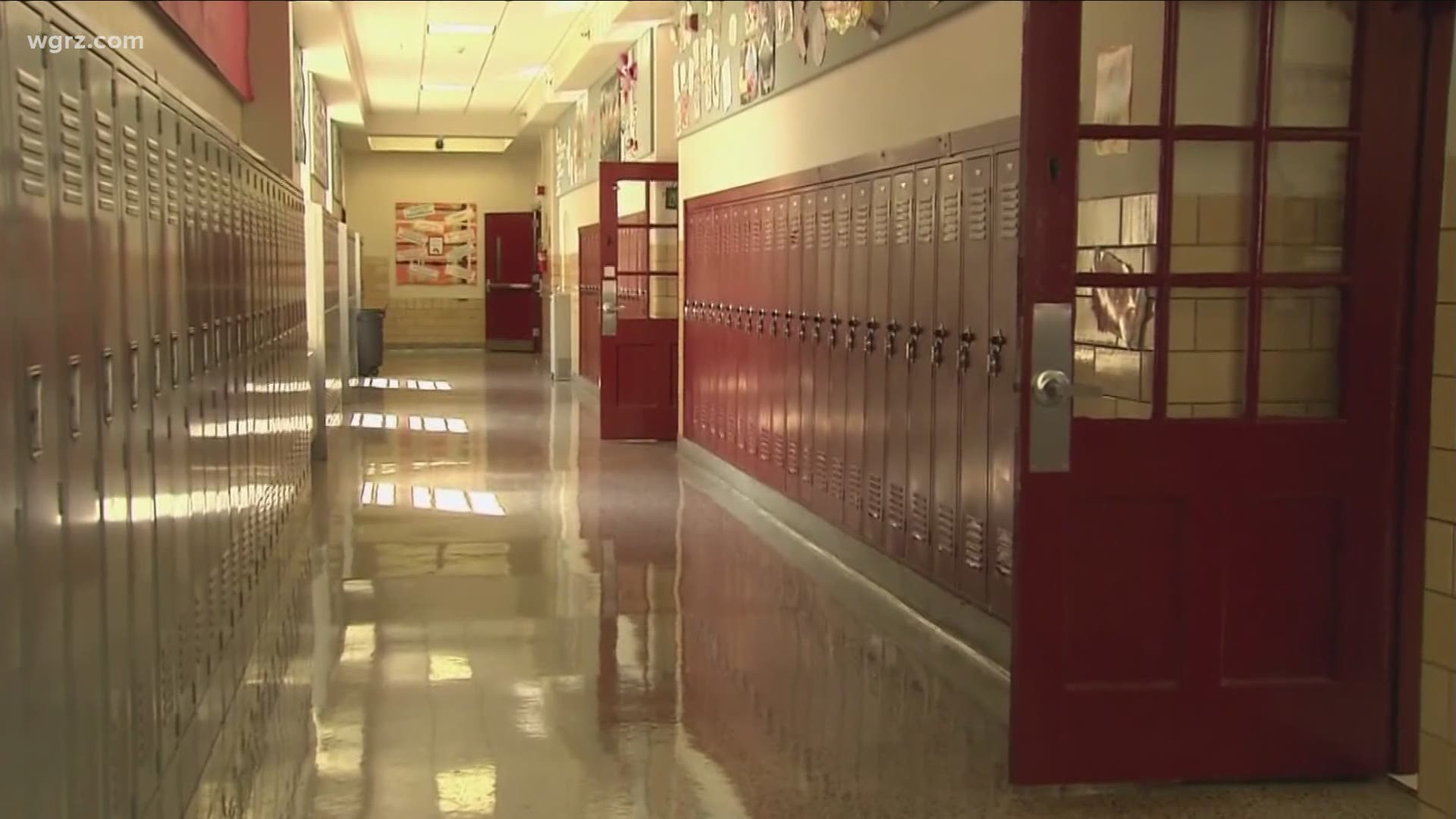 BUFFALO, N.Y. — The Amherst Central School District had been one of the few in Erie County that had actually marshalled the resources to remain open for in-person learning under New York State's "yellow" COVID designation.

Primarily because it had the ability to test 20% percent of staff and in person learners on a weekly basis, the personnel to conduct the tests, and the license it needed to conduct them on school property.

It was set to start Monday.

However, the new pronouncement by the state last Wednesday that Amherst, like much of Erie County, is now in a designated "orange" area makes conducting in-person learning highly unlikely.

In fact, even before the new designation, Superintendent of Schools Anthony J. Panella had informed parents, "If any of our schools are placed in an Orange or Red Zone, those schools will pivot to remote instruction."

Technically, a school located in an "orange" zone may resume in-person learning after a mandatory four-day closing.

But if it seeks to resume, according to Panella, "it's a much heavier lift."

First, under the more stringent orange and red testing metrics, a school seeking to reopen its doors to students would be required to initially test 100% of its in person staff and pupils.

Only those who test negative would be allowed to return, and then going forward, the burden of weekly testing would increase from 20% to 25%.

The reality for his district, according to Panella, would be that instead of being prepared to conduct 500 test per week, as it had been under yellow, it would have to conduct nearly 3,000 of them in that initial week of return.

"We would likely be forced to remain in remote instruction until we are placed back in a Yellow Zone or the micro-cluster designation is completely lifted," he wrote to parents.

In an interview with 2 On Your Side earlier this month, Panella, like many superintendents, maintained that schools were safe places.

"We have great protocols in place for health and safety," said Panella, while noting that, while in school, children are under the constant supervision of adults, who provide constant reminders of the health protocols (wear a mask, wash their hands, keep physically separated), which the teachers and staff are also required to follow.

In fact, some school administrators have theorized the risk of spread among children may be greater for those learning at home, where they may not have supervision, or reminders, and may, when they are not participating in an online class, be out gathering with friends.

"We haven't found any evidence that COVID-19 has been transmitted in our buildings because of those protocols," Panella said.

And there appears to be some emerging data to support this.

In Monroe County where, unlike in Erie County, the county's health department is actively assisting schools with testing, schools were able to begin their testing regime this week.

And in seven large suburban districts offering part or full time in-person learning, and where 3,500 tests were performed, they only found five positive cases among the staff members and in person learners tested.

In Monroe County, 5 positive covid results in 3,500 tests mandated to be given in “Yellow Zone” schools to staff and in person learners https://t.co/vP9etW8cjy