Buffalo Distilling Company will make hand sanitizer with locally sourced ingredients. That's in addition to its traditional bourbons and whiskeys. 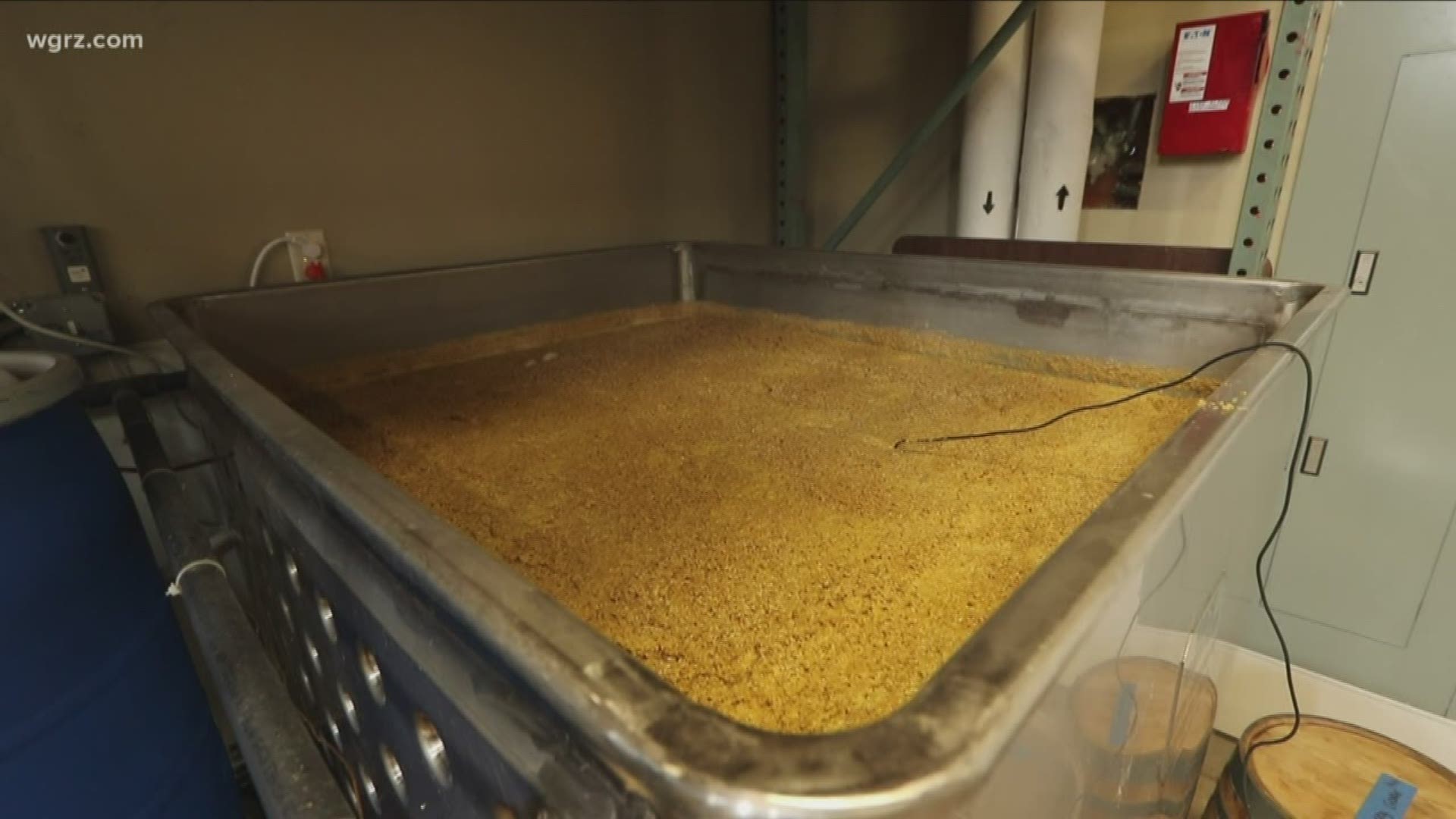 BUFFALO, N.Y. — A local distillery has switched over from just making alcohol you drink to also making hand sanitizer to help get us through the coronavirus outbreak.

Buffalo Distilling Company in Larkinville made a big change this week. It’s making hand sanitizer with locally sourced ingredients, in addition to its traditional bourbons and whiskeys.

Roy Bakos knew he had to adapt to the situation at hand: a huge need for hand sanitizer that's become so hard to find, and with his equipment and the stuff he uses to make alcohol normally, it was a change he was quickly able to make.

"It's just the parts of the alcohol that get used that are different. It comes out at a much higher percentage, and what you would do, what you would drink, but it's actually the type of alcohol, and hand sanitizer, and then one other part of the process is we are going to use a glycerin additive that's going to act as a moisturizer. Alcohol will dry your skin out. The glycerin will help to do that. We wouldn't put any other additives in anything we make for human consumption," Bakos said.

Bakos plans on selling the hand sanitizer to customers, but he also is going to work to connect with distributors for doctors’ offices and veterinary clinics to help keep their supply steady.

It's also helping his business adjust to these different times, times he says we really haven't seen since World War II.

"One of the things that I thought of instantly when all this started happening is my grandmother telling me what it was like with food coupons and rationing and, you know, all of her lady friends going to work in 1942. When all the men’s shifts opened, industries adapt, and Americans adapt. We're an amazing people. We competed. We all come from different places. And then, we all come together in times of crisis. And, I think this is one of those. And, we're going to keep adapting and do what we can do to that forward," Bakos said.

His company has made hand sanitizer before for its own use, but now he wants to mass-produce it.

"We've been contacted by a couple of friends who have a great need in the veterinary business because they're running out as the supplies are running shorter, and by a ton of people who are in essential jobs, food workers, postal workers, people who aren't going to be furloughed, if any of that stuff happens, who are trying to find hand sanitizer, and they can't find it anyway. And so, as those went up, the need kept going up. So, we decided to ramp it up, and all pretty much sort of went viral started on Facebook might locally viral and then went forward from there," Bakos said.

Bakos says he plans on doing this as long as he can keep getting the supplies he needs.

RELATED: A painful Catch-22 for Buffalo woman with coronavirus symptoms

RELATED: Doctors look at options for drugs to treat COVID-19