FedEx blames increased volume due to COVID-19 for delivery delays

2 On Your Side has received several complaints from viewers whose packages have arrived days later than expected or damaged. 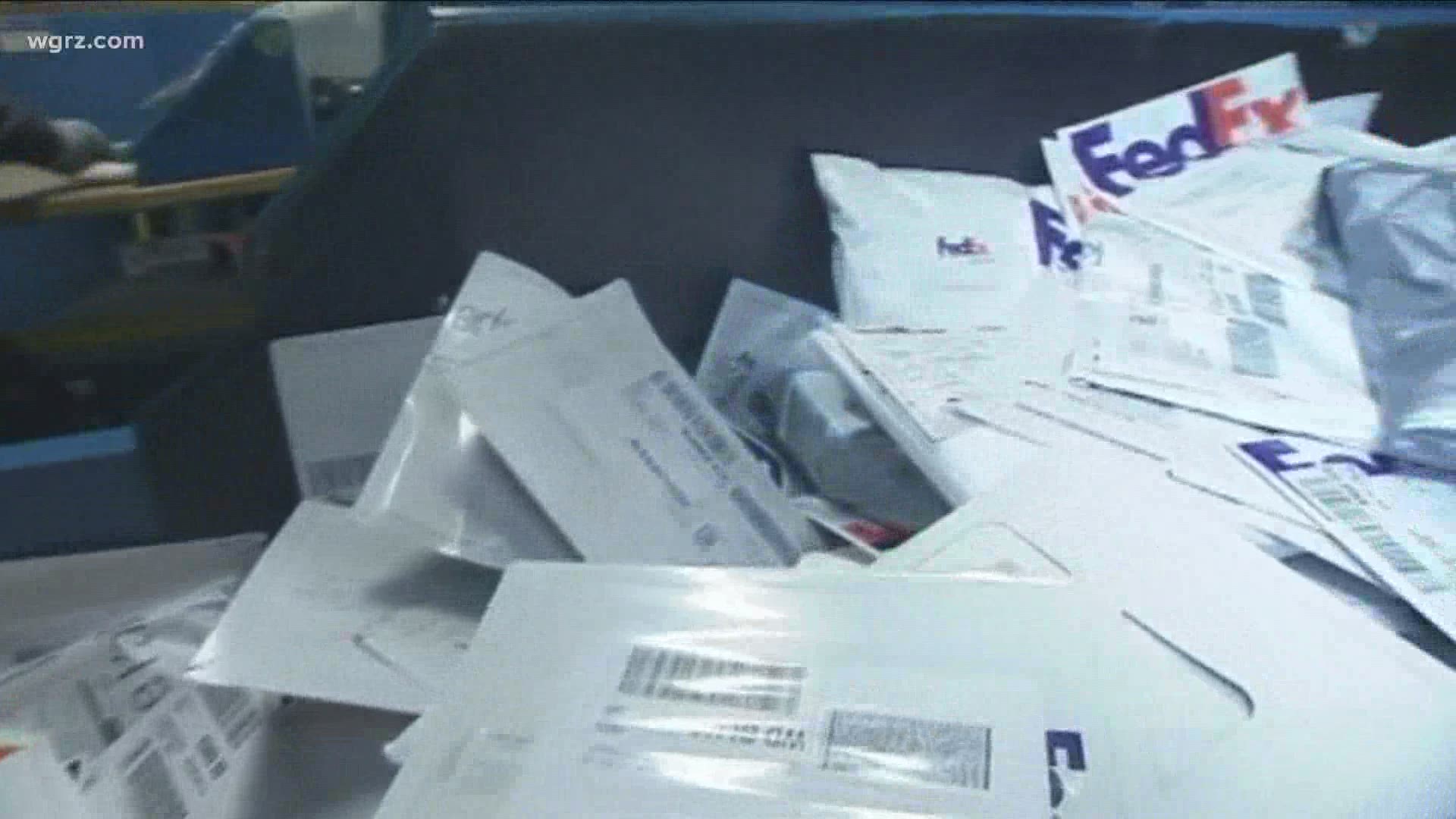 BUFFALO, N.Y. — Have you had a package delivered by FedEx that showed up on your doorstep days later than expected, or worse, containing spoiled or damaged goods? If so, you are not alone.

2 On Your Side has heard from several viewers who had similar experiences of items they've ordered arriving days past when they were told to expect them and in some cases, containing spoiled food that was no longer safe to eat.

Susan Brown lives in Williamsville and told 2 On Your Side that she has been waiting for her package to be delivered for four weeks.

"They are trying their best but it’s just sitting on some truck and they don’t know what trucks or where it is and they cannot give you an estimate of when it will be delivered," Brown said.

Donna Bryk shared a similar story, saying she has been waiting for an important delivery for nearly a month.

"I’m having some work done on my house, so I have contractors here that I’m paying and I’m telling them the package will be here tomorrow so come tomorrow and then it never shows up" she said.

When reached for comment, a spokesperson for FedEx Ground provided the following statement:

FedEx Ground is experiencing a surge of package volume due to e-commerce growth during the current pandemic that has resulted in a service delay for some packages in the Williamsville area. We apologize for any inconvenience caused by these delays and appreciate our customers’ patience as we implement contingency plans designed to restore service levels as quickly as possible. As part of this effort, some packages typically routed through our Buffalo station are being temporarily delivered from our Rochester station in West Henrietta. Customers may track their package or contact customer service by visiting www.fedex.com.

As for packages that arrived damaged, the company says customers should contact the original shipper or company ordered from to start a claim and help with reordering if desired.

You can also click here to get the claim process started.