Excelsior Pass issues popping up for some New Yorkers

There are concerns that the state may not be getting some correct vaccine verification information. 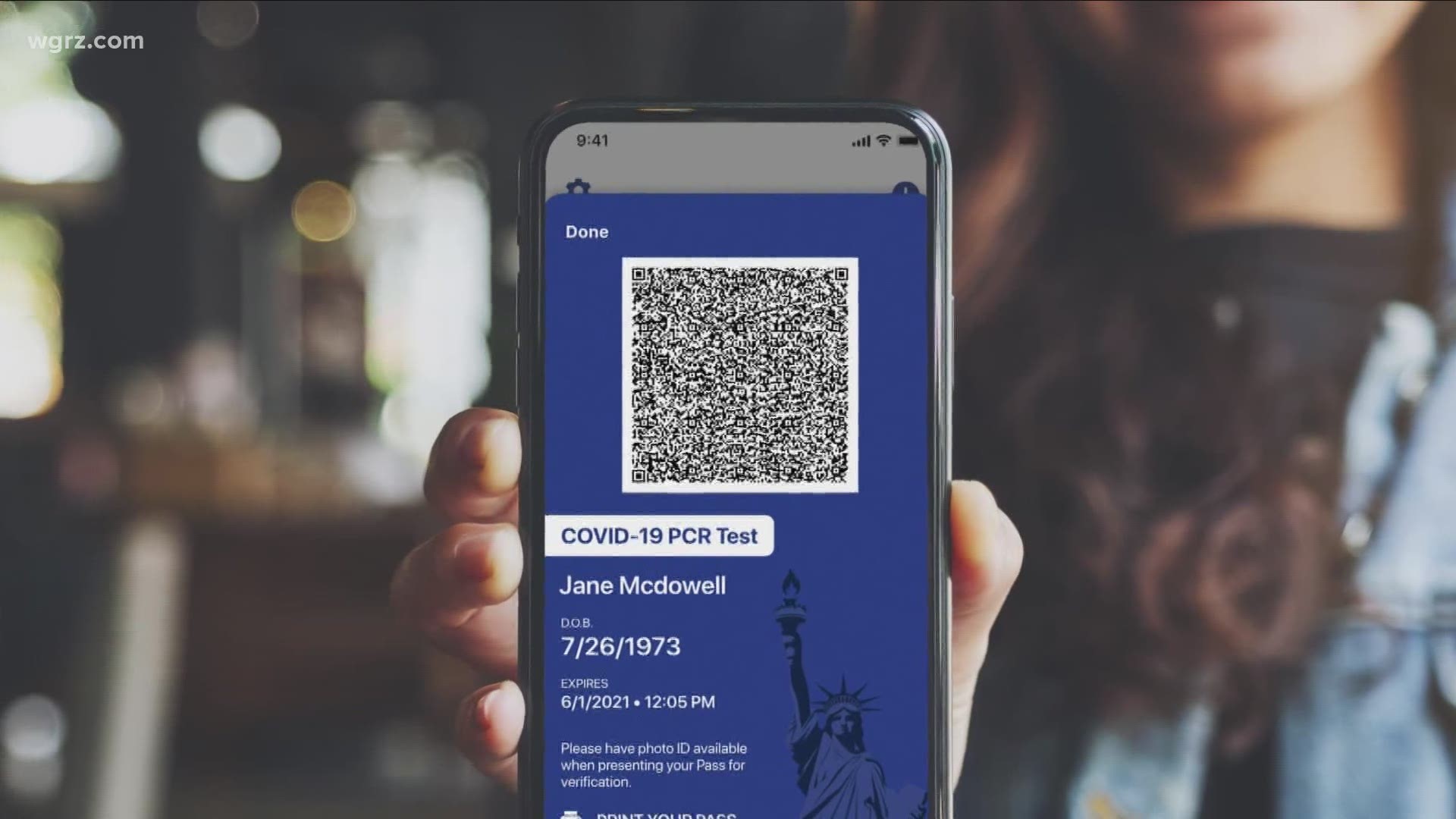 BUFFALO, N.Y. — 2 On Your Side is trying to find out more about why some people are having problems registering and being added to the state's database for the Excelsior Pass, or digital vaccine passport, as it's known.

Besides some controversy over the program and privacy concerns, people tell us they cannot readily register for the pass, with problems occurring as they enter their information. They also say they're worried there is no record of their receiving the vaccine.

Here's an example from a viewer named Becky who contacted us.

"I got my shots and waited the required time of 14 days; it was actually probably 20 days. And I started signing on to see if I could get my pass. And it keeps saying pass not found. Name not found. Okay, I did that a couple of days and then I reached out to Excelsior Help Desk, and they told me the exact same thing that is on the website."

Becky says she has tried repeatedly and does note her husband, who got the shots at the same time and location as she did on April 8, is listed on the database. She says she's frustrated as the state touted this system as a first of its kind sophisticated system developed in a partnership with IBM.

"You're promising something and it's not working. What's going on?"

A state spokesperson responded Thursday by saying that for most people there is no issue, and the few problems they've seen with the program seem to be with accuracy on the provider end, like the pharmacy or other agency that actually administered the shot. However, Beck says that provider checked and told her they did it right.

It's not for us to judge, but at least she's not alone.

New York State Assemblymember Karen McMahon told 2 On Your Side, "The only person that I know of who is not able to access the Excelsior Pass is me."

She added, "I think it was because when I got my second dose, I had to get re-entered in the system. There was some kind of, you know, data glitch."

A little glitch or not, the Excelsior Pass program was developed as a quote partnership between the state and IBM.

So we asked McMahon: "So perhaps it's a principal thing, that the state promises it, and then it's not happening. You can't even get on it. Does that bother you?"

The Amherst Democrat replied: "You know, I think as with all these new technologies and new programs, I think they just have to work out the kinks, and I'll keep trying."

We asked but did not get an answer from Albany officials as to whether the state paid for it with our tax dollars. So we asked further: "Would you be willing to look into it and see if there's a disconnect, because you can't even do it yourself?"

She responded: "Yes. I can absolutely look into it and see what the problem is. If they're looking into it and some specific solutions, I'd be happy to share that with you."

If you are concerned about not being listed in that database with the Excelsior Pass, again, be aware that the vaccination must have occurred in New York State, you must wait 14 days, and make sure you enter your data accurately and completely.

Also be aware that your actual vaccination card is your best proof of getting a shot. It might be wise to make some copies of it and keep them in your purse or wallet, and also take a picture of it with your phone, and just keep that available as well.