While many Western New York high school wrestlers prepare to take to the mats once again, those in Erie County, for now, will not be allowed to resume their sport. 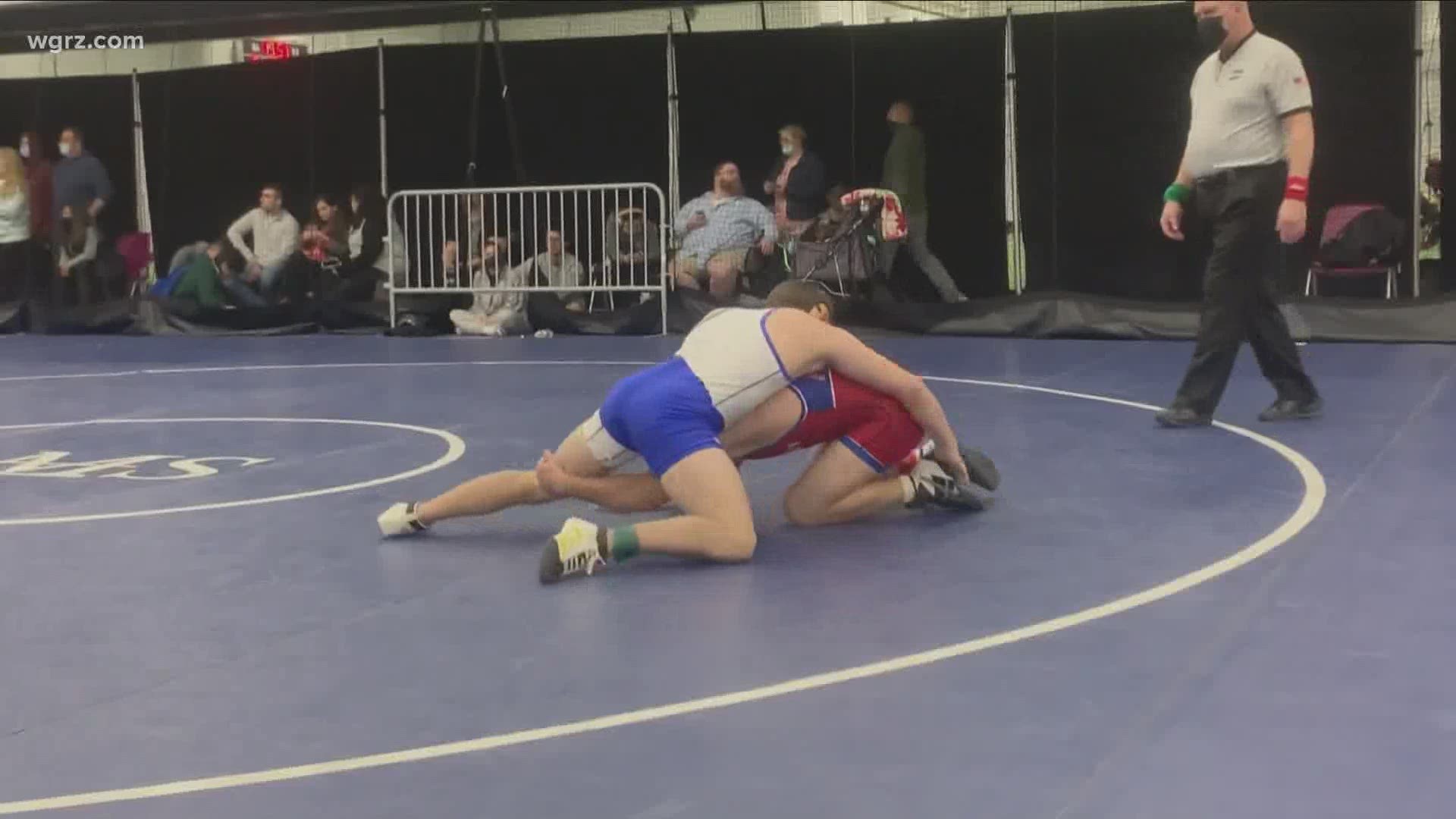 But only in Erie County.

Schools in other counties within Section VI will start their wrestling season in May.

Not the 'sit out' they had envisioned

When it comes to so-called higher risk high school sports, the state of New York has left it up to counties to recommend which ones could proceed.

When county health departments across Western New York recommended back in January that wrestling should not be permitted, Section VI decided to move that winter sport to spring, hoping that by now things would improve.

However, due to what it calls a continued and concerning level of community transmission – especially among school age children – and the inability of wrestlers when they compete to wear a mask, the Erie County health department has again recommended that wrestling meets should not be held.

While the county also notes that Section VI is an independent entity that doesn’t need permission to have wrestling, section officials made the decision to heed the county health department’s advice.

In a statement, Section VI President Brett Banker said “school leaders cannot take on the liability associated with splitting off from the ECDOH’s recommendations.”

But what it also means is that high school wrestling can go on starting May 3 in Allegany, Cattaraugus, Chautauqua and Niagara counties.

Jeff Schoenthal is both the father of a high school wrestler and a wrestling coach with programs in Holland and East Aurora.

“It is heartbreaking for all these kids,” Schoenthal said. “Most of these kids nowadays have put in time since kindergarten … and now they reached the high school point, and this is the big show, and this is what everyone has dedicated all this time for.”

Making the case that wrestling is safe

If the science tells us that COVID is spread through close contact and respiratory secretions, one might logically presume that wrestling is the last activity you’d want to sanction.

However, Schoenthal and other members of the wrestling community contend their sport is as safe as others, which are permitted.

“You have 10 kids on a basketball court all at once, so realistically one player has exposure to nine other players. Then you have substitutions coming off the bench, so what’s that … 15 or 16 exposures per player?” he asked.

“Wrestling is one on one, with no substitutions,” he said, noting that in a typical dual meet, a wrestler will only have close contact with one other athlete.

Schoenthal noted as well that a typical match lasts no longer than six minutes, and in some cases can only last seconds, which is far less time for exposure, for example, than two linemen might encounter when they battle in close quarters on a football field, where there are 22 players at a time with liberal substitutions.

Further, despite wrestling having been conducted in other parts of the state during its normal winter season, there were no outbreaks of COVID-19 associated with wrestling meets, although there were a few occasions where teams were put on “pause” as a precaution when individual athletes had tested positive for COVID.

“But there's no evidence that wrestling was a spreader,” Schoenthal said.

Pinning their hopes on community support

Section VI has indicated that it is prepared to let Erie County high schoolers resume wrestling, but only if the county’s health department changes its recommendation.

"We need this community to get behind these kids, and we need the department of health to look at the facts,” Schoenthal said.

Meanwhile, there is an online petition called “Allow Erie County Schools to Wrestle" on change.org