The dire economic straits due to the coronavirus could have a particularly crippling effect on Erie County finances. 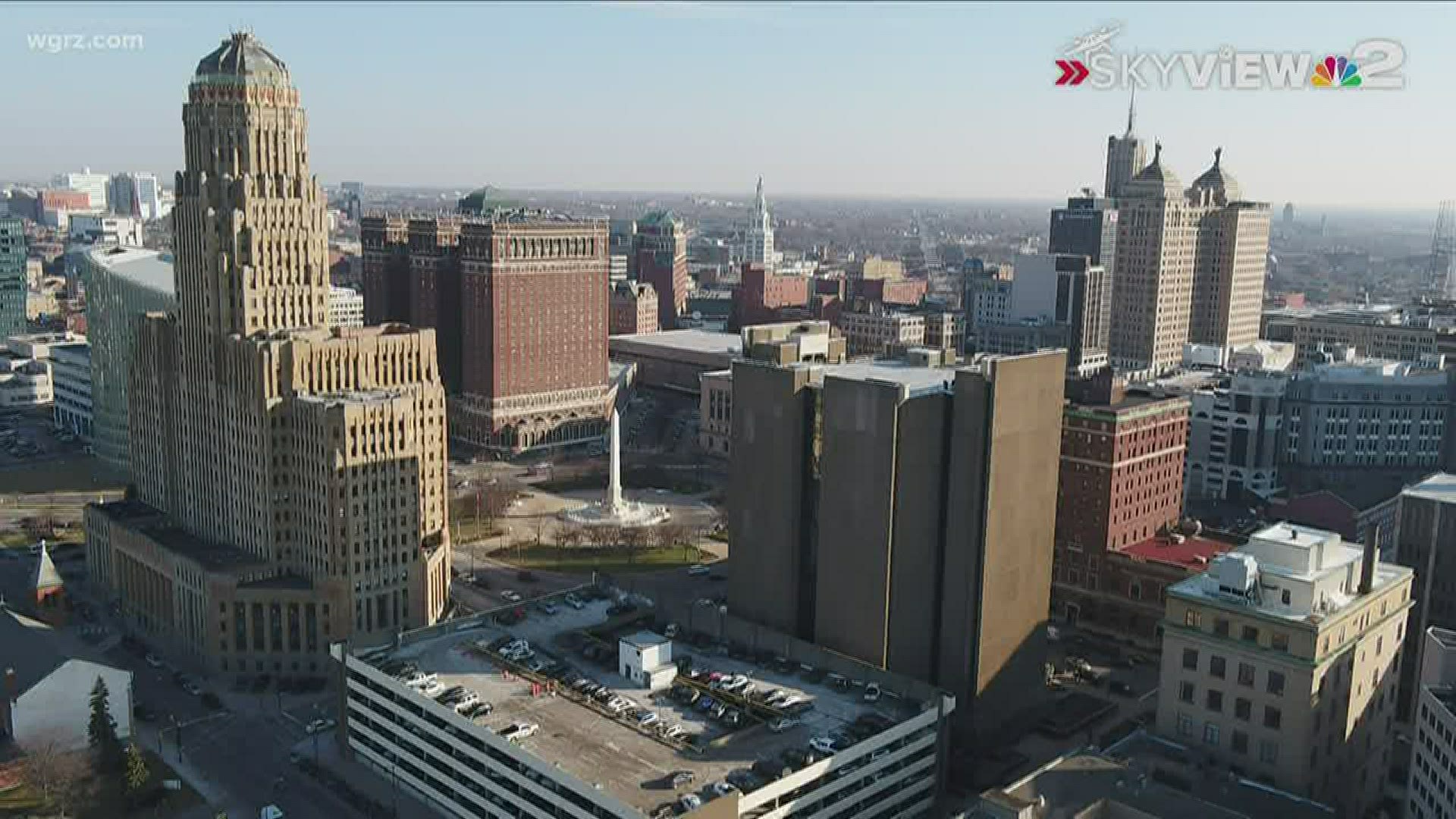 BUFFALO, N.Y. — Erie County is unique among most counties in New York State because it annually brings in more in sales tax that it does in property taxes.

But with stores and other businesses closed, and so many people unemployed and presumably spending less, the projections for sales tax collection between March, when the coronavirus stay at home order was imposed, and June are beyond bleak.

“We won’t know the amount for March officially until May 12," Erie County Comptroller Stefan Mychajliw said. “But our office can project that if we lose 50 percent of sales tax in those three months, that would equate to a loss of $80 million. And it would be almost $130 million if sales tax revenues fall by 80 percent.”

Those revenue losses would be in addition to a projected $30 million cut in aid from New York State which has its own fiscal problems, and which Governor Andrew Cuomo has described as being "broke.”

On Thursday, Mychajliw expected the county to receive a $159 million payment from the federal government under the CARE Act. However, there are strict guidelines as to how the money must be spent that will not help the county’s potentially dire financial circumstances.

“It can only be spent directly on coronavirus related expenses and not something that was budgeted," explained Mychajliw, who says that so far expenses for the county directly related to coronavirus have amounted to about $22 million.

“It means the bulk of that money would remain unspent, unless we can convince the federal government to allow us to use it for other purposes,” he said.

To that end he is joining other local elected leaders in calling on Congress to change the terms of the aid.

“I’m as republican and conservative as anyone, but we can’t cut our way out of this. This is no one’s fault. … Democrats and Republican must work together,” Mychajliw said. “We need to call on Congress to amend the legislation to allow us to use some part of that $159 million dollars to offset the loss of sales tax revenue. The alternative to that is to get the economy moving again."

If neither of those two things happen, however, Mychajliw believes the consequences for Erie County will be grave.

“There potentially could be permanent damage to the Erie County budget moving forward where we may not be able to recover. … I mean, it will end county government as we know it. It would make the red green budget days look like a walk in the park."

RELATED: Could the reopening of New York be done region-by-region?