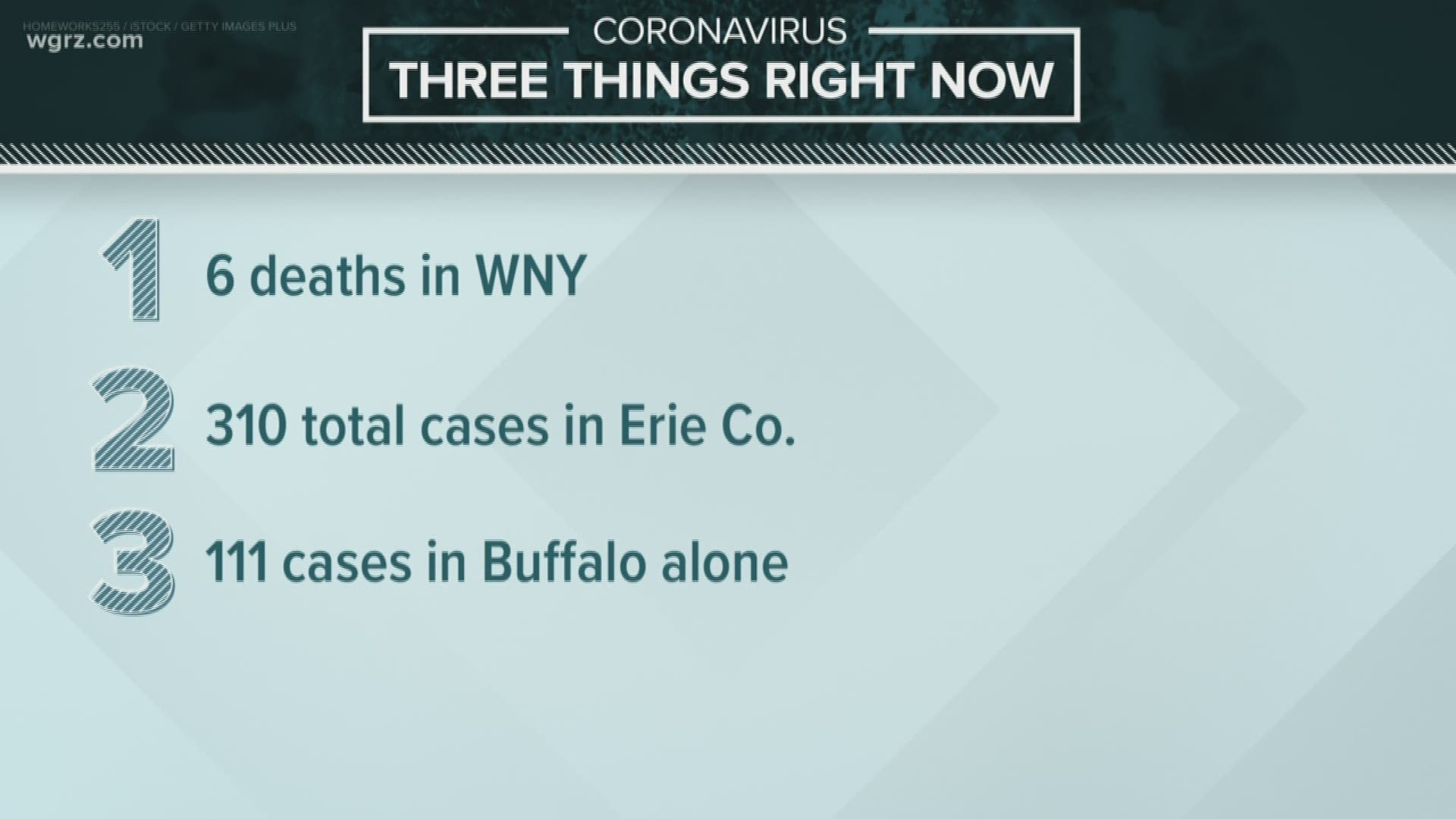 The announcement, made by Erie County Executive Mark Poloncarz, was made on Twitter on Friday night.

There were 89 new cases reported in the county on Friday, bringing the total to 310. Of those, six people have died and 27 have recovered.

Erie County announced three deaths on Thursday: a woman in her 70s, a man in his 70s, and another man in his 80s, according to Erie County Executive Mark Poloncarz.

As of Thursday night, 49 people were reported being hospitalized locally for COVID-19. Twenty of those cases are currently in the ICU.

Dr. Gale Burstein, the Erie County Health Commissioner, says current hospitals are below capacity, but she expects the need for hospitalizations will increase, and that local hospitals are doing what they can to increase capacity.

Burstein answered several questions asked by 2 On Your Side, including how many people are waiting for a test and the presumptive number of cases.

Burstein says that about 20 to 40 people are being tested every day, and the laboratory turnaround is currently 24 to 48 hours. She added that they're not sure what the backlog is now, but they've caught up to the point where tests take only a day or two.

In regards to the presumptive number of cases, Burstein says that people should assume that there is probably someone that you will come into contact with that has COVID-19.

She added that based on current medical estimates, it is believed 50 to 80 percent of the population could become infected with COVID-19 by the end of the pandemic, although she is hopeful that the current non-pharmaceutical interventions will help reduce the number of people who will be infected.

Burstein is currently unsure of when they will receive the federal testing supplies.

Here are the confirmed cases of COVID-19 broken down by communities as of 3 p.m. Thursday:

Erie County additionally recommended that those in need of mental health services contact Crisis Services at 716-834-3131.

RELATED: Niagara County has 5 new cases of COVID-19, up to 19 total