The number of cases continued its steady climb in both the Western New York and Fingers Lakes regions, and the state as a whole. 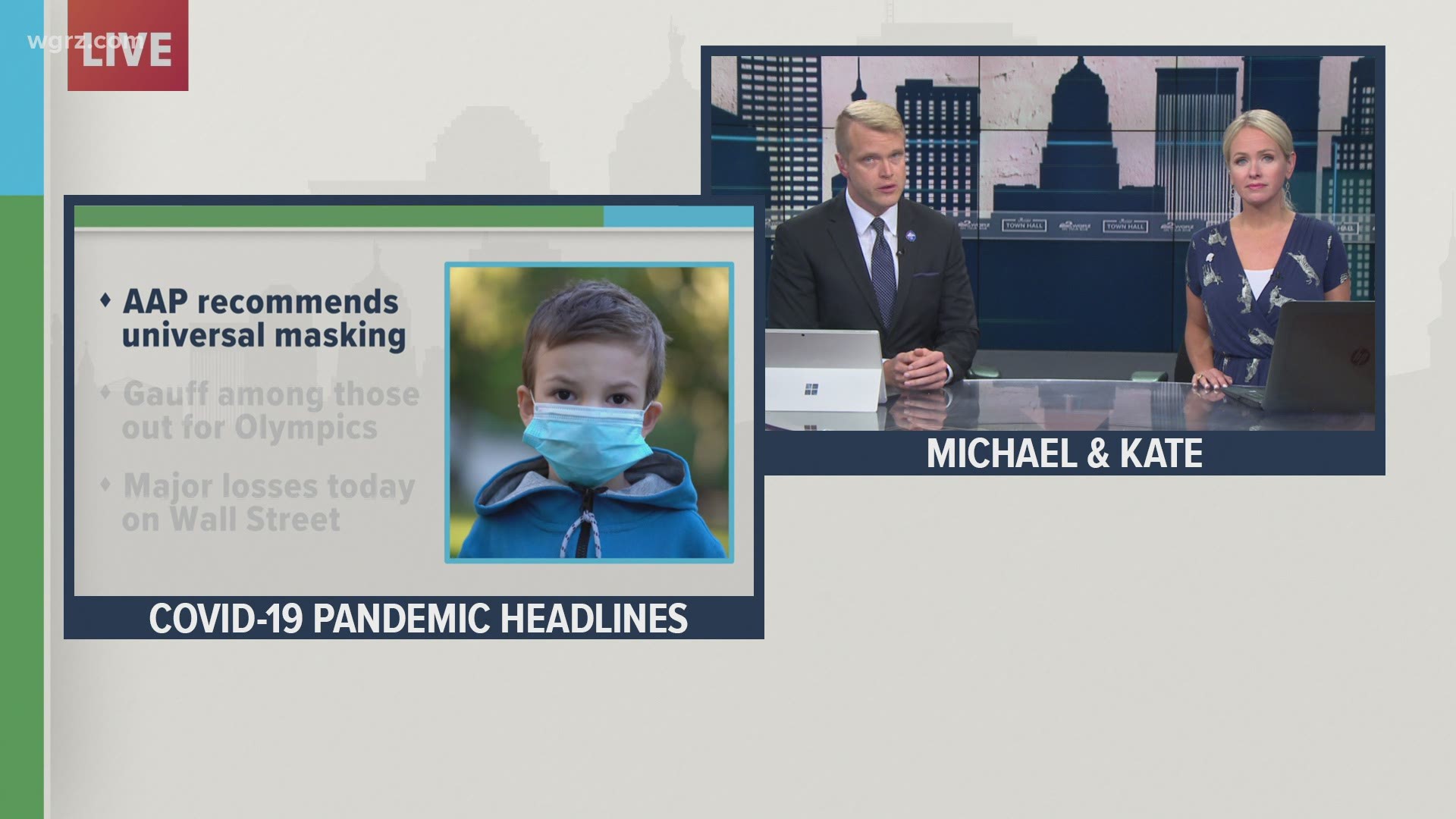 The state said Wednesday that the seven-day average percentage of positive test results continued its steady climb, as well, both in the Western New York and Fingers Lakes regions but the state as a whole.

The state's seven-day average percentage of positive test results for the period ending Tuesday is 1.75 percent. The previous two days, it was 1.67 percent on and 1.18 percent, respectively.

The Western New York region's seven-day average for positive COVID-19 tests was 1.56 percent on Tuesday. That number is up from 1.55 percent on Monday and 1.42 percent on Sunday.

In the Finger Lakes region -- which includes Orleans, Genesee, and Wyoming counties -- the seven-day average on Tuesday was 1.14 percent. That is also up from 1.10 percent on Monday and 1.01 percent on Sunday.

"Getting vaccinated is more crucial now than it's ever been before. As the Delta variant makes its way through the nation, it is the best way to protect yourself and your loved ones against the virus," Governor Cuomo said in a statement.

"The vaccine is safe, effective, free and accessible. There's no excuse not to get yours as soon as possible. This is steadily becoming a pandemic amongst the unvaccinated - utilize the weapon we have."