Governor Andrew Cuomo announced Wednesday that counties in New York State are now allowed to require that mask mandates be extended at all times in schools. 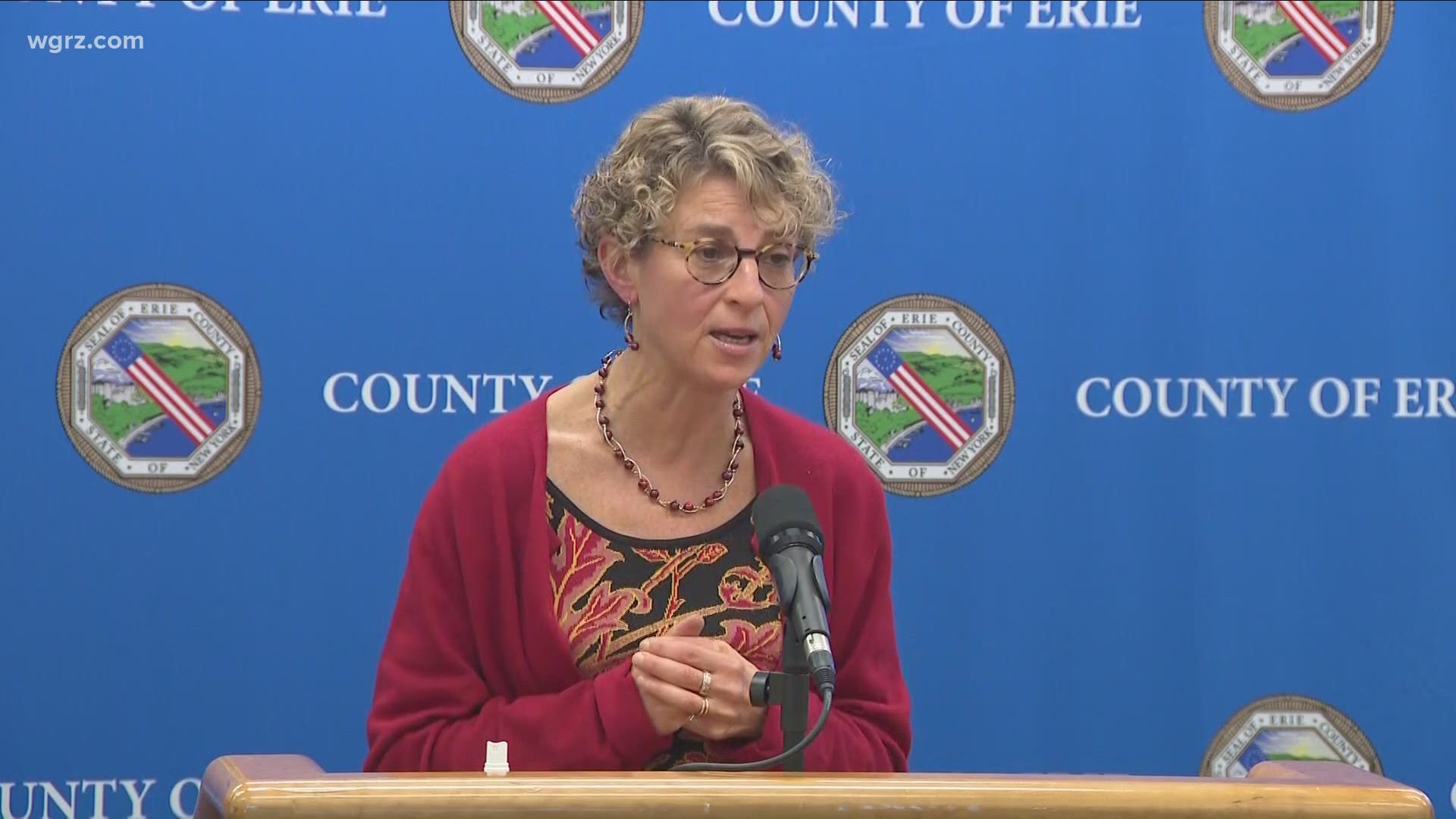 BUFFALO, N.Y. — Young people continue to be those with the highest number of positive COVID-19 cases throughout Erie County.

For the week ending October 24, those in the 0-19 and 20-29 age groups made up nearly 43 percent of those who tested positive for the virus. Based on those numbers, Erie County Executive Mark Poloncarz believes most of the cases are school related.

Governor Andrew Cuomo announced Wednesday that counties in New York State are now allowed to require that mask mandates be extended at all times in both public and private schools.

During the press conference, Erie County officials said they plan on issuing a mandatory mask mandate for all schools in the county by the beginning of next week. Poloncarz says most schools, with the exception of some private schools, already mandate mask wearing. He said county officials will consult with school superintendents about what a mask order would entail, and expects to release details of the order by the beginning of next week.

"We have received reports. We have sent our staff in to check and to confirm and to basically drop the hammer. If we are getting reports, and we walk in there and see the kids not wearing masks and the teachers not wearing masks, we can close your school. The state gives us the power to do that," Poloncarz said on Wednesday.

Poloncarz declined to say which private schools the Erie County Department of Health has already checked out.

It is the season for non-covid viruses as well so many people are getting tested. Scheduling is done on first come first serve basis. pic.twitter.com/3DlRUhW8RO

As of October 26, 47 percent of those hospitalized for COVID-19 in the Western New York region are in Erie County, while 53 percent are in the other four counties. Poloncarz says the number of hospitalizations outside Erie County are the highest since early June and very concerning.

The Western New York region is made up of Erie, Niagara, Cattaraugus, Chautauqua and Allegany counties.

For the week ending October 24, the highest percentage of positive cases in Erie County, 6.6 percent, came from the 14212 zip code. Erie County Department of Health Commissioner Dr. Gale Burstein says contact tracing has shown more than half of the cases are associated with just a few households and not related to community spread.

Since October 19, four Erie County residents have died, two in the hospital, two in nursing homes.

Dr. Burstein said they are seeing an increased number of positive COVID cases related to travel. She begged people to think twice about travel and reminded them there are only a handful of states right now not on the New York State Travel Advisory list. She also said that you should only go to neighboring states — Connecticut, Massachusetts, New Jersey, and Pennsylvania —  for essential travel.

The Erie County Executive was also asked about safety at early voting sites and how people who are under quarantine can vote.

Early voting is underway already, but if you've traveled to a place on the travel advisory list and are quarantining, or have COVID-19 and can't vote in person, you can still get a ballot. You can still get an absentee ballot and either drop it off at the Erie County BOE or post mark it by November 3.