ECMC chief medical officer: 'We are really entering the third wave' in WNY 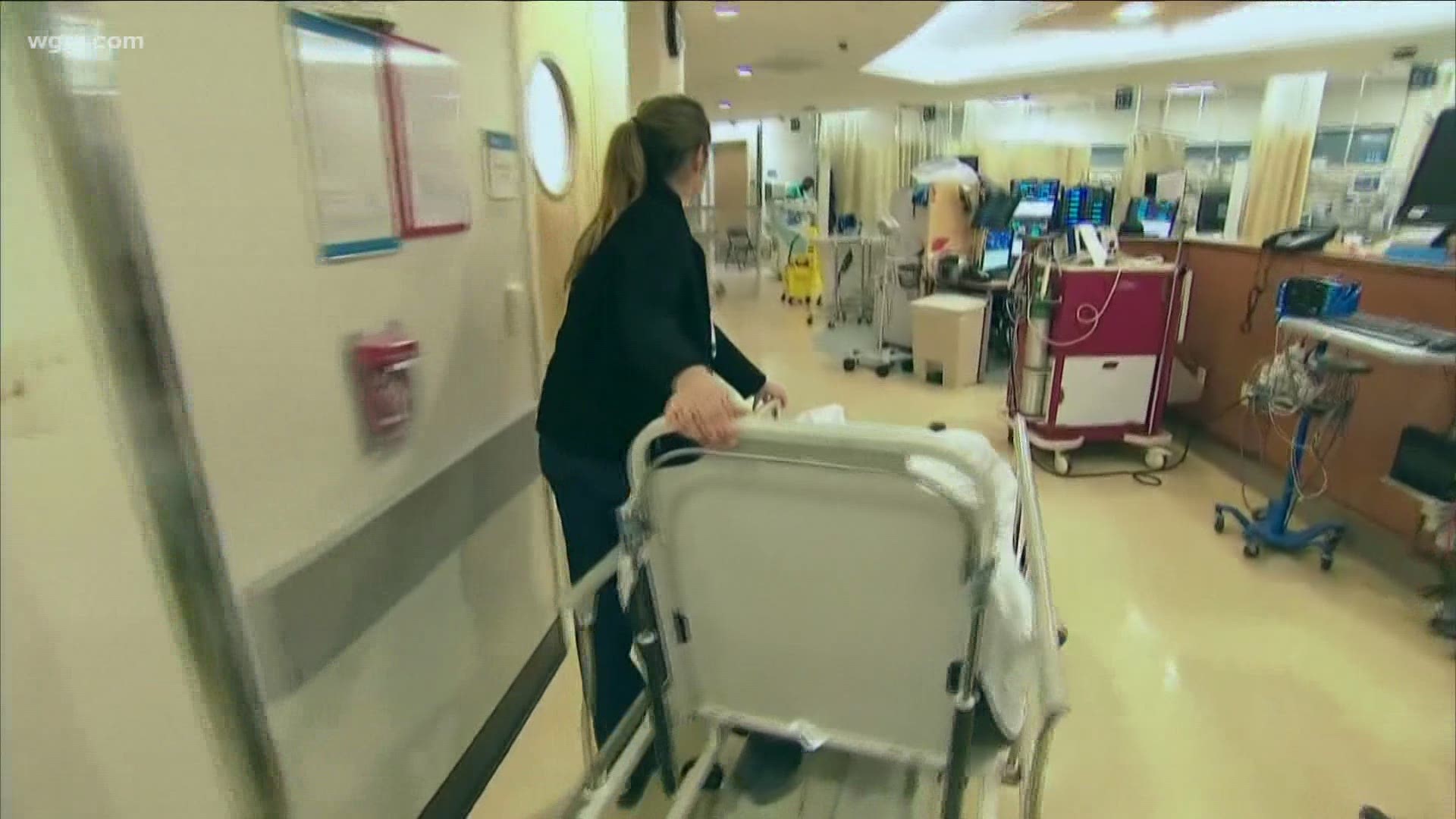 BUFFALO, N.Y. — For nearly three weeks, COVID-19 hospitalizations in Western New York have been on the rise, and at this point, they are just as high as we saw during the first wave a year ago.

We have been looking into the data and talking to hospital officials about what they are seeing.

As cases rise, so are COVID-19 hospitalizations.

We checked in with local hospitals on what they're seeing.

"One (factor) is unquestionably the relaxation of social distancing in general," Murray said. "There is no question that the second major factor is the emergence of these newer variants."

At ECMC, as of Thursday morning, 52 patients diagnosed with the coronavirus were at the hospital, which is as high, if not higher, than the peak in March. ECMC says the hospital got into the 60 admission range in December.

"The spike that we're seeing now is very similar to the spike that we saw back in April, March, April, May timeframe a year ago," said Joseph Ruffolo, president and CEO of Niagara Falls Memorial Medical Center.

But unlike the first wave, primarily younger people are getting sick, according to recent numbers from the Erie County Health Department, COVID cases are primarily being seen in those who are 20 to 39 years old.

"The rationale for this, I think, has to be that these people are the unvaccinated pool," Murray said.

ECMC's chief medical officer is worried about what could happen next.

So far, ICU numbers have remained relatively low across the region.

"I think there have been advances in the treatment particularly the use of corticosteroids to prevent people progressing from severe pneumonia to being on a ventilator is probably the single biggest breakthrough," Murray said.

According to the Centers for Disease Control and Prevention, COVID hospitalizations have been ticking up nationally.

A spokesperson for Kaleida Health told us, regarding ICU numbers at Buffalo General, they have been hovering between 17-20 admissions over the last week or so. Overall, across Kaleida Health sites, there have been on average, 25-28 COVID ICU admissions total, with a fluctuation of a couple admissions per day.