Mickey Kearns says he's heard from vets who got their vaccine through the VA. They haven't been able to get a pass due to federal laws on veteran health privacy. 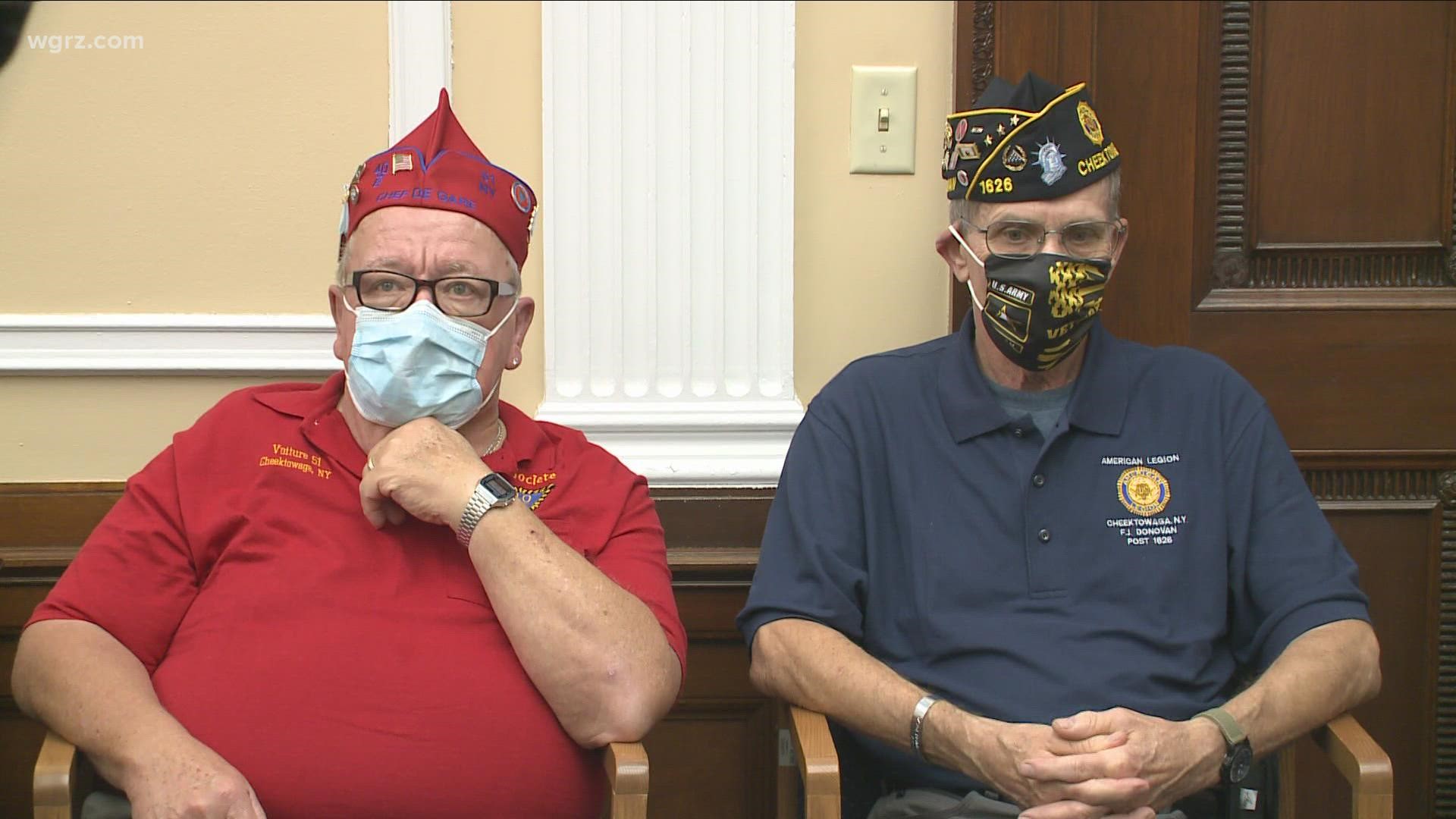 BUFFALO, N.Y. — New York's vaccine passport the Excelsior Pass has been around for months now, but apparently a lot of veterans are still having trouble getting it.

That's the issue Erie County Clerk Mickey Kearns highlighted on Wednesday as he pushes the state to fix the issue.

He says he's heard from several vets who got their vaccine through the VA, and who haven't been able to get a pass because of federal laws on veteran health privacy.

He says the VA can only share health data with the state if the state passes a law mandating it, and he says the governor and legislature need to do that.

"I understand that not everyone agrees with the requirements of a vaccine pass, but I hope New York state moves quickly to resolve this roadblock so veterans who want that choice have a proper access to the excelsior pass system," Kearns said.

2 On Your Side has reached out to the governor's office to see if they have any response. We did not receive an immediate response.