The governor told 2 On Your Side's Kelly Dudzik he blames it on people's behavior, specifically the lack of mask wearing. There's no evidence to back that claim. 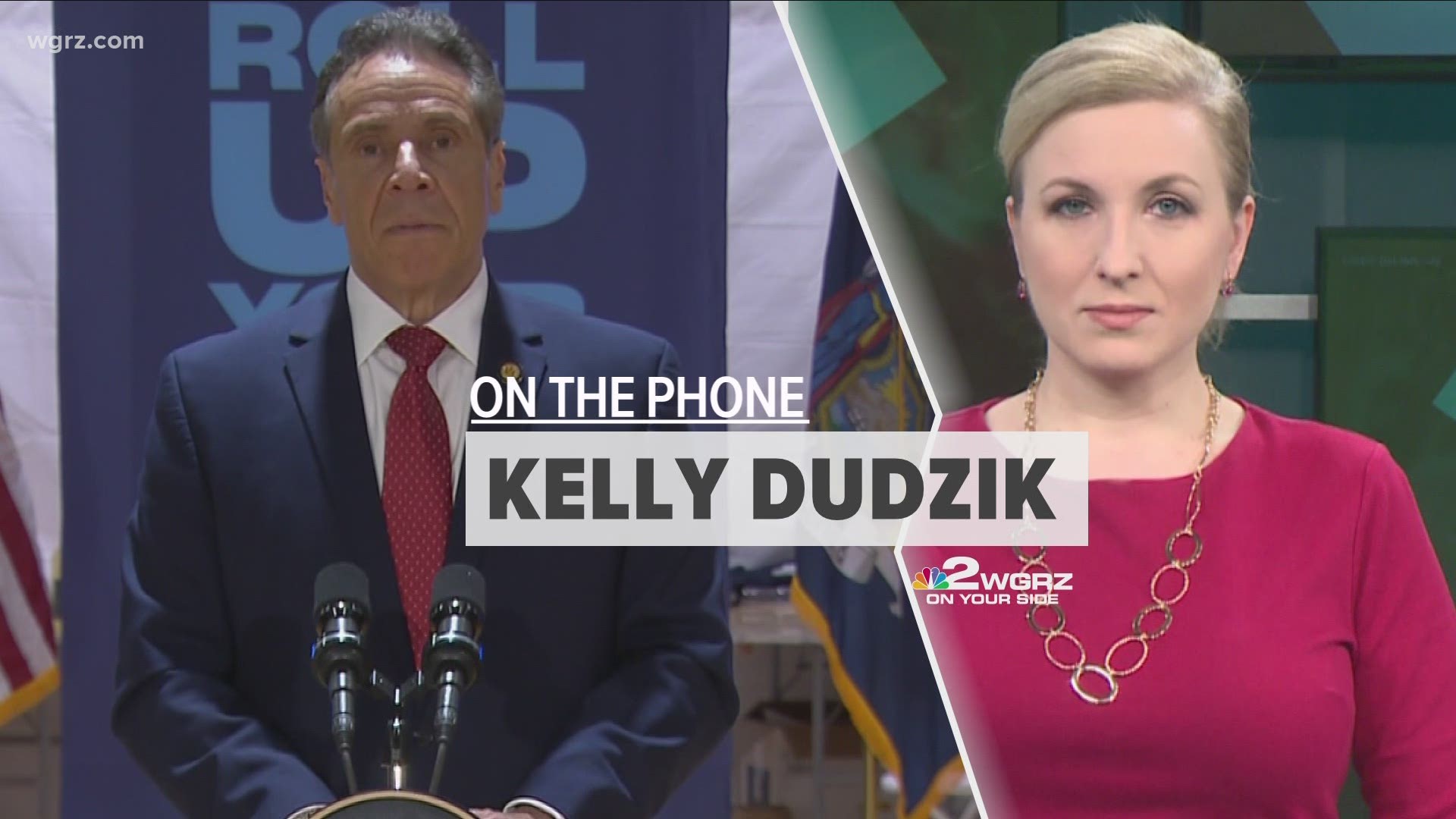 Speaking from New York City, the governor told 2 On Your Side's Kelly Dudzik he blames it on people's behavior and specifically cited the lack of mask wearing.

However, when 2 on Your Side asked the New York State Department of Health if it has done any studies, surveys, or has any data to show that people in Western New York wear masks any less frequently than those in other parts of the state, it said it keep no data on mask compliance

"This is no new story in Western New York," he added.  "When COVID-19 started in Western New York, you had a higher positivity rate than many other part of the state - right out of the box. One of the lowest mask compliance rates, right out of the box. One of the highest resistance to any of the rules; bars, restaurants, schools, businesses, because people, some people, do not take the COVID-19 issue as seriously. And obviously you will see that in vaccinations, because if I'm not going to wear this (showing a mask), I'm not going to roll up my sleeve and get a shot.

However, the latest data from the health department shows that the vaccination rate in Western New York is actually above the state average.

"Look at your infection rate. And at one point, the numbers did change in Western New York. When they saw on the nightly news that people were going into the hospitals and people were dying, they took it seriously. The numbers changed. I think we're now in a period now where people have COVID-19 fatigue," said Cuomo.

Cuomo said 45 people around the state died from the virus on Thursday.

Asked why the governor is not allowing media to attend his briefings now that COVID rates are declining, Cuomo said he's done news conferences in every 'shape or form' for 30 years and he transitioned to virtual briefings like many other elected officials have since the pandemic began.