Governor Andrew Cuomo says region has gone from highest positivity in the state a month ago to currently 4th lowest in the state. 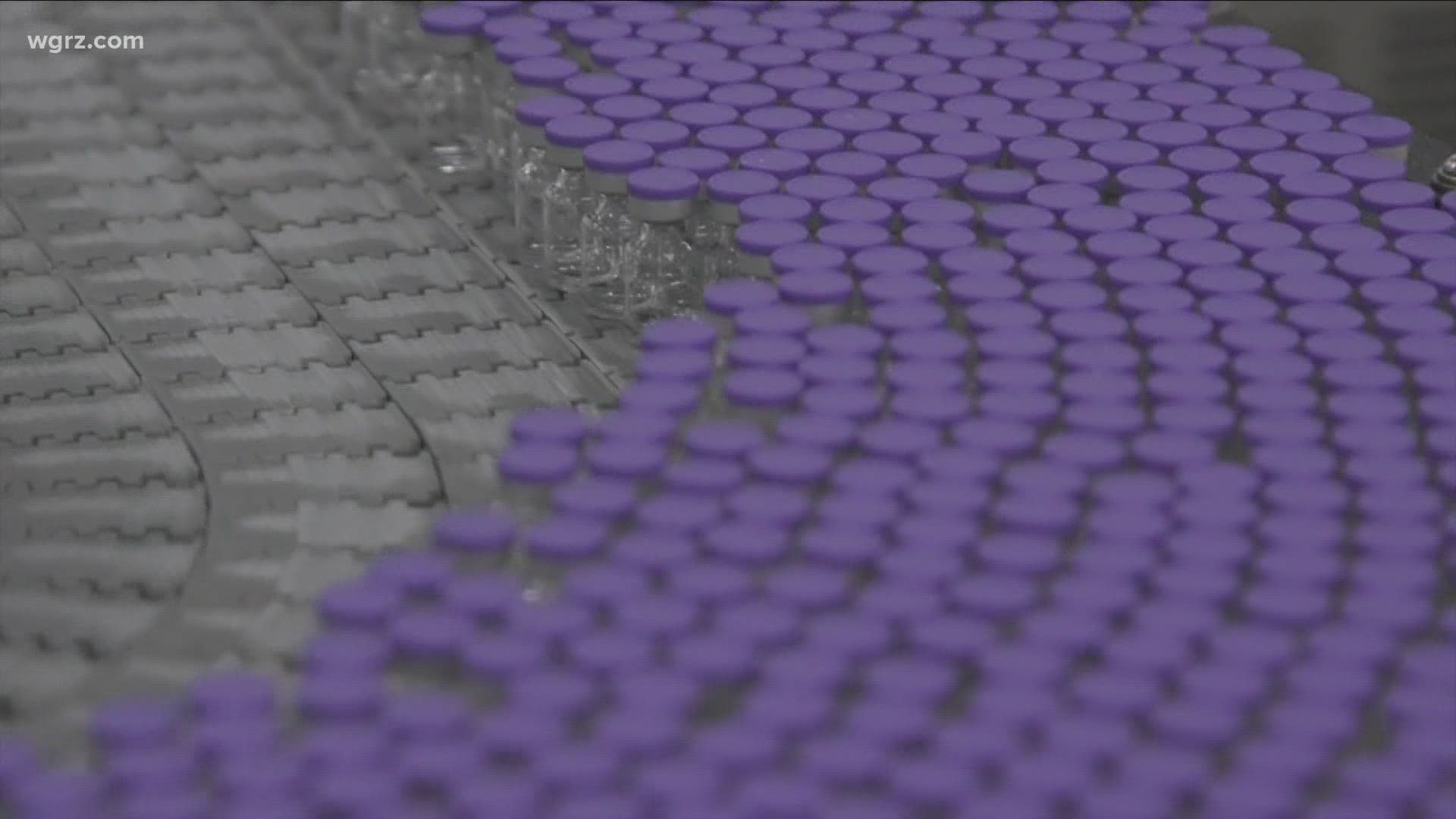 ALBANY, N.Y. — Governor Andrew Cuomo Monday provided an update to New Yorkers on Day 303 of the state's on-going response to the COVID-19 pandemic.

Cuomo said the WNY region, which encompasses Erie, Niagara, Cattaraugus, Chautauqua and Allegany counties, has gone from having the highest positivity rate in the state a month ago to currently having the fourth lowest.

The WNY region currently has 494 people in hospitals being treated for COVID-19, or 0.04% of the population. The region's positivity rate currently stands at 6.43%.

"Western New York is doing a good job getting ahead of the positivity rate," said the governor.

However, the governor did express concern that the state has seen an uptick in positive cases across the state over the weekend. He said health officials are studying the numbers to explain if there is a circumstantial situation responsible, or if there was possibly pre-Christmas spread that is being evidenced now.

Cuomo says the state health department and the Buffalo Bills continue to work together to develop a pilot plan to return at least some fans to the stadium in time for any potential home playoff games and says more news on that topic will be coming soon.

The governor also announced he is signing an Executive Order Monday to withhold pay increases for all Commissioners and elected officials, including himself. The Executive Order preventing housing evictions and foreclosures has also been extended. 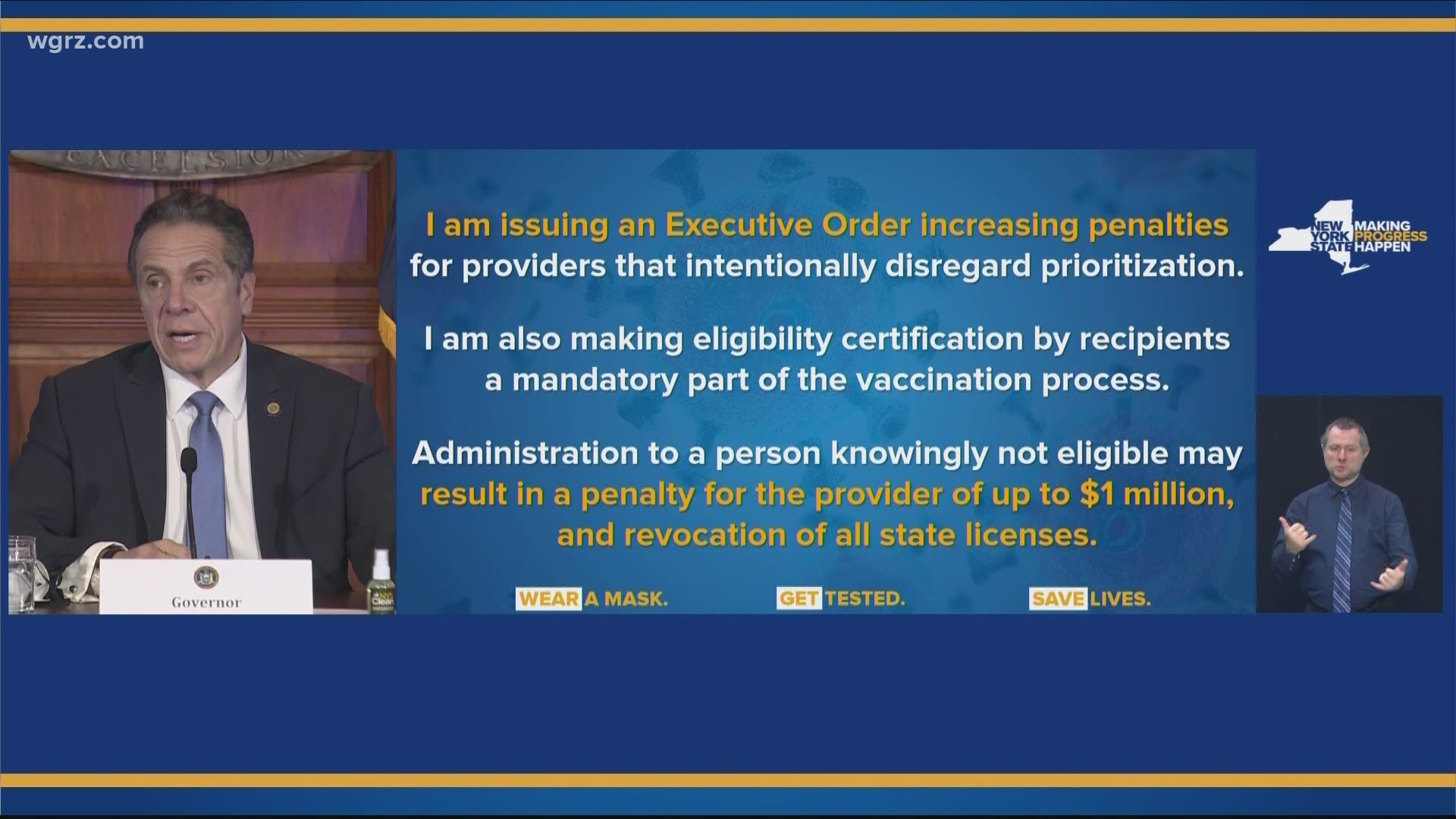