The governor accused the federal government of creating a crisis by increasing eligibility but not increasing supply. 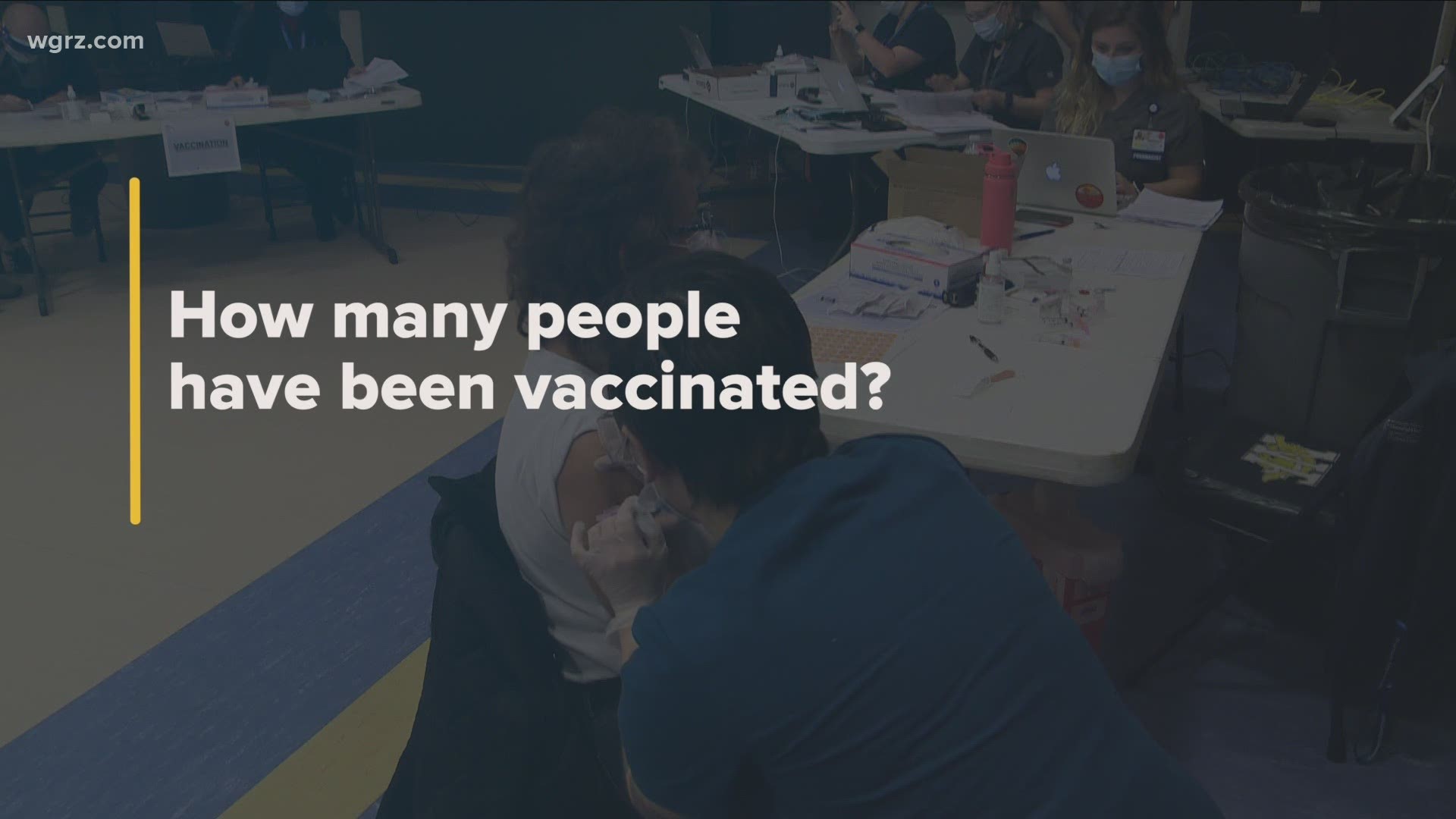 There is some good news to report. Cuomo said statewide, the positivity rate is showing evidence of decline as social activity from the 37-day holiday period between Thanksgiving and New Year's has begun to decline.

A new record of 324,671 test results were reported for January 15. The numbers of those hospitalized with COVID-19 is down statewide.

In the WNY region, which includes Erie, Niagara, Allegany, Cattaraugus and Chautauqua counties 527 people are currently hospitalized with the virus for a positivity rate of 6.93%.

The not so good news is that Governor Cuomo says the state will be getting fewer vaccines next week as opposed to the previous three weeks.

Currently, New York is getting 300,000 COVID-19 vaccine doses a week. Next week, the state will only be getting 250,000. He said that the premise that the vaccine supply would increase as the number of those eligible to receive it increased did not happen. Cuomo likened the current allocation to opening the floodgates and forcing it through a syringe.

At the current rate, he said it will take six months to vaccinate the 7.1 million New Yorkers who are currently eligible in groups 1a and 1b. Cuomo said appointments are now being booked up to 14 weeks in advance and many distributors are already fully booked.

Overall , 74% of  the vaccine first doses, or 731,285 delivered to New York, have now gotten into arms.  Those numbers include 96% of nursing home residents and staff, with that distribution expected to be completed by this Sunday.

In the WNY region, 63% of hospital workers have now received the vaccine, with 23.5% declining. 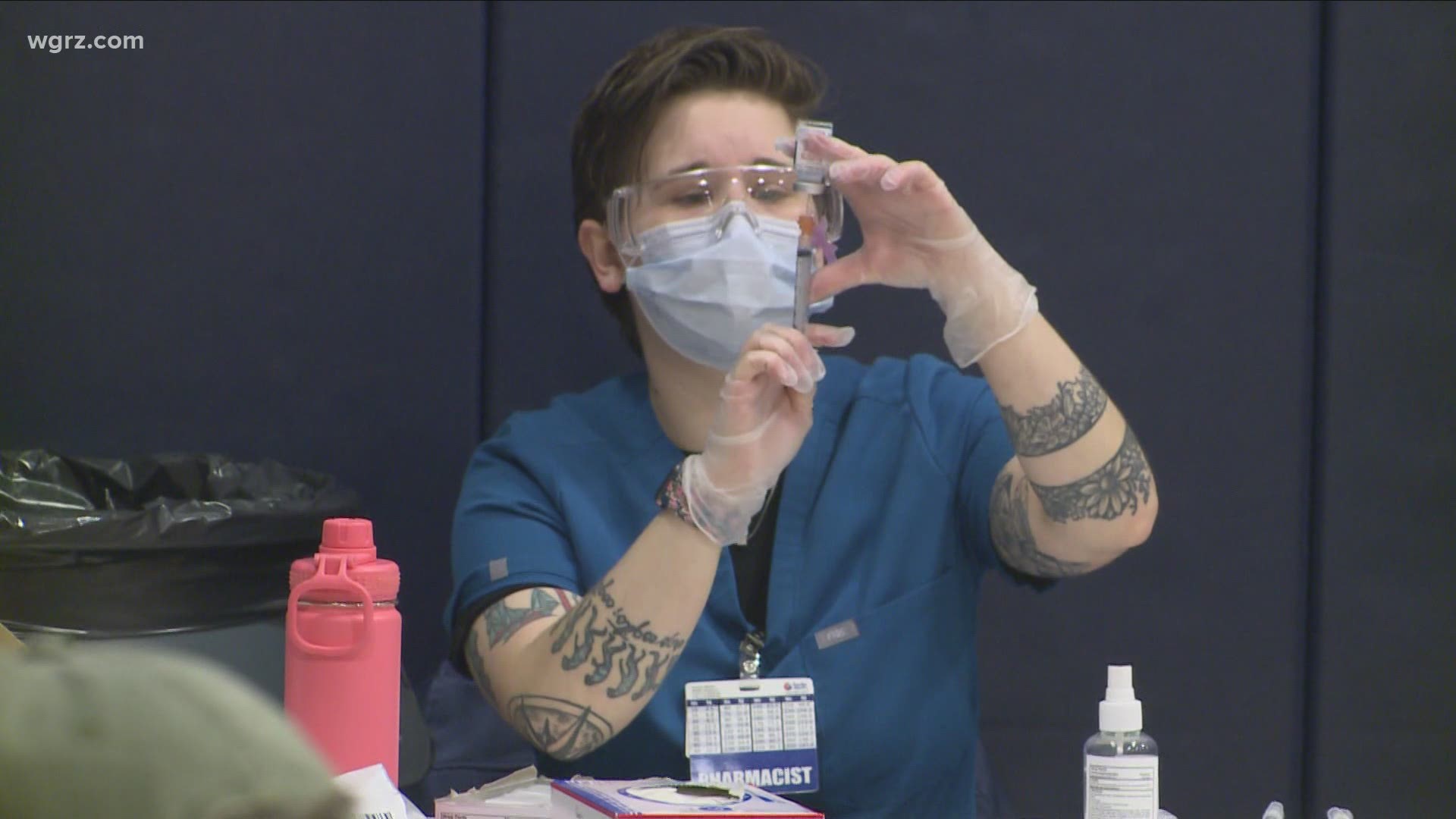