The governor laid out his reasoning again Friday, including why he is leaving them out so far. He also circled back to his COVID-19 concerns about air conditioning. 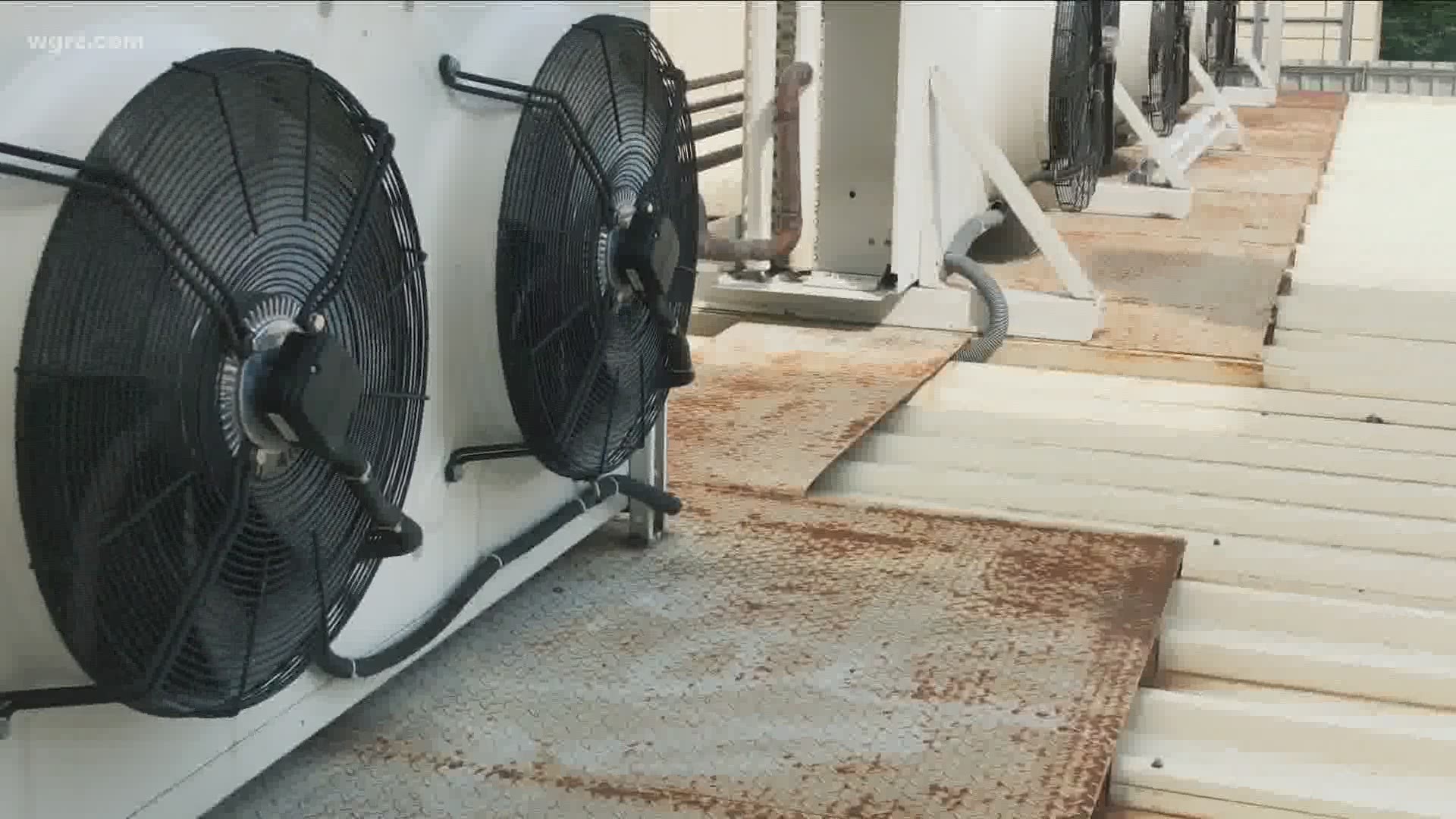 BUFFALO, N.Y. — Malls, theaters and gyms: why aren't they reopening yet? That's what a lot of people want to know, including frustrated gym owners.

Governor Andrew Cuomo laid out his reasoning again Friday, including why he is leaving them out so far. He also circled back to his COVID-19 concerns about air conditioning.

Cuomo started by summing up reopening for malls, theaters and gyms:

"We are still looking at the science and the data. There has been information that those situations have created issues in other states. If we have that information we don't want to then go ahead till we know what we're doing. Right? This is a road that no one has traveled on before. And logic suggests that if you see a problem in other states then you explore it before you move forward in your state."

Then, he tried to clear the air about the need to determine if AC could spread the virus in larger scale buildings. 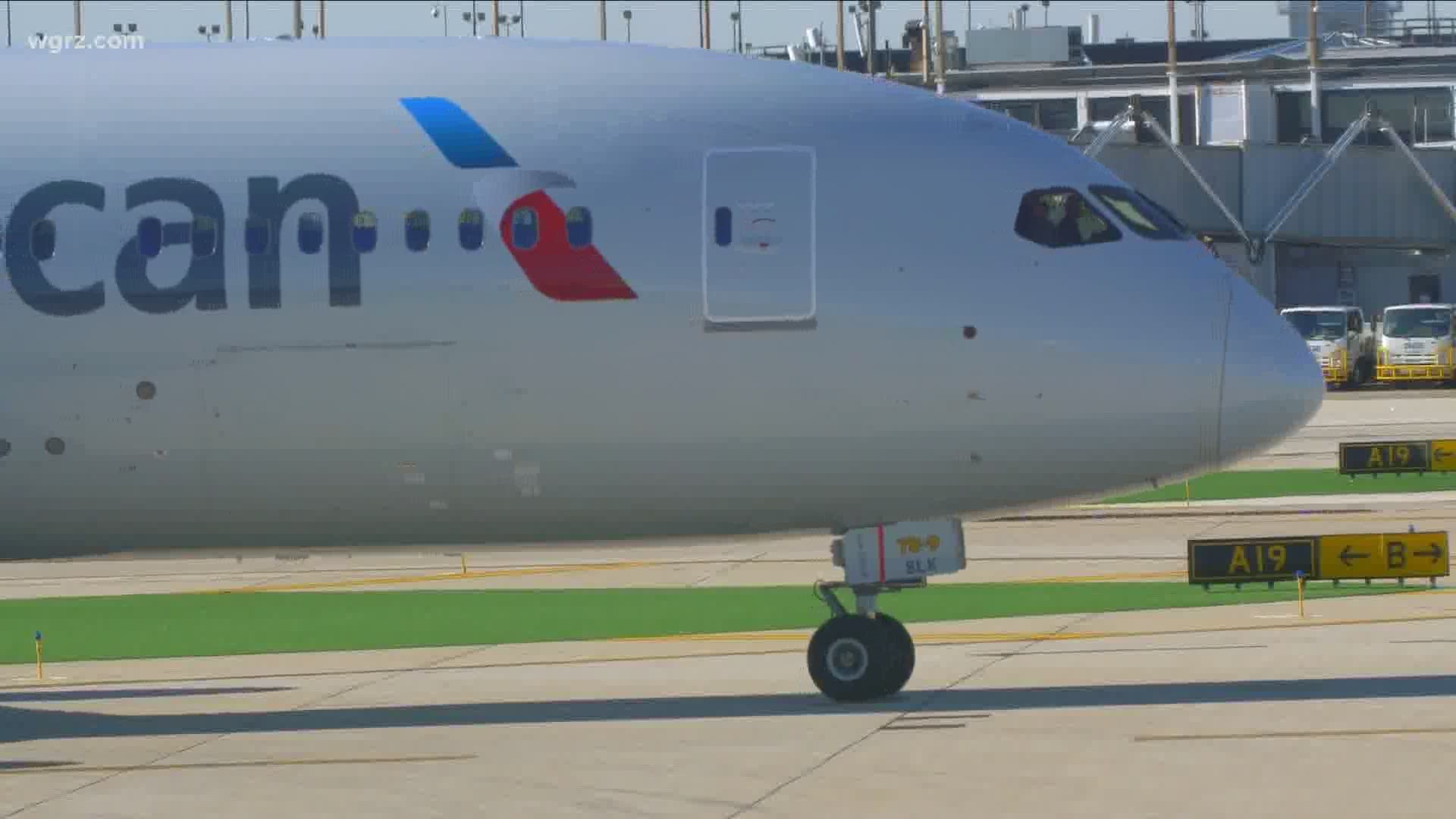 Cuomo added that people working out in gyms would probably not wear masks while exercising and that their deeper breathing while exerting themselves could spread more of the virus.

Yesterday when 2 On Your Side asked Lt. Governor Kathy Hochul about the comparison of big box retailers that have been open and malls,  she told us malls are larger gathering places where people are encouraged to spend longer periods of time in the complex with seating, fountains, food courts, and other features.

As we found out, there is still a lot of disagreement on this topic as even state lawmakers on both sides are pushing back.

And Pyramid Management Groups, which operates the Walden Galleria, responded once again to Cuomo's comments with this press statement:

"The State of New York reiterated today that malls would remain closed indefinitely. This is both unfair and unjustified.

The State cites situations in other states where bar and restaurant patrons have crowded into tight venues without masks and social distancing being required, creating greater risk for virus transmission. That is not in any way comparable to a vast open shopping center with millions of square feet available to socially distance, nor is it comparable to venues like ours with comprehensive safety protocols in place, including the requirement of masks. 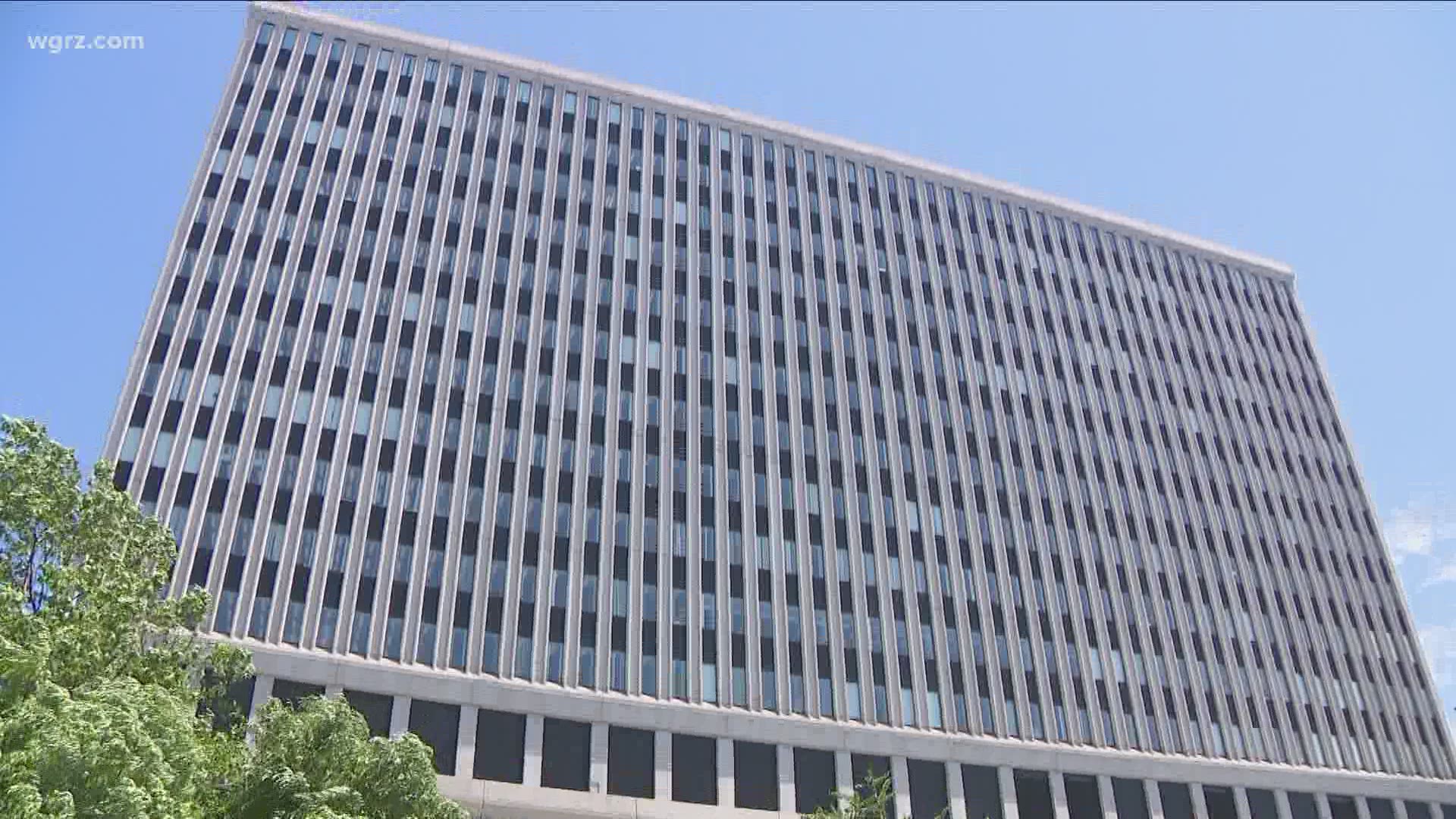 Otherwise, the primary reason being used for mall closures is that air circulation systems could circulate the coronavirus. If that is the case, why are freestanding restaurants, barber shops, office buildings, museums and large retailers allowed to remain open? The fresh air circulation and filtration systems we have in place are as good or better. In addition, a short while ago, the State indicated that its team of health officials are looking for an air filter that removes the virus from the air flow and seemed to suggest that malls could not open until that is resolved. None of the retail stores, restaurants and other buildings that have been allowed to open by New York State have such a filter system in place. Why are we being treated differently and inequitably?

The State has cited a report from China regarding one isolated restaurant environment on the 3rd floor of a building. That report has been refuted by multiple health professionals in the United States. In addition, experts from Vanderbilt, Penn State and Johns Hopkins University have noted that the standards for HVAC systems in the United States are significantly higher than other countries. More tellingly, there have been no COVID-19 cases transmitted through HVAC systems.

We and our tenants understand and respect the focus on public health. However, there is no documented link between HVAC systems and the spread of COVID-19 in malls. And the fact is that we already have engaged HVAC professionals to increase fresh air flow into the building, change filters and follow other recommendations. This week, we have spoken with dozens of HVAC companies who have shared that Pyramid has done considerably more than other businesses that they represent who are open.

Overall, we have implemented all of the guidance released by the federal government, CDC and the State of New York. We stand prepared to re-open safely."

Now turning to the quarantine issue: there are still a lot of questions about how the governor's travel advisory will be handled and enforced.

It requires anyone coming from states (primarily Southern states like Florida, Texas, and North and South Carolina) with high infection rates to quarantine for 14 days.

While this Executive Order #205 from Governor Cuomo took effect at midnight on Thursday, it seems like his quarantine policy for travelers from those specified states is still very much a work in progress.

And the Governor seemed to admit that it's easier said then done or in this case, ordered. Cuomo told reporters "We have no legal jurisdiction over border control. That's all federal. The Port Authority however administers the airports from a management point of view. We are talking to the airlines right now about our ability as a state to question people coming into our airports, gathering information from them, doing checks on them, temperature checks etc. - what is our legal authority and how cooperative would the airlines be."

Cuomo also says state officials are talking to federal agencies like Customs and Border Protection to see if they would be willing to help. But he admits it is a strained relationship with the ongoing Trusted Traveler dispute between Albany and Washington.

The Governor did not discuss anything Friday about highway travel or potential police traffic stops for cars with those particular out of state plates. He has brought that up before. Lt. Governor Hochul told us they do not want to be "heavy handed". But that order does include a potential fine up to $10,000 for repeated quarantine violations.

Other states like Florida previously established similar quarantines for travelers arriving from New York state when the pandemic was at its height in New York City earlier this year.  Governor Cuomo also threatened legal action back in late March against the state of Rhode Island after Governor Gina Raimondo imposed traffic and home checks on individuals from New York state. That policy was later repealed.