Cuomo on protesters: You have no right 'to jeopardize my health' 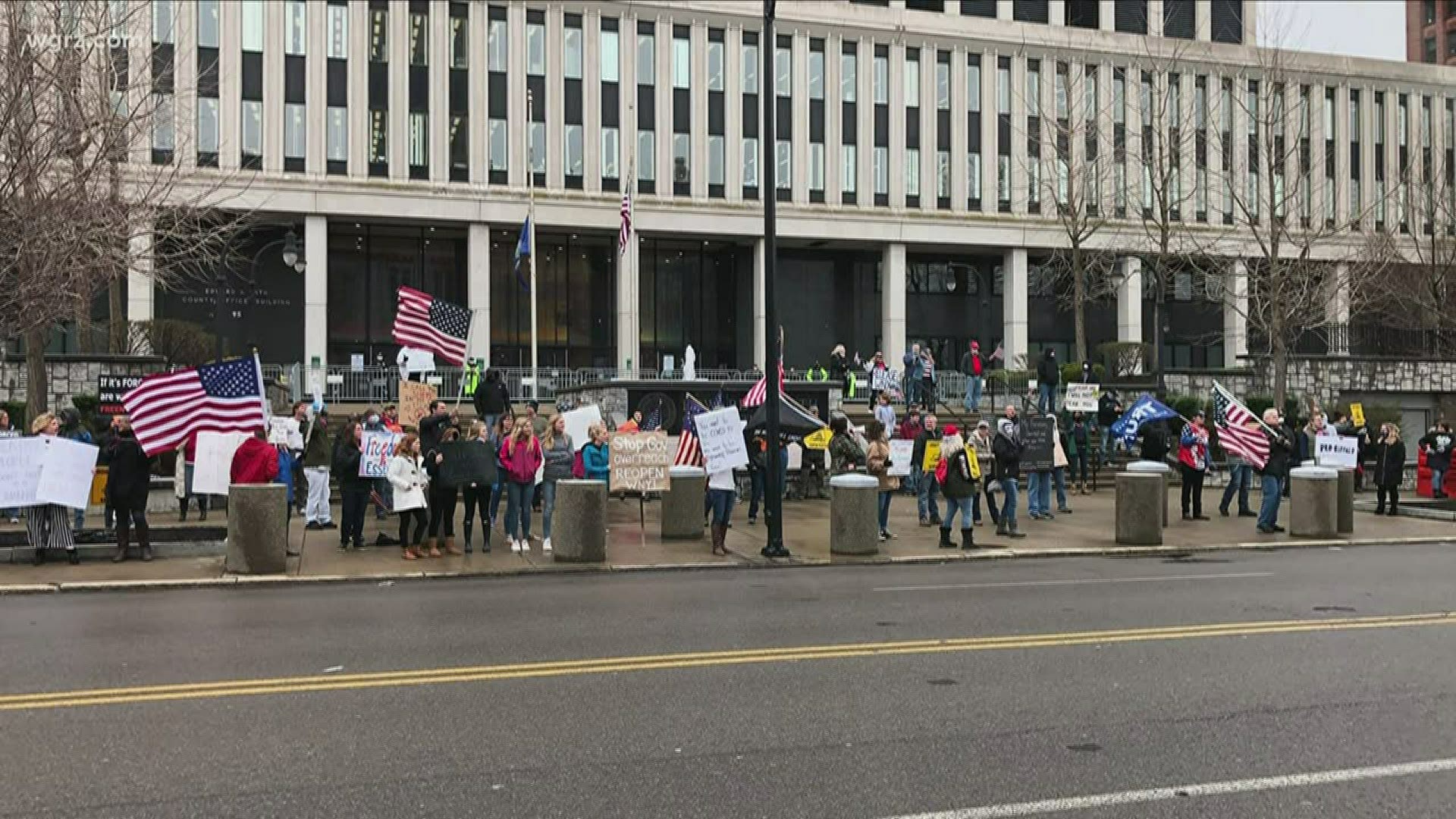 ALBANY, N.Y. — Gov. Andrew Cuomo on Saturday morning was asked about protests that we've seen in some places across the state, such as the one that just happened outside the Rath Building in downtown Buffalo.

Specifically, he was asked about the fact that so many people are gathering for these things without wearing masks, putting them at risk of spreading the virus further in the community.

On Friday, protesters were outside the Erie County Rath Building, calling on officials to reopen.

Dozens of people gathered with signs and flags. Protests were held across the country Friday, including in Albany, protesting stay-at-home orders.

While some states have begun the process to reopen, New York State is on 'pause' until at least May 15.

Shortly before the protest began, Executive Mark Poloncarz said that COVID cases were still on the rise in the county and added that it's not the time to reopen everything, regardless of political pressure.

RELATED: Protesters outside Rath Building calling on officials to reopen