The weeklong clinic will start Friday with 500 vaccine appointments for each day. It answers a wish made by Orleans, Genesee, and Wyoming county leaders. 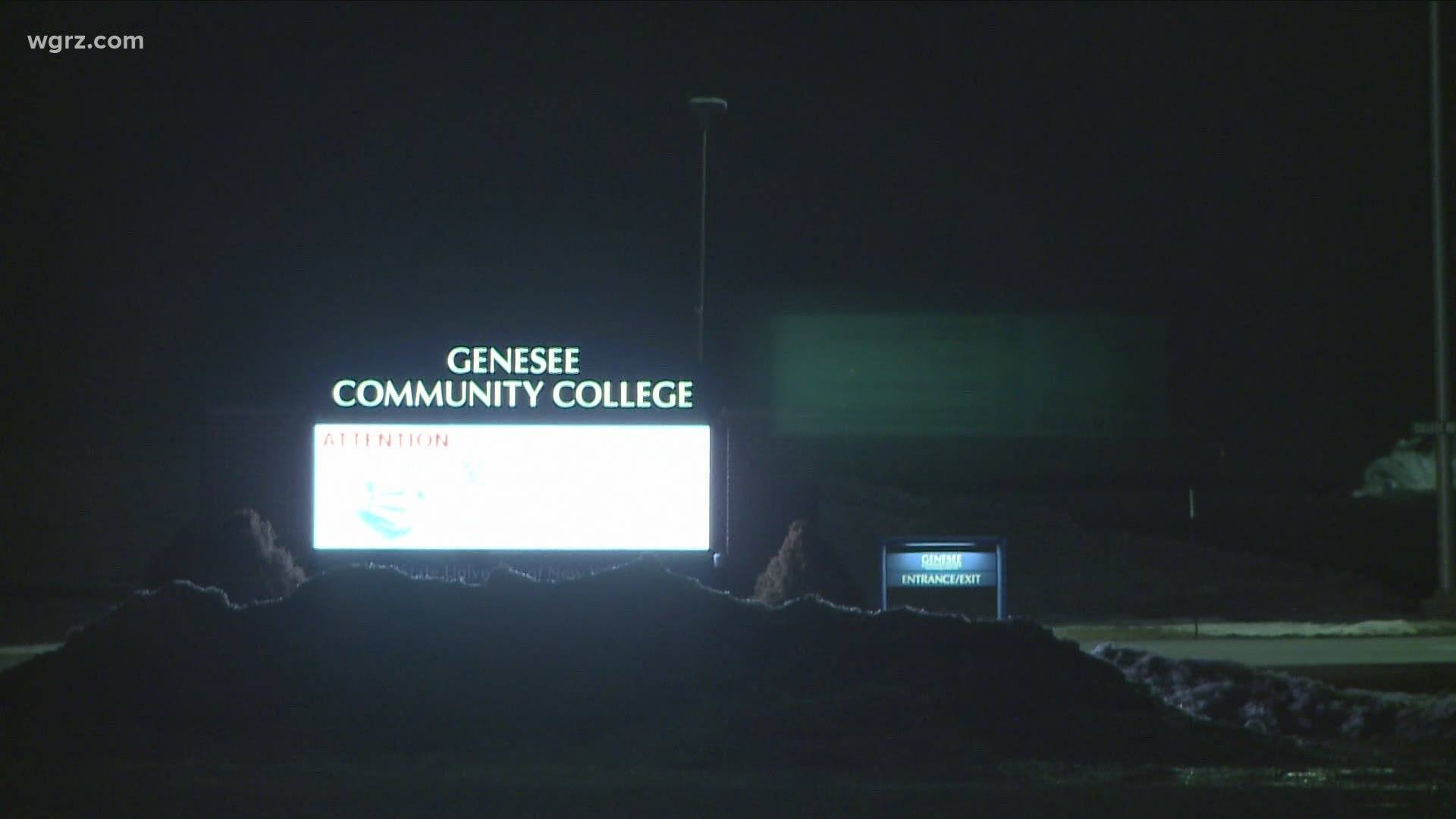 BATAVIA, N.Y. — A seven-day mass vaccination clinic is coming to Genesee Community College, according to an Orleans County spokesperson.

The plan was reportedly announced during a Friday call with the Governor's Office and leaders in the Finger Lakes Region.

The site will reportedly open Friday, March 5, with the goal of doing 500 doses per day for a total of 3,500 doses during the weeklong clinic, the spokesperson said.

While details on how to sign up for the first dose appointments have not been released, 2 On Your Side has reached out to New York State for more information. How second dose scheduling will operate is also unknown.

The spokesperson stated that the site will be manned by members of each of the counties' health departments and not the National Guard, like others across the state.

The clinic answers a cry made by leaders in Orleans, Genesee, and Wyoming counties earlier this week.

In a letter to the Governor's Office, they asked for the state to consider a mass vaccination clinic at the very location revealed Friday, Genesee Community College.

Split between Rochester and Buffalo, Orleans County Legislative Chairwoman Lynne Johnson and her colleagues believed such a site would help address vaccine disparity in rural communities.

"We're just in this gray area with quite a few taxpayers who are eligible but haven't been able to get vaccinated," she added.

The plan was reportedly announced on today's Finger Lakes Control Room call. The site will be manned by members of each counties' health departments.

Details on how to sign up have yet not been confirmed. I have reached out to NYS for more information. @WGRZ