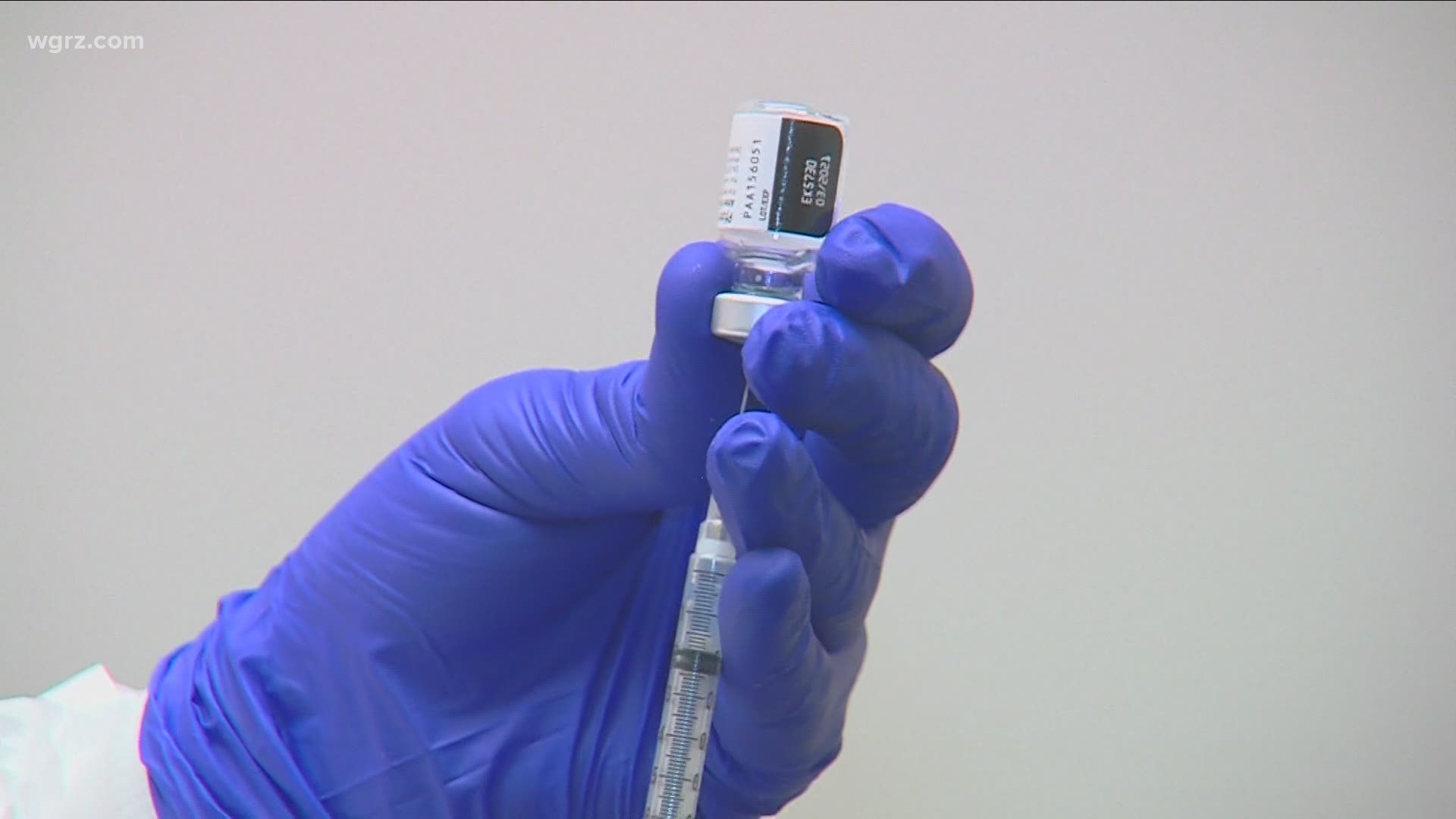 BUFFALO, N.Y. — Erie County officials held a press conference Tuesday that primarily focused on the vaccine rollout and the lack of supply.

Appointments are now scheduled in Erie County through January 30. They'll be given out at three locations, and you'll find out where you need to go when you make your appointment. You can't just show up demanding the vaccine. You need an appointment.

People in Phase 1A aren't done yet getting their vaccines, and now we are in 1B and Erie County gets most of its vaccines from the New York State Department of Health. Right now, supplies are very limited. In fact, county officials said during the press conference that some appointments might have to be cancelled because there are only enough vaccines here in Erie County for the appointments for the rest of Tuesday and Wednesday.

Poloncarz says these are enough doses to get the county through all appointments scheduled at the county's point of distribution clinics for the remainder of this week.

UPDATE- These new doses will allow the county to keep all of the vaccine appointments made for the rest of the week. @WGRZ https://t.co/6FMj3gAtbq

If you are in Phase 1A or 1B, there is a form you have to fill out online to get an appointment.

According to the county, 18,500 calls came in to Erie County Monday asking for vaccine appointments. 1B appointments are now full through January 30. If you are in Phase 1A, there are going to be appointments added.

Even though Erie County doesn't have enough vaccine doses here yet, the state told counties to schedule these appointments.

"And my response to them was, ok, we can do that, but you are on the gun to deliver the vaccine to us because if we do not get the vaccine, we are going to have to call those people and cancel it," Poloncarz said.

Erie County's hospitalizations ticked back up above 500 Tuesday after almost a week of drops.

And there's no sign yet when we might get out of the Orange Zone that's keeping tighter restrictions on Erie County than a lot of other parts of the state.

Tuesday, we found out the county executive talked with Governor Andrew Cuomo this weekend about the Orange Zone. He is hopeful there will be a change soon. That change could be going back to a Yellow Zone for a big part of Erie County.

While no decision has been made yet, Poloncarz says every county should be treated the same way, which he says means a lot of other places would be Orange now, too. 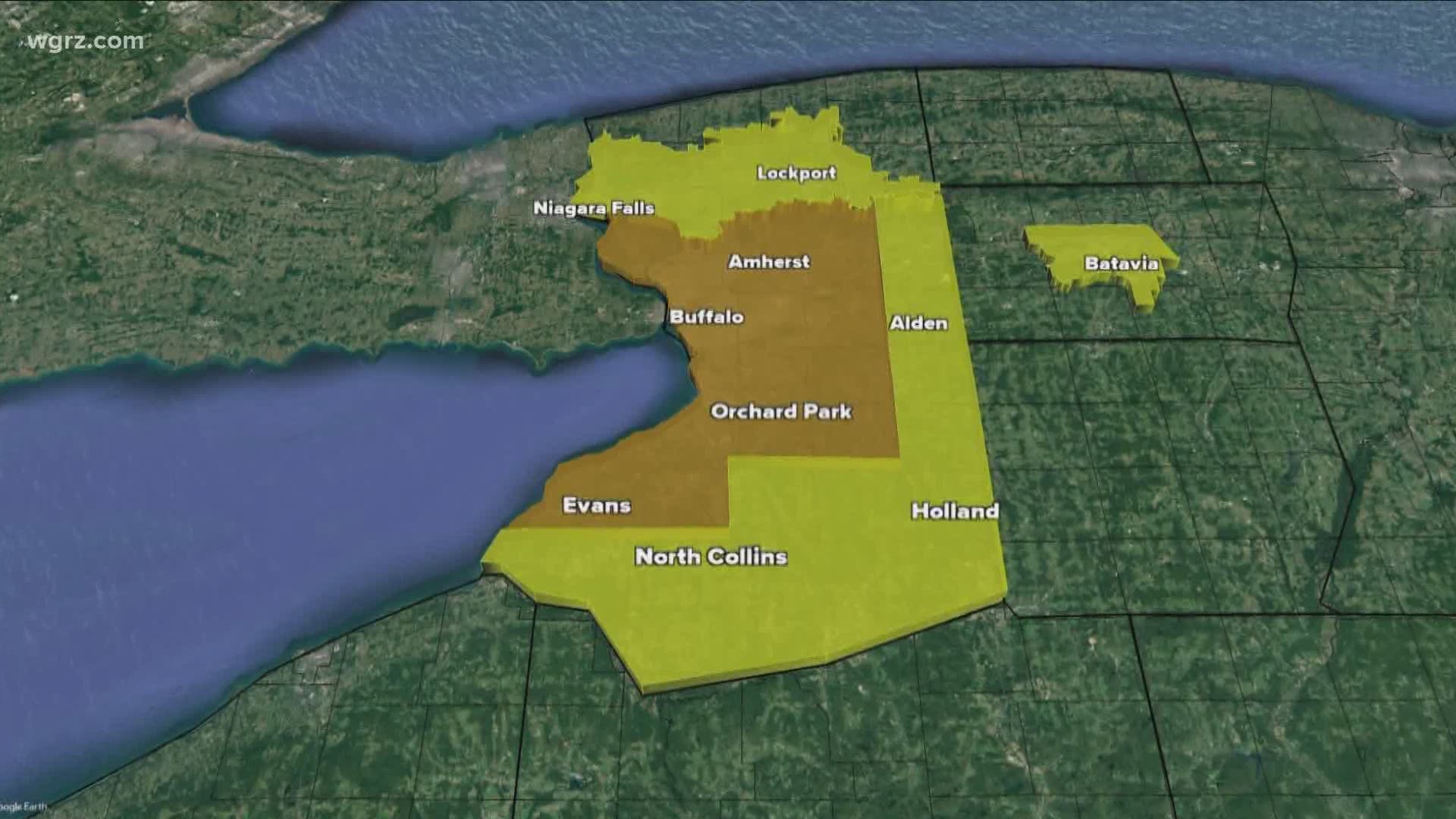 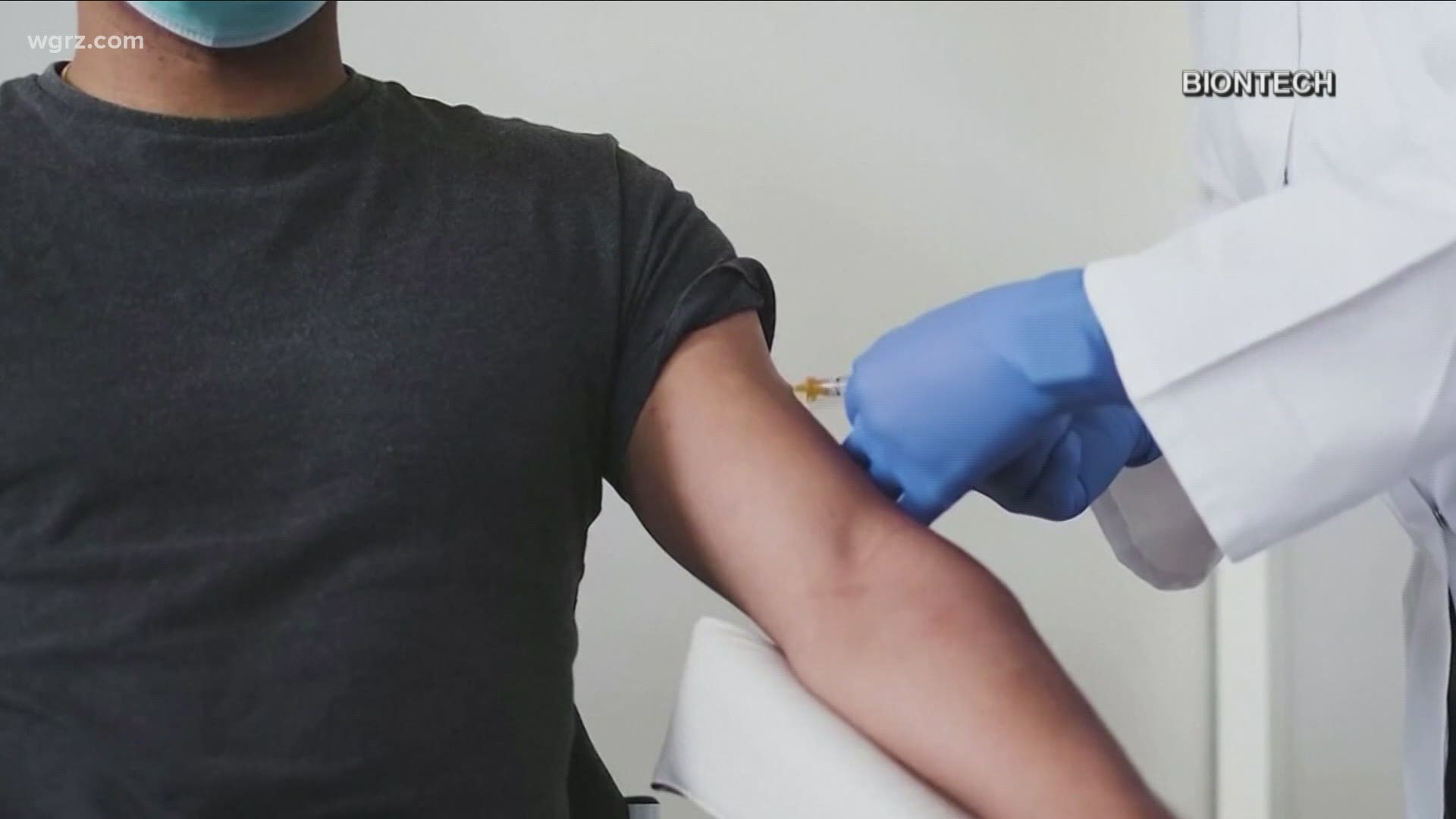