As of Monday, 414 people were hospitalized with COVID-19 in Western New York. 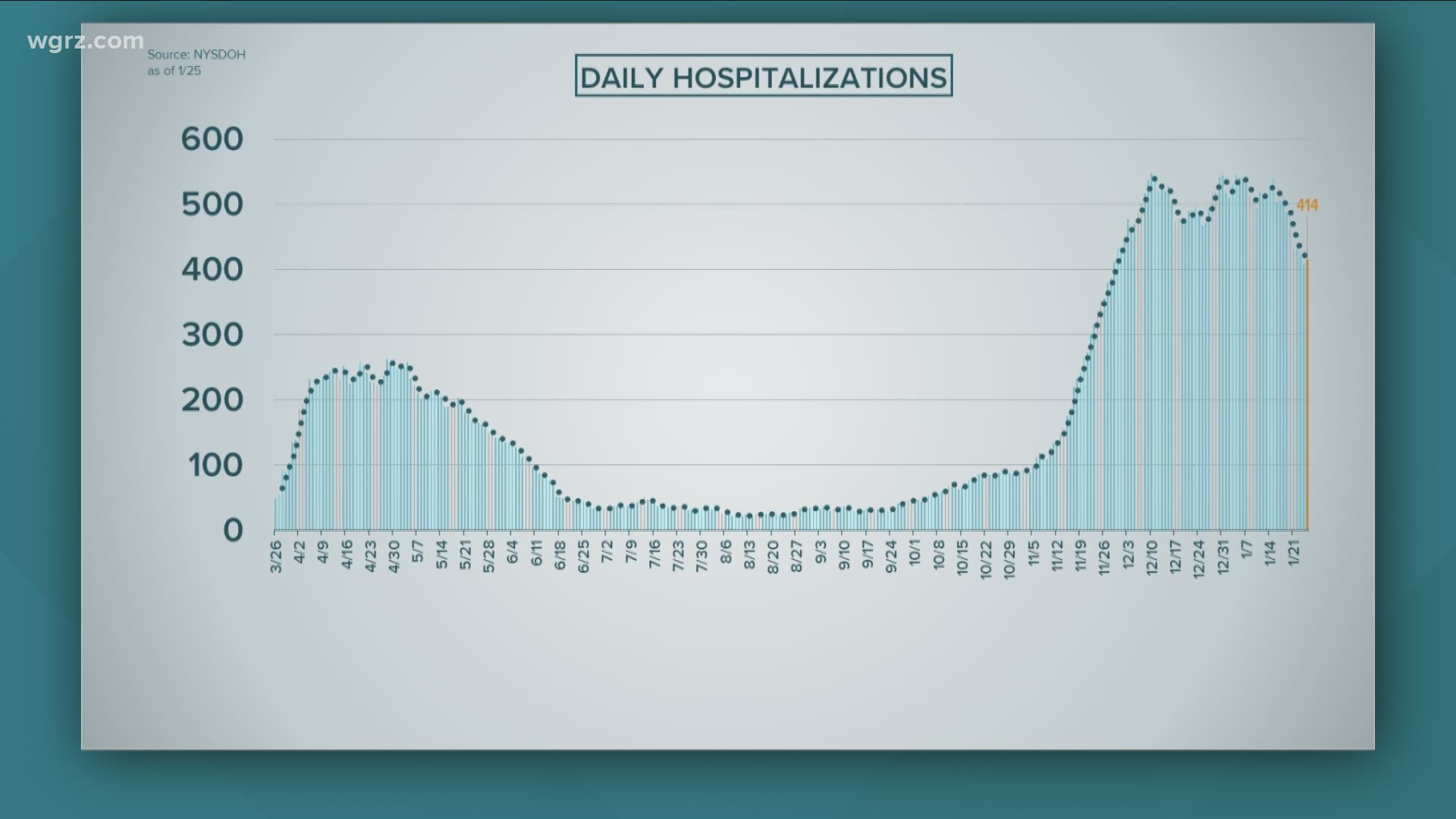 BUFFALO, N.Y. — According to the latest data from the New York State Department of Health, the number of people hospitalized with COVID-19 in the Western New York region increased slightly on Monday, while the region's percent positive rate continues to decline.

As of Monday, 414 people were hospitalized with COVID-19 in Western New York, an increase from 409 the day prior. This equates to .03 percent of the region's population. At this time, 35 percent of hospital beds are available in the region within seven days under a "surge plan."

In terms of the region's percent positive rate, it dropped from 5.7 percent on Sunday to 5.47 percent on Monday.

Total COVID hospitalizations are at 8,831.

Sadly, there were 162 fatalities. pic.twitter.com/eldMSSatA3

According to the state, 8,831 people were hospitalized with COVID-19 across the state on Sunday. Of those hospitalized, 1,544 are in the ICU, 1,006 of which requiring intubation.

The number of COVID-19 related deaths continues to increase across the state. New York reports 162 people died Monday from the virus, bringing the state's total death toll to 34,407 since the pandemic began.

"We're charging ahead and making progress in the footrace between administering vaccinations and reducing the infection rate, but to ultimately be successful in winning this war, we need two things - greater supply of the vaccine and the continued buy-in of New Yorkers practicing safe behaviors," said New York Governor Andrew Cuomo.

"New York has already established one of the nation's most expansive vaccination operations and we are ready to administer more than 100,000 vaccinations a day, but we need more supply. With competent leadership now in Washington, I believe the supply will increase, but in the meantime, it's all the more important for every New Yorker to do their part in reducing the spread. We've seen good news lately in the form of declining positivity rates and hospitalizations, but we know that weekend numbers can be erratic, so we cannot become complacent."