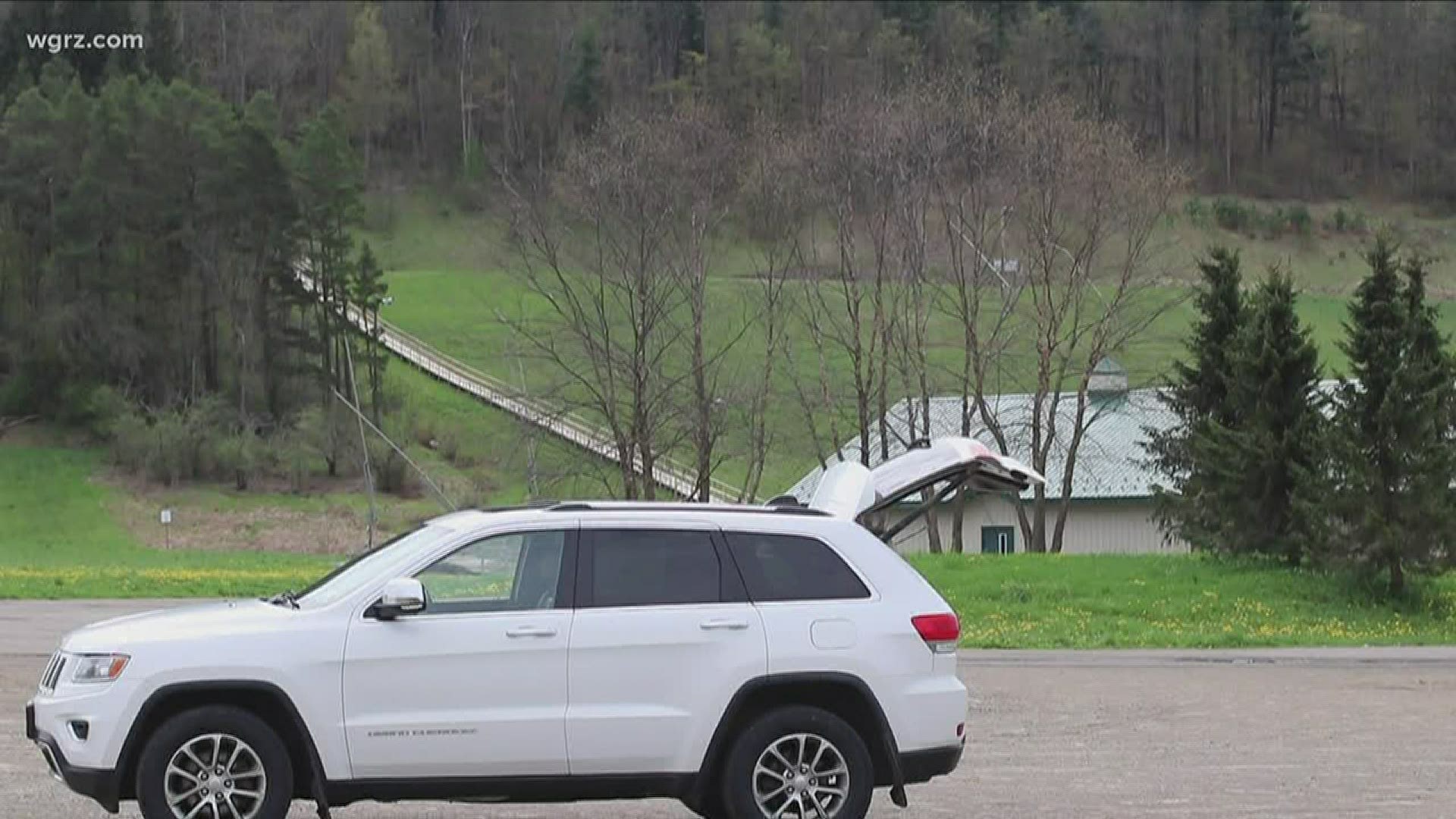 How are you supposed to follow the guidelines of New York State and work from home if you don’t have access to adequate high-speed internet? For residents of Western New York that hypothetical is a reality.

"It's pretty bleak," Matt Christopher said in the parking lot of the Holiday Valley tubing hill. "Last summer, the internet company was wiring up the hill, and they took the cable 90 percent of the way down my road, and then it just stopped."

2 On Your Side has been following the issue of broadband access for months. In February we highlighted the New York State Broadband Program, and there were inconsistencies with what was promised versus what was delivered.

The state still maintains that as of today 98 percent of New York State is covered with high-speed broadband. They include satellite internet as an option.

Matt Christopher was working from his pickup truck in the parking lot of the Holiday Valley tubing hill in Ellicottville when WGRZ spoke to him. He works in sales and was using his cell phone as a hot spot because there isn’t adequate broadband at the top of the hill where he lives.

"Myself and a number of neighbors have gone to the local politicians, and we've reached out to the internet companies, and we've basically been told that we're not in a high enough concentration of homes," he said.

This is the type of scenario that the state broadband program was supposed to resolve. The program was designed to bring internet access to the most rural parts of New York State, where the service providers deemed it wasn’t profitable to do business.

At an event in August 2016, Governor Cuomo laid out the vision of the program.

"In areas that it would've been impossible for them to cover, the state is spending $500 million to subsidize the coverage so we get it to every household, all across the state, and we're going to get it done by 2018," he said at the time.

Armstrong Communications were awarded the contract to build out broadband in Ellicottville and other parts of the Western New York and the Southern Tier. According to a map on its website, Ellicottville is still in the engineering and design phase. A company spokesperson told WGRZ today that the projects in Ellicottville won’t be completed until summer 2021.

The company has also committed more than $30 million in funds to ensure the project continues without more state subsidies. This investment is to offset higher than anticipated fees related to agreements with right-of-way holders. 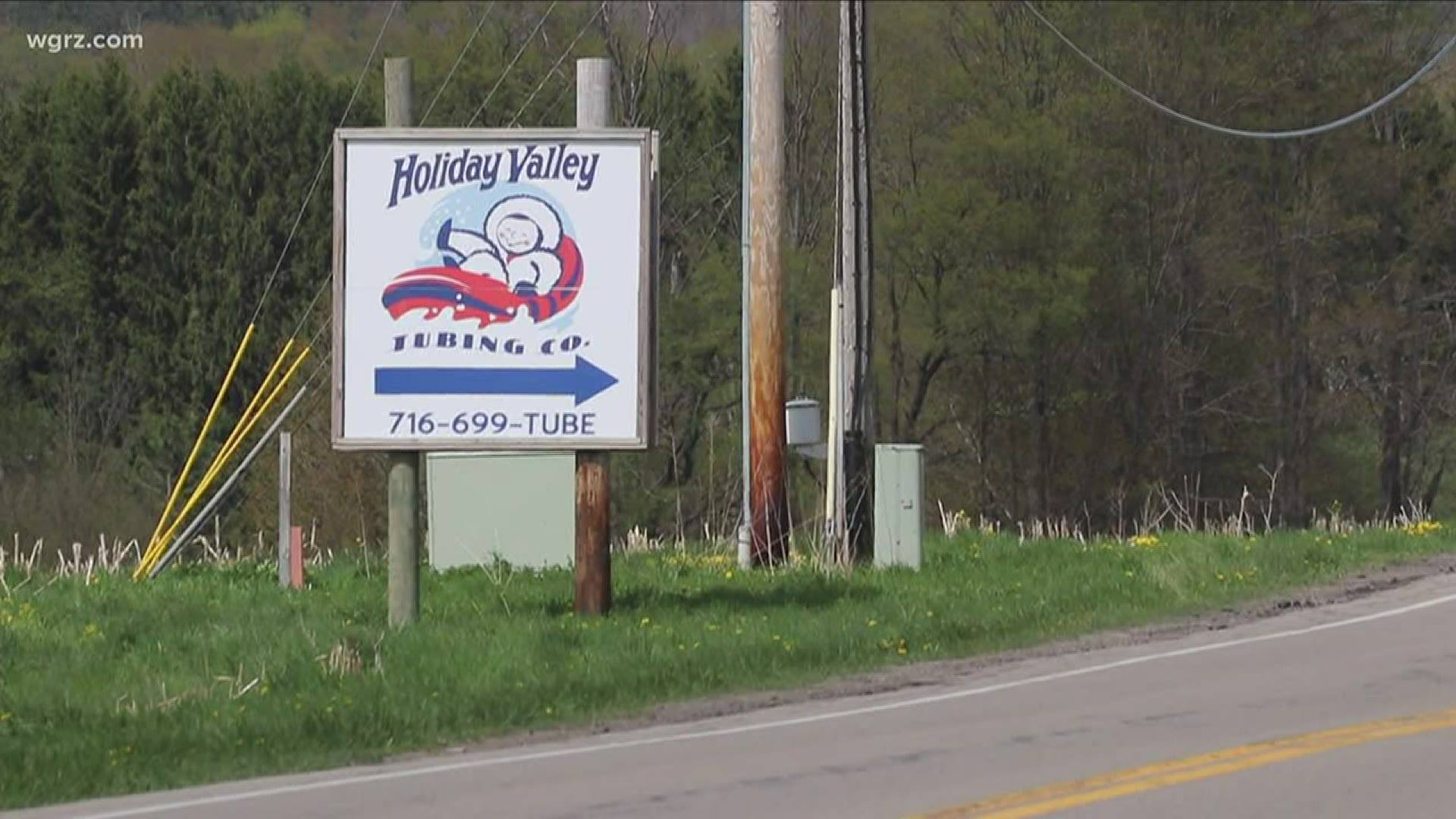 In our February reporting, we spoke to Katie Ehlers, who also works in sales. At the time she joked that it would be nice to work from home, but it's not a necessity so the lack of high-speed broadband was annoying but not critical for her livelihood.

Less than a month later the New York PAUSE order went into effect, and Katie was forced to work from home.

"It's been a little strange," Katie explained from the back of her SUV with the hatch up. "You know, being cooped up in your house for so long and makes it a little bit more difficult to work from home when you don't have adequate access to the internet."

Working from home has been incredibly difficult during the pandemic, but her employer has been understanding about it.

She didn't shy away from her anger toward the state for not ensuring the project was finished on time.

“If you're going to ask the people of New York State to stay home and work from home, you need to provide us with the tools that we need in order to successfully abide by what you're asking us to do,” she said.

The lack of state broadband projects is also on the radar of state lawmakers.

"We're going to be looking into why this program fell off so poor so badly, why the results have been so poor, and who is whether it's intentional or unintentional, who is delaying this and we're going to have to move forward because it is absolutely critical, particularly the people that I represent," he said.

Borrello says may players are involved with these projects and some of them are looking to inflate their bottom lines on the backs of a state-funded project. Because of this, Borrello is concerned that the lack of oversight on the project by the state office that runs it is putting taxpayer dollars at risk.

"There's a lot of red-tape but also, whenever you have money involved like this and a lot of government money from both state and federal spending on the project you're talking about, there are folks that seem to think this is an opportunity to perhaps gouge the taxpayers," Borrello said. 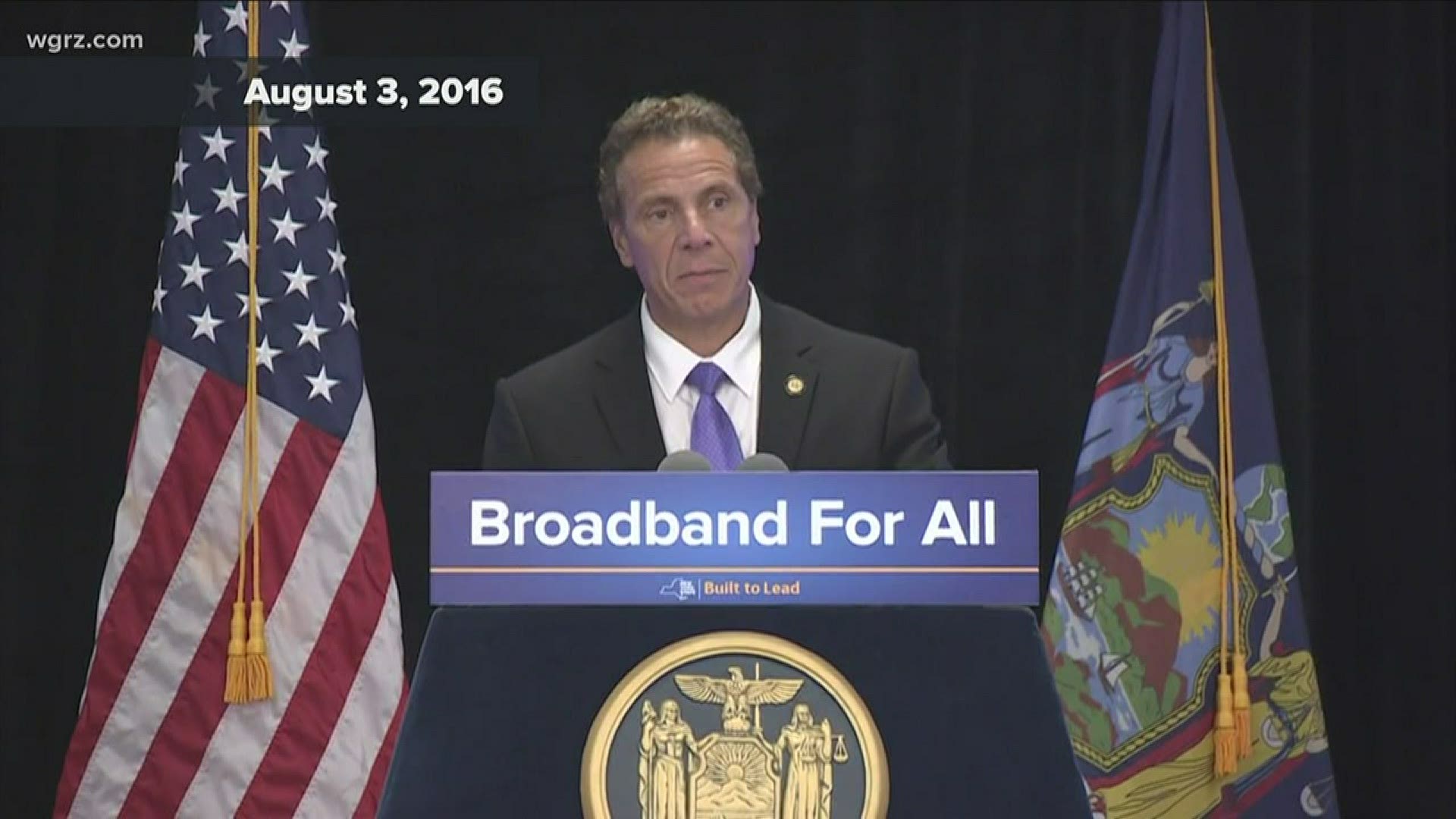 In a statement to WGRZ, Empire State Development said:

"Currently, more than 98% of New York’s residences and businesses have access to one or more high-speed wired and/or wireless broadband services. This represents a significant increase in access to high-speed broadband for many New York State residents and businesses from just a few years ago. After full implementation of all commitments announced in connection with the New NY Broadband Program, approximately 99.9% of New York households will have access to high-speed broadband – with 99% at download speeds of at least 100 Mbps and the remainder at speeds of 25 Mbps"