The total number of people hospitalized with COVID-19 in Western New York region dropped to 242 on Monday. 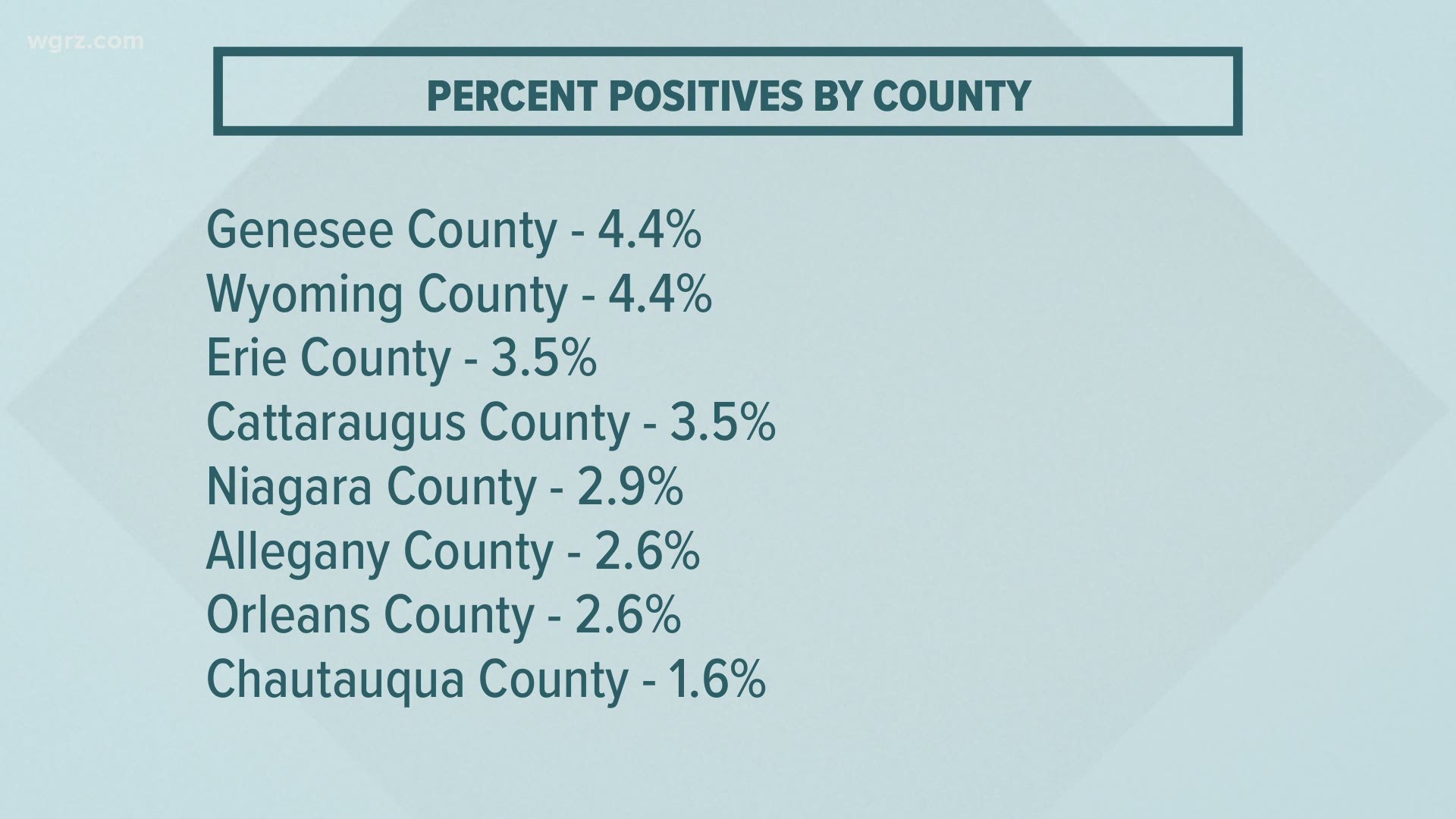 BUFFALO, N.Y. — The number of COVID-19 hospitalizations in the Western New York region has seen a five day consecutive decline, according to the latest data from the New York State Department of Health.

The total number of people hospitalized with COVID-19 in Western New York region dropped to 242 on Monday. This equates to .02 percent of the region's population.

New York State reports that 38 percent of hospital beds would be available in the region within seven days under a "surge plan."

The current rolling average of percent positive rates in each of the eight counties in our area can be viewed below:

Total COVID hospitalizations are at 5,977.

Sadly, there were 86 fatalities. pic.twitter.com/1vuN7HHi2c

Statewide, 157,333 tests were reported to New York on Monday. Of those tests, 6,654 came back positive for a percent positive rate of 4.23 percent.

The number of COVID-19 hospitalizations across the state increased Monday to 5,977. Of those hospitalized, 1,176 were in the ICU; 799 of which required intubation.

Gov. Andrew Cuomo's office reports that 86 people died from COVID-19 in New York State on Monday, bringing the total number of coronavirus-related deaths in the state to 38,031.