County data shows only 6.7 percent of people in Black Rock-Riverside have had one dose of vaccine. That's tied with the 14211 zip code, on Buffalo's East Side. 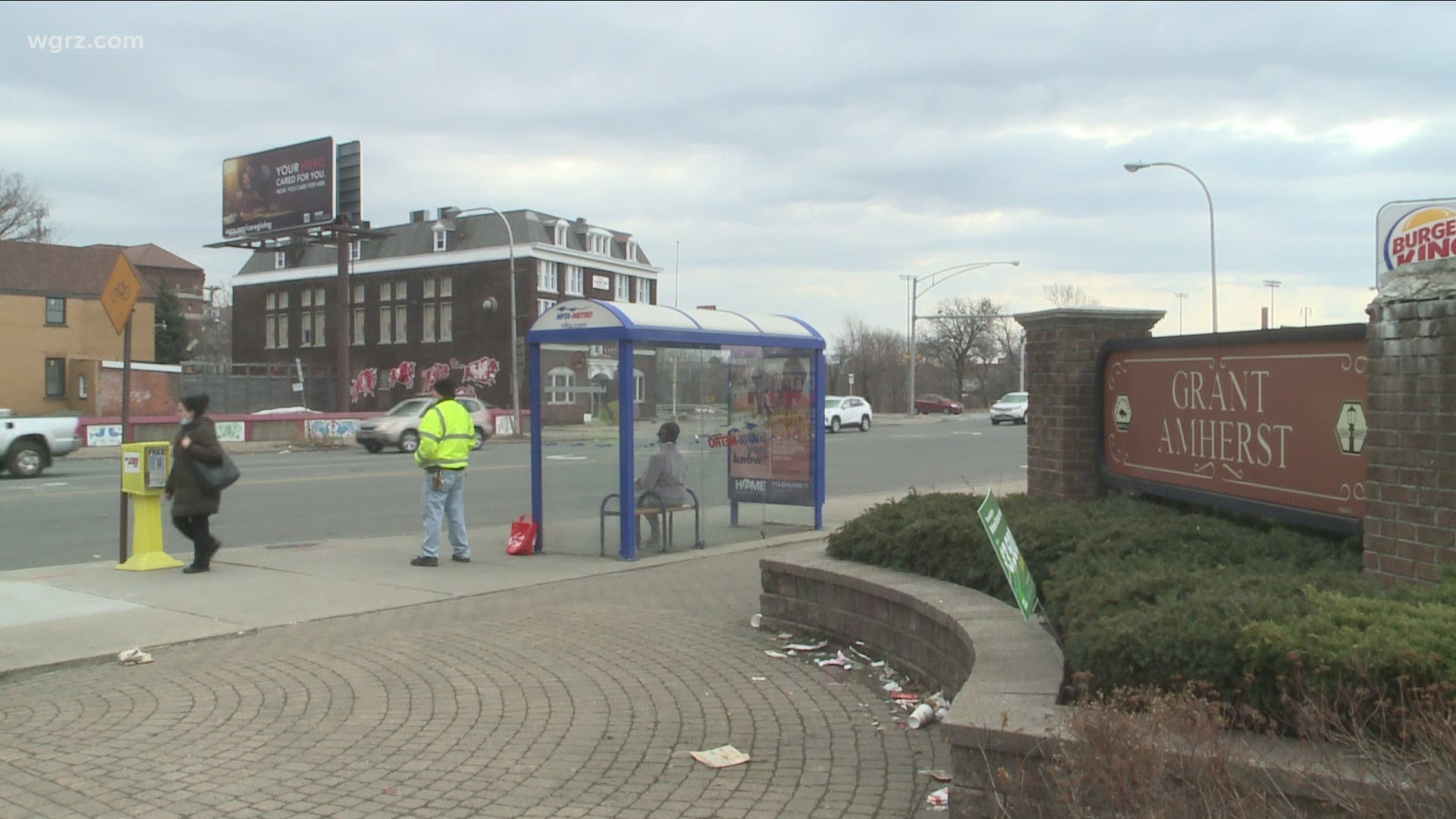 BUFFALO, N.Y. — 2 On Your Side has been looking at the disparity of COVID-19 vaccinations here in Western New York.

According to data from the Erie County Health Department, neighborhoods in poorer areas have not been getting the attention they need.

The reason why he's so angry? Data from the Erie County Health Department shows the Black Rock-Riverside parts of Buffalo, which he represents, have the lowest percentage of people with one dose of vaccine out of any section in the city.

"I have a large percentage of people who are working poor, who don't own cars, who may have to take one or two buses to get to a vaccination center," Golombek said.

County data shows only 6.7 percent of people in Black Rock-Riverside have had one dose of vaccine. That's tied with the 14211 zip code, which is on Buffalo's East Side, crossing over into Cheektowaga.

But that zip code was part of the vaccination rollout at the Delevan Grider Community Center -- we'll have to see if numbers there improve. Black Rock-Riverside, however, was not part of that rollout.

What response did he get from the Governor's Office, and specifically the health department?

"Its been mainly the Governor's Office that I have been in touch with, and there was a sympathy that was there, but sympathy isn't giving shots to the residents in my district," Golombek said.

Did he have any conversations with the Erie County health department and with the county executive, Mark Poloncarz?

We've questioned both the state and the county about the vaccine disparity. A county spokesperson wrote back to 2 On Your Side, saying: "ECDOH is keenly aware of the differences in vaccination rates among Erie County ZIP codes.

"We are working with community organizations who operate in these lower-vaccination rate ZIP codes to identify sites for pop-up vaccination PODs and to expand outreach and educational efforts. These PODs will be based on vaccine availability."

A spokesperson from the state health department wrote back to us: "Erie County has the fourth-most vaccines administered of any county outside of New York City, with over 195,000 New Yorkers in Erie having received at least one dose. This represents 21.2% of the county’s population, which is above the state average. As we have said previously, every county should study their data, identify any disparities, and work to correct them – and the state will be a partner throughout this process.” 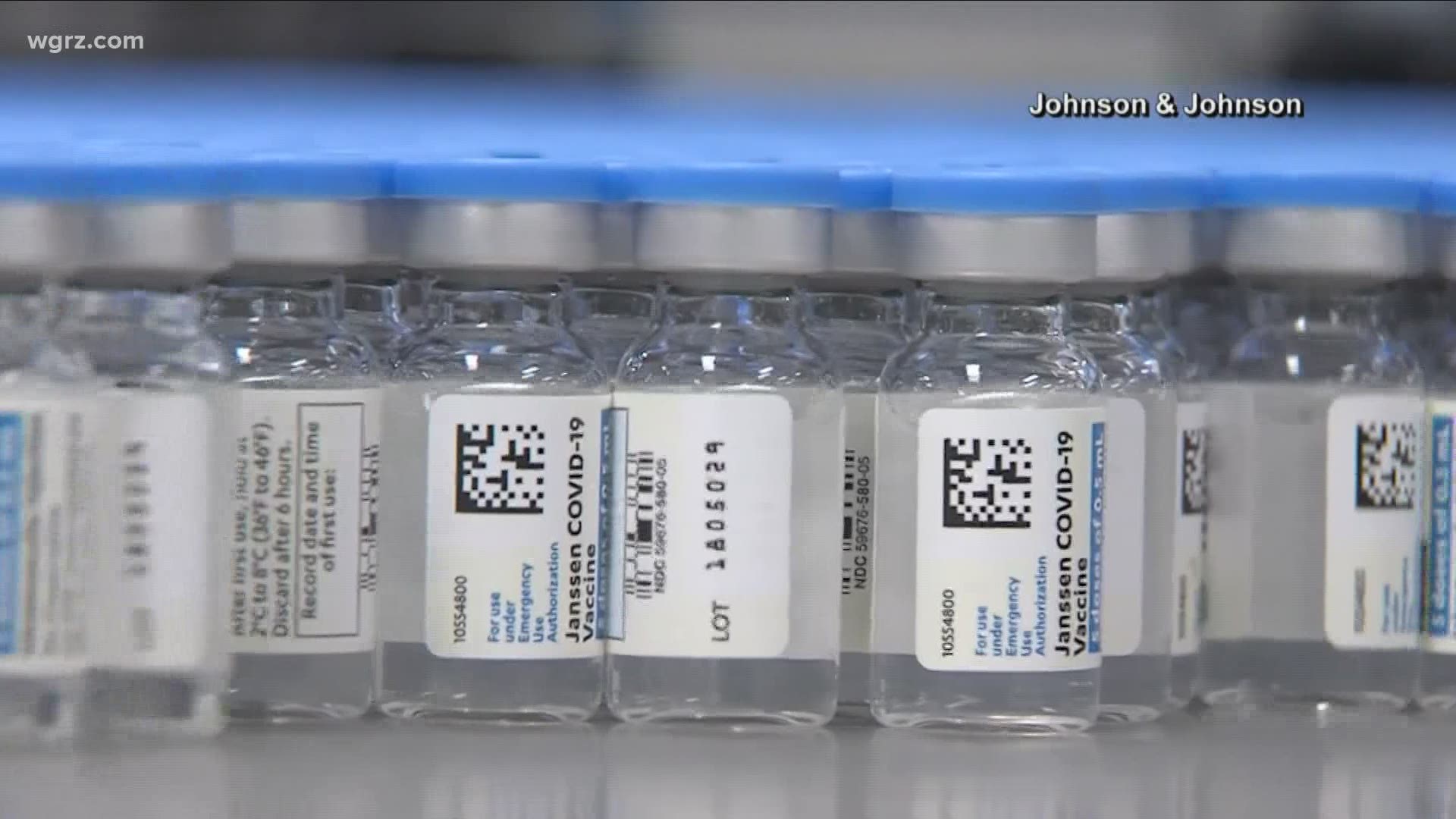 Also according to county data, Gowanda had the lowest population percentage in receiving one dose of vaccine of any rural area in the county, while Lackawanna had the lowest rate of any suburban area.

On Wednesday, the county opened up the KeyBank Center to do vaccinations. The state plans to open a mass vaccination site at the Niagara Falls Conference and Event Center.

Earlier this week, county health commissioner Dr. Gale Burstein said vaccine disparities in Erie County have been found not only based on where people live but also based on income.

"The disparity is also based on where people live but we really feel its more based on income so we see that people living in poorer areas whether they be in the city or in rural areas are more likely not to be immunized, compared to people who live in areas that are wealthier," Burstein said, "In these areas where we’re seeing low numbers we’re doing outreach to make sure people are educated and they’re going to want to get the vaccine and we want to make sure accessibility is not a problem that they’ll have a vaccine clinic near them."