A survey with game-day expectations sent earlier this week to some fans, presumably by the NFL, may have sparked a glimmer of hope. 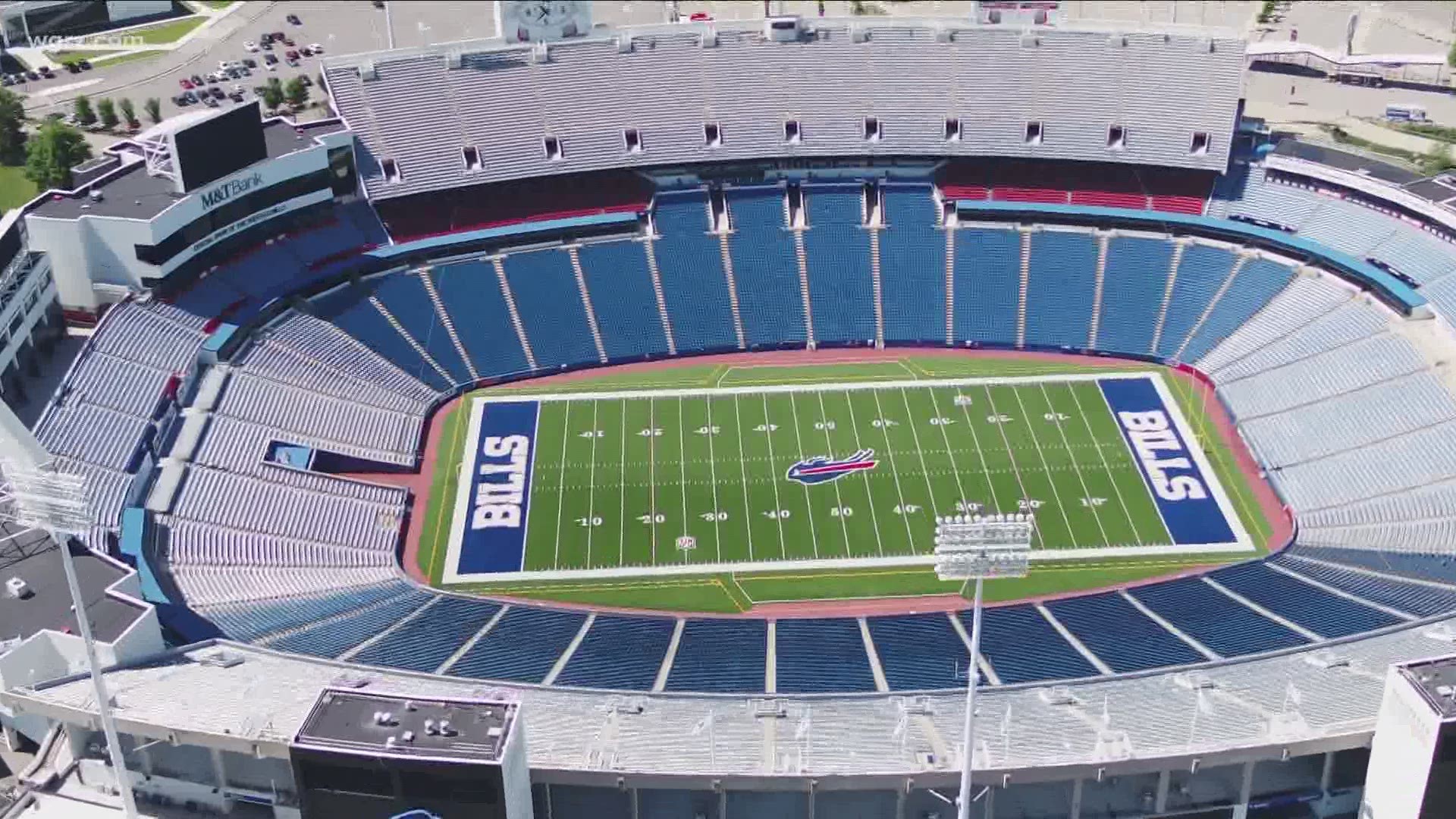 BUFFALO, N.Y. — On Thursday, 2 On Your Side brought you this comment from Erie County Executive Mark Poloncarz when we asked him about the state's no fans inside policy for Bills games:

"If there was a Bills preseason game this Sunday, there would be no fans," he said. "And I don't know what's gonna happen in September. But a decision is going to be made very soon.

"And if, by chance, they make a decision like some communities are, well, we won't allow fans for September, but we'll consider it for October, then we'll be revisiting this on a monthly basis."

The Governor's office responded Friday with a statement that said they were "focused on preserving that progress" that had been achieved with a low ongoing infection rate and their "guidance still requires pro sports to take place without fans.

They did add, "We continue to to evaluate all of our guidance in real time, as the public health needs on the ground dictate."

We can also point out that a survey with game-day expectations sent earlier this week to some fans, presumably by the NFL, may have sparked a glimmer of hope.

Then back in June, The Buffalo News quoted Bills team president Kim Pegula as stating that a phased in stadium crowd over the season is one of the options they're looking at, and if that's the way they have to go, they'll "be ready."

However you choose to interpret all this and realizing the state could still call an audible, one local health expert says it is feasible with our relatively low COVID case rate that the Bills could now come up with a fans in stadium game plan.

University at Buffalo Infectious Disease Chief Dr. Thomas Russo told us earlier this week it would be based on certain points.

"The steps involved getting fans in and out of the stadium safely," Dr. Russo said. "Good physical distancing within the stadium. Dealing with food and drink at concessions when fans would be unable to wear masks. I think universal masking would be part of this."

But Russo quickly added: "The onus is gonna still be on us, you know, Buffalo Bills fans and Western New Yorkers, to really execute that plan. Or otherwise, if we do get permission to watch the Bills game and we don't execute it, it could be a one-and-done."

Buffalo News sports columnist Vic Carucci, a Channel 2 sports contributor, told us "My understanding is that all the teams have gone through logistical plans in their stadiums of how fans could be seated and spaced apart. And it's a cautious approach that says, 'OK, we might have no fans for, say, the first couple of games, but we'll see where we go from there.' I think the Bills are in the same boat."

Carucci goes on to say, "If there's the chance that some fans could be permitted safely in the range of say 20 percent or so of capacity, which some teams are saying, like Kansas City for its early games, then maybe that could change for Buffalo in the course of the year, if the number of cases are in a favorable place, and if there's confidence that a plan they have to keep people safe at games is good enough."

From reviewing ESPN and other sources, it appears many teams are still undecided on bringing fans inside and expect to begin the season without their presence. USA Today reports that the new Las Vegas Raiders have decided not to have fans at all for the whole season at their rather glamorous new stadium.

Poloncarz makes a good point that some in the Bills organization he has spoken with are leery of having fans at the stadium because they fear someone who is asymptomatic could get near a player, coach, or other staff member and cause an outbreak.

The county executive says you don't want to be that person in Buffalo to get a player or coach sick if the team has the potentially great season which they are projected to have. Of course, under HIPAA laws they could not be identified but no one wants to be that person.

Carucci says the players and their union are discussing that stadium exposure issue with the league and their medical advisors.

Speaking of advisors, Carucci say there is a newly formed competition panel consisting of former general managers such as former Bills GM Bill Polian. He says they are looking at ways to help teams adjust to stadiums without their loyal fans to pump them up for a crucial third down play.

For example, they are suggesting pumping in recorded crowd noise for a home team if their stadium does not have fans to try and restore some of the traditional competitive edge. 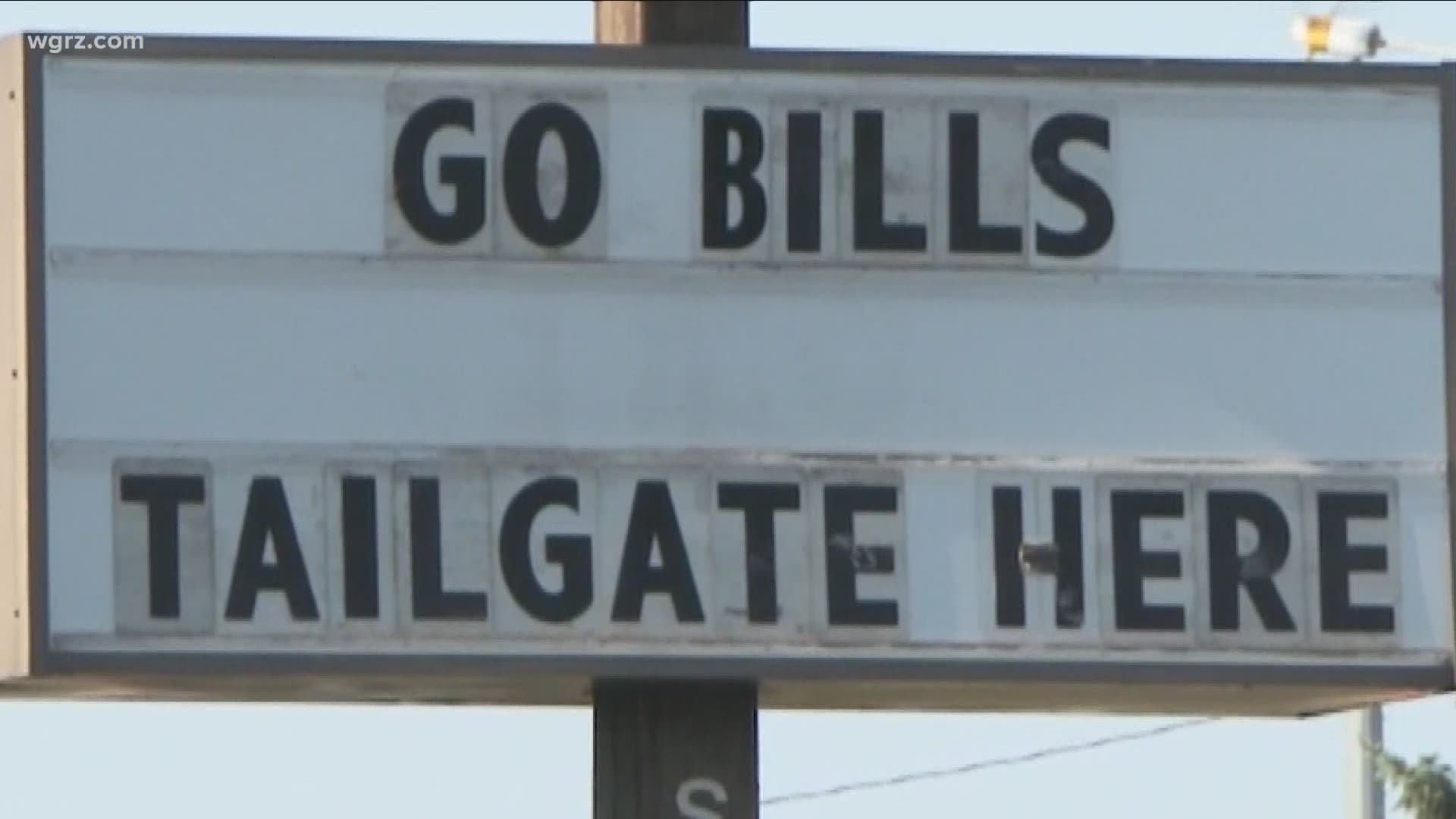