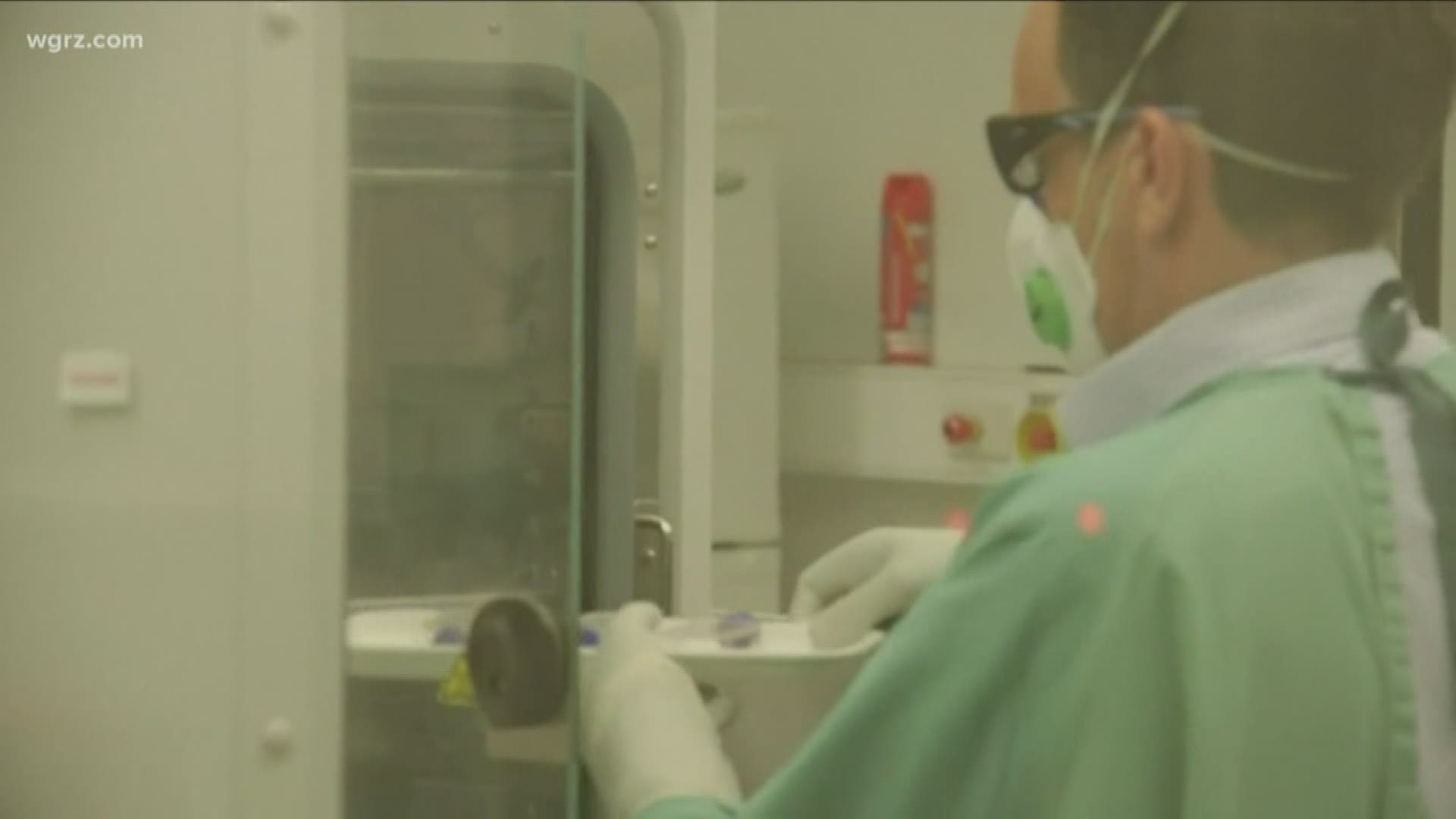 BUFFALO, N.Y. — Erie County officials announced Thursday morning that there is one new positive case of COVID-19, also known as the novel coronavirus.

The newest confirmed case comes from a person who lives in Amherst. Nothing else is known about the individual at this time. The county is still awaiting the results of 308 tests.

On Wednesday, officials said during an evening news conference that one positive test was a person from North Collins.

Of the six announced Wednesday night, two live in Buffalo, one lives in Lancaster, one in Cheektowaga, one in Williamsville, and one in Hamburg.

But testing for coronavirus, also known as COVID-19, could be slowing down in Erie County, even as testing continues into the night.

"Our public health laboratory actually testing capability is limited right now," Dr. Gale Burstein said. "We have a shortage of certain laboratory supplies, so we are not going to be able to test any additional individuals over and above what individuals are already scheduled for testing."

County officials say that if you have not been scheduled for testing, you will not be able to get tested. It is believed that the peak would not hit until 45 days from Tuesday.

Dr. Burstein says there are other commercial laboratories such as Quest and Lab Corps that test for the virus. 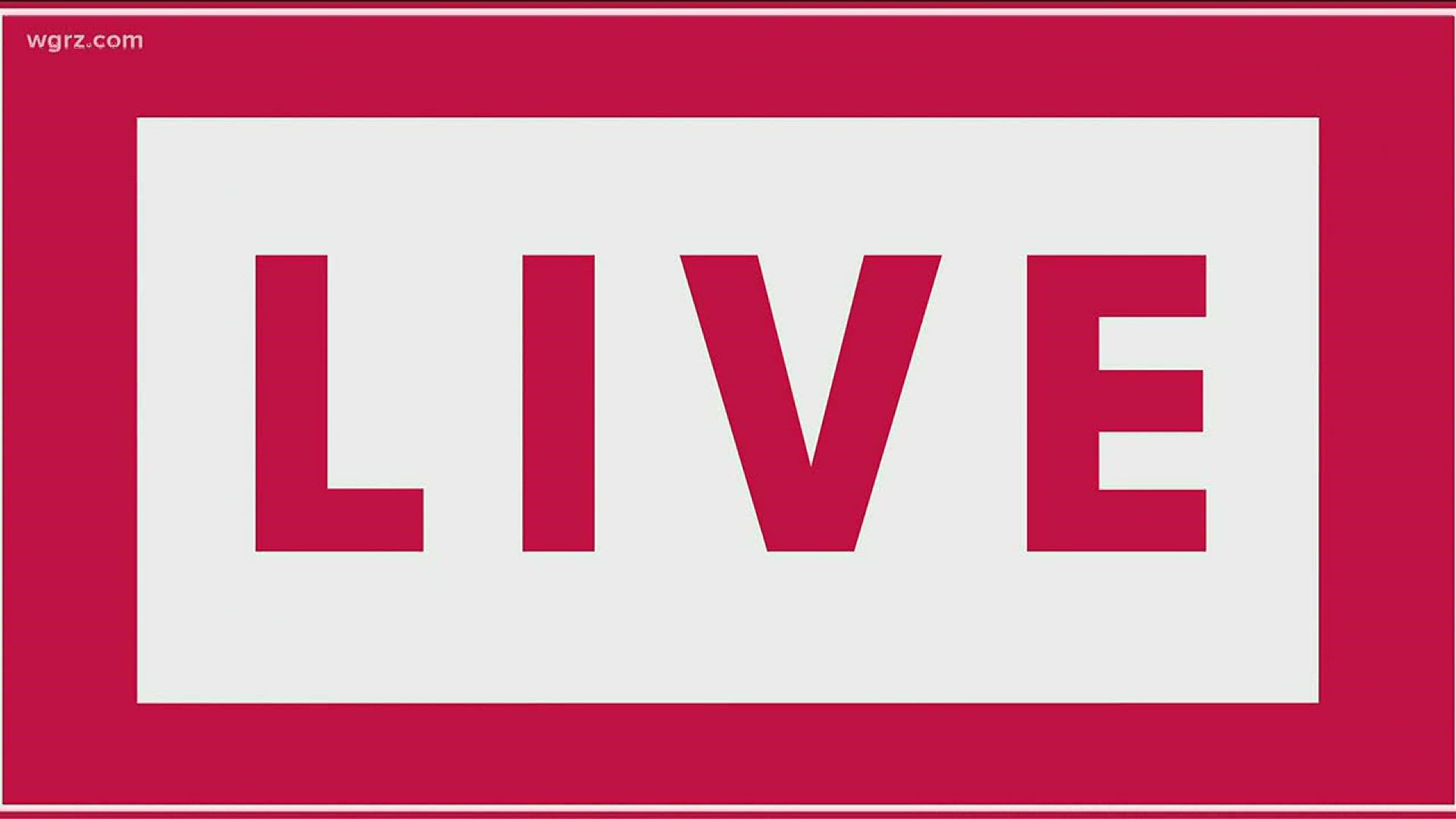 Kaleida, Roswell Park, and Erie County Medical Center were expected to begin testing for the virus. However, they are unable to get testing materials, and some are awaiting state approval.

A spokesperson with the Erie County Health Department confirms there was a site for individuals with an appointment scheduled through the health department to have samples collected for testing.

The location was at the Twin District Firehall on William Street in Lancaster. The site was being guarded by the Erie County Sheriff's Office.

However, it will not be in operation Thursday. It was also not open for drop-ins.

The health department spokesperson explained the site was for individuals who had a COVID-19 test authorized through their physician or the county.

Poloncarz told reporters, "It is not open to general public though. You had to actually had been approved by your doctor and the department of health. You were assigned a time but that is being shut down because we don't have the ability to test anymore."

The spokesperson with the health department told us they were also scheduling individuals for drive-up testing at the county's clinic on William Street, but that has ended as well.

Officials said they will only schedule tests when they have testing materials.

According to the work of epidemiologists, they pinpointed some locations where people who were symptomatic and tested positive in recent cases revealed on Tuesday had traveled:

An emergency child care task force, set up by the state, said Erie County is coordinating with families to help provide day care.

Several New York State child care laws will also be suspended, allowing the families of first responders to get daycare, often free of charge, for children ages 5 to 12, from 7 a.m. to 6 p.m.

The state is also reaching out to colleges and universities to gauge possible housing solutions.

Poloncarz stressed that families not use daycare when there are parents who are working from home.

The symptoms of coronavirus can be similar to the flu or a bad cold. Symptoms include a fever, cough and shortness of breath, according to the Centers for Disease Control.

Most healthy people will have mild symptoms. A study of more than 72,000 patients by the Centers for Disease Control in China showed 80 percent of the cases there were mild.

But infections can cause pneumonia, severe acute respiratory syndrome, kidney failure and even death, according to the World Health Organization. Older people with underlying health conditions are most at risk.

The CDC believes symptoms may appear anywhere from two to 14 days after being exposed.

RELATED: Amherst man talks about his experience since testing positive for coronavirus (COVID-19)