Without a reservation, you can't be in the area at all. Owners say they hope everyone complies because they want to have viewing parties through the Super Bowl. 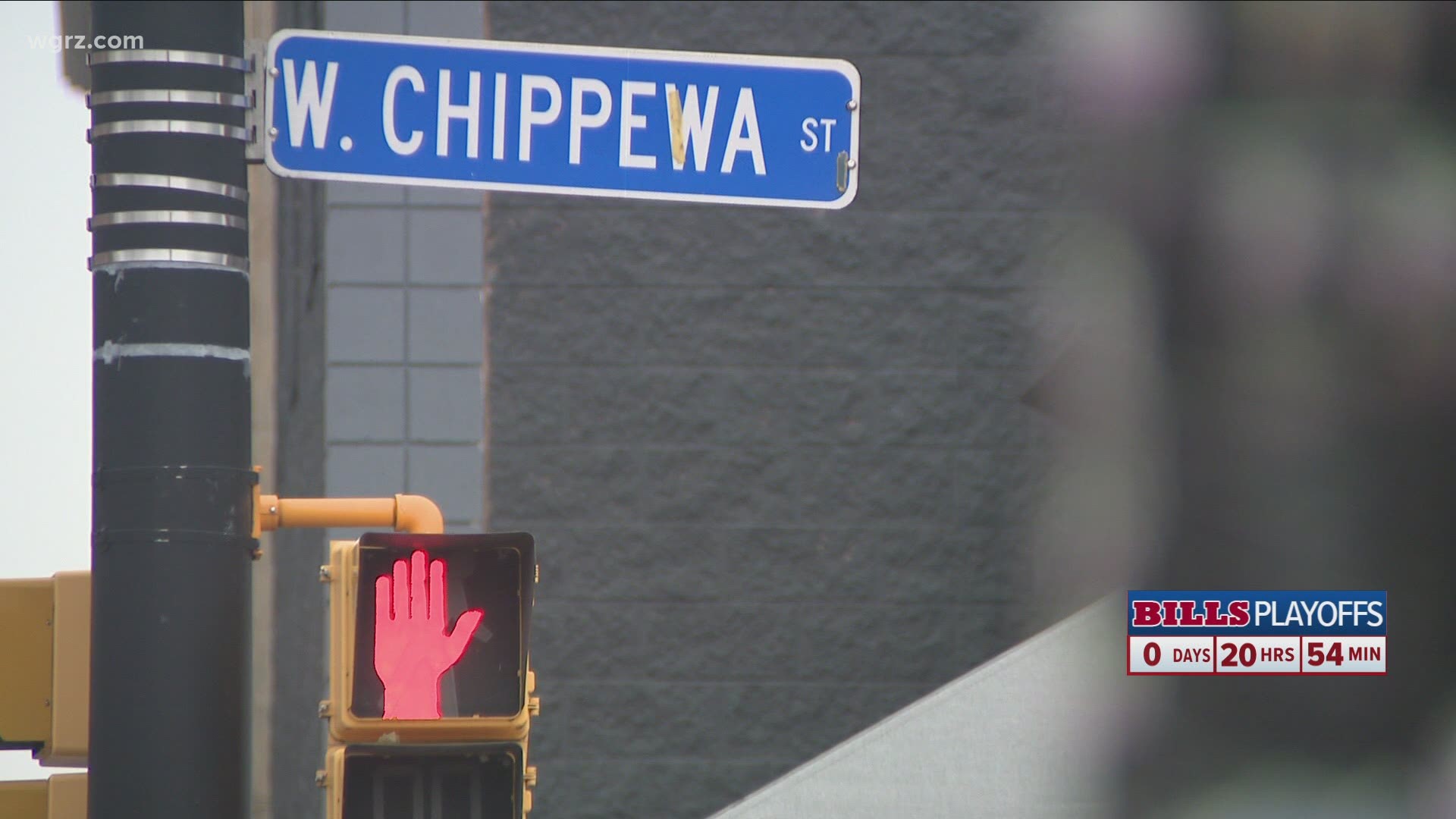 BUFFALO, N.Y. — A few restaurants along Chippewa Street are hosting a viewing party outside tomorrow for the Bills' first playoff game.

The city has already started putting up some barriers on the street between Delaware Avenue to Franklin Street.

Soho restaurant owner Jay Manno says the city has assured him police officers will be in the area in case restaurants need the assistance. He also says private security guards will be at the viewing party.

Manno says reservations for the viewing party sold out quickly.

That means if you weren't able to make a reservation, you can't be in the area at all.

"At each end of the street, so on the north and the south sides of the sidewalks, you're going to have to be a part of this event. You'll have wristbands that designate you are part of the event, and without a wristband, you will not be able to be at the end of the street," Manno said.

As for those attending, COVID-19 protocols will be in place, meaning if you aren't at your table for a a maximum of four, you must always be wearing a mask.

Tables will also be placed six feet apart from one another along Chippewa.

Manno says security guards will also walk around inside the event to ensure those rules are being followed.

Most of all, he hopes onlookers don't cause an issue so restaurants can continue this throughout the rest of the season.

"Please respect the event. We're sorry we can't get more people in on this first one. It makes more sense to not have that many people now. I think we're at about 268 that we maxed out at and be respectful of it so maybe next week they can join us," Manno said.

He says if Saturday goes well, he may try to expand the viewing party to a few more blocks. 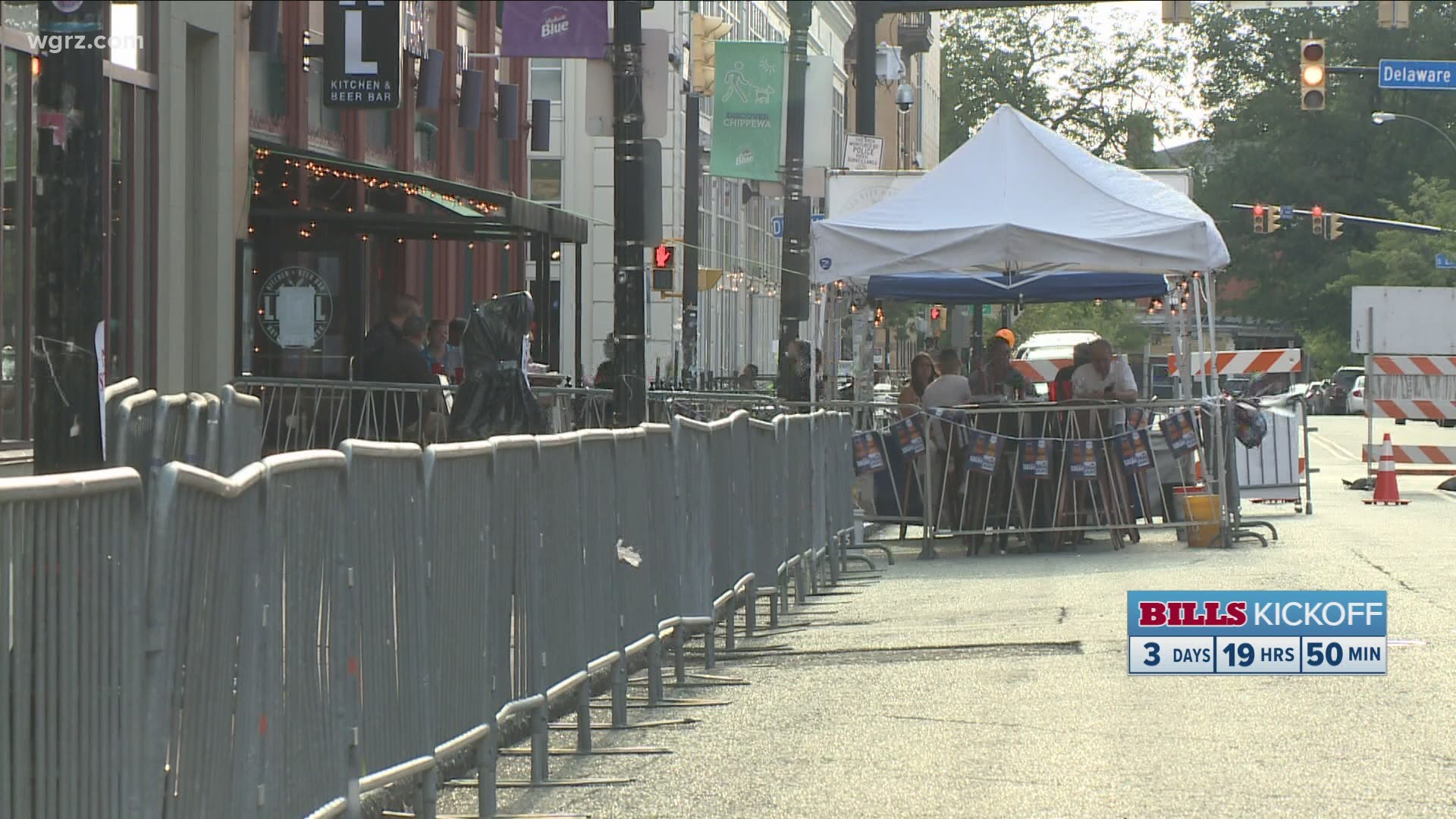