'We were really happy with our sales, and it definitely helped when it's been really rough the past couple of months for us.' 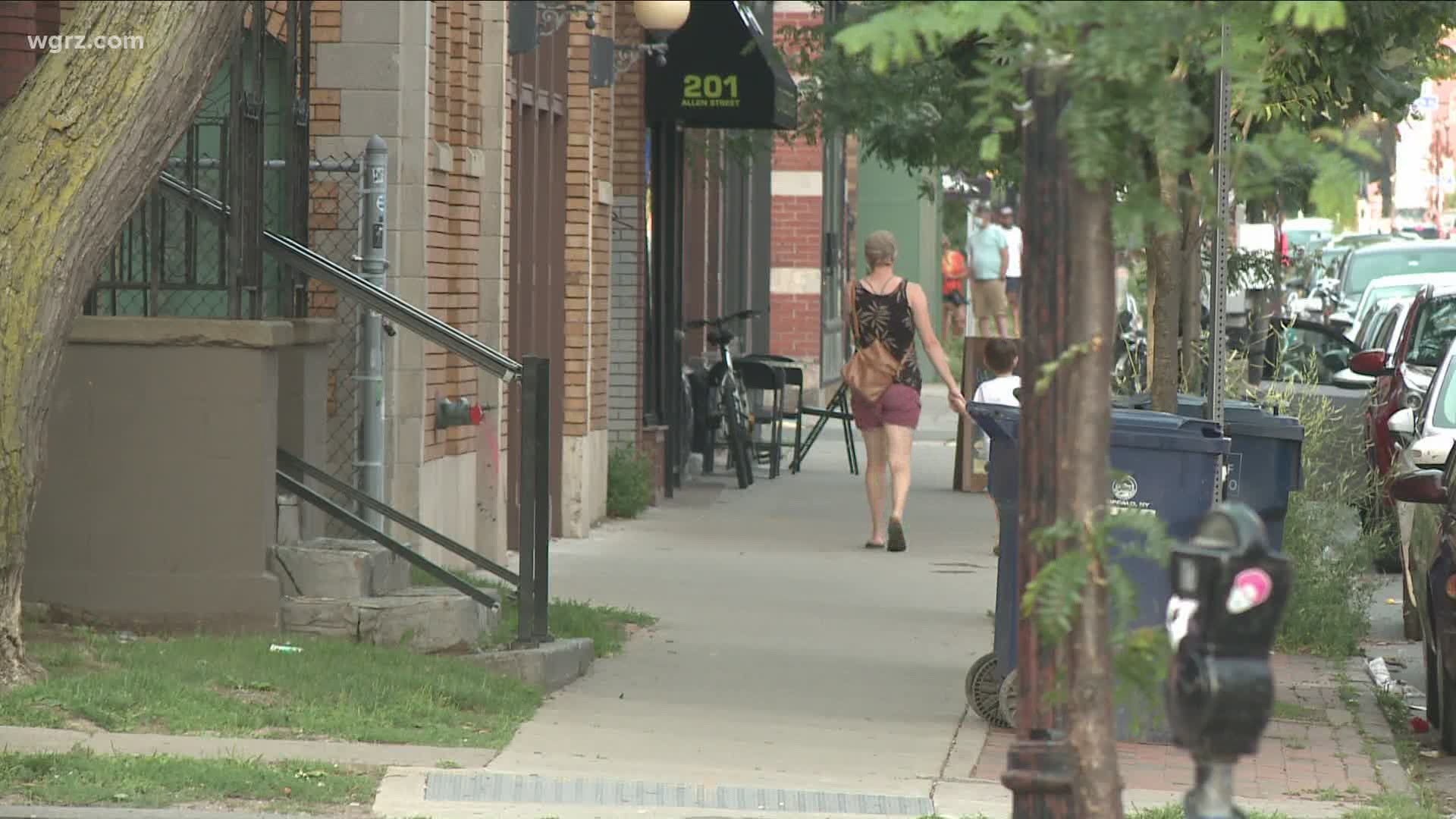 BUFFALO, N.Y. — The City of Buffalo and some bar owners on Chippewa Street took outdoor dining to a different level Friday night with a block party approach to help them out from the pandemic shutdown.

How has it gone for business owners and customers?

"It went really well," said Stephanie Smith, the owner of Buffalo Tap House on Chippewa Street. "We were really happy with our sales, and it definitely helped when it's been really rough the past couple of months for us."

That's why the Tap House jumped on the idea of extended front patio seating in the closed of street from 5 to 11 p.m. The city announced Friday that it would have a trial run to assist Chippewa Street businesses by blocking off the one block stretch between Delaware Avenue and Franklin Street until Labor Day.

Smith saw that it worked for the back patio of her business, and she even hired a couple of additional servers to meet more customer demand that is definitely there, even on a quiet Saturday afternoon 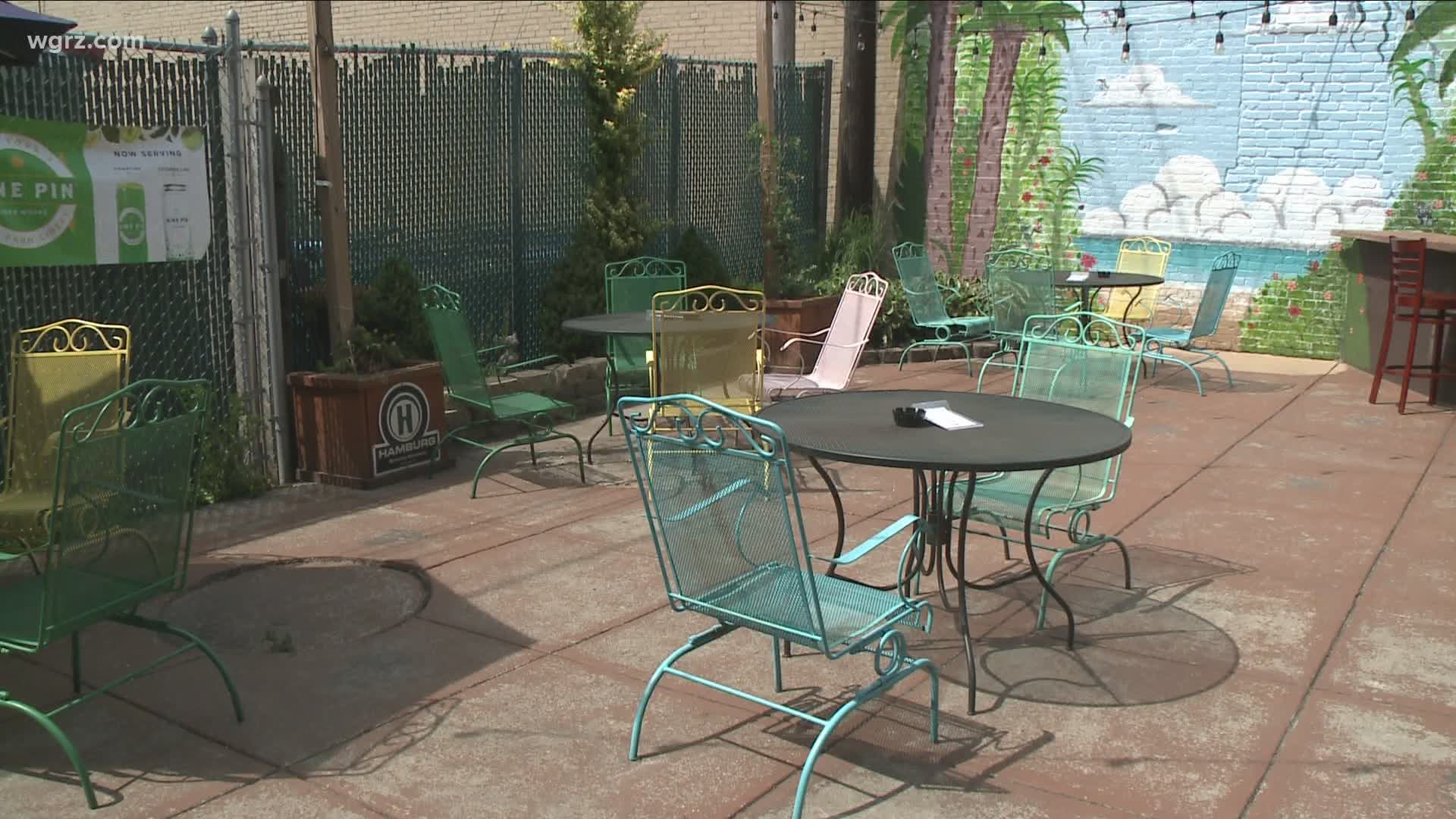 With going out front, as well, it just adds to the socially distanced seating options.

"Everything helps," Smith said. "It's fun to have everyone involved on the street, to make it sort of like a party but not. We had all the tables full last night. Nobody didn't follow the rules. It was very well behaved."

That's in contrast to some previous experiences for Smith and other tavern operators, which prompted Gov. Andrew Cuomo's order to require the ordering of food with alcohol.

"It's been difficult the last two months," Smith said. "So for the food thing, where people were just trying to binge drink and they don't listen, they're like kindergartners. But last night was great, I had no problems."

Now there's hope some of the neighboring bars and restaurants will be going out front, as well, with an expanded street party.

"So again, in terms of last night, a passing grade in terms of the business people here," Smith said.

City officials had mentioned that this idea of blocked off streets for outdoor dining could spread to other parts of Buffalo and there was a reference to Allen Street.

We checked with some bar and restaurant owners there as well to gauge interest. 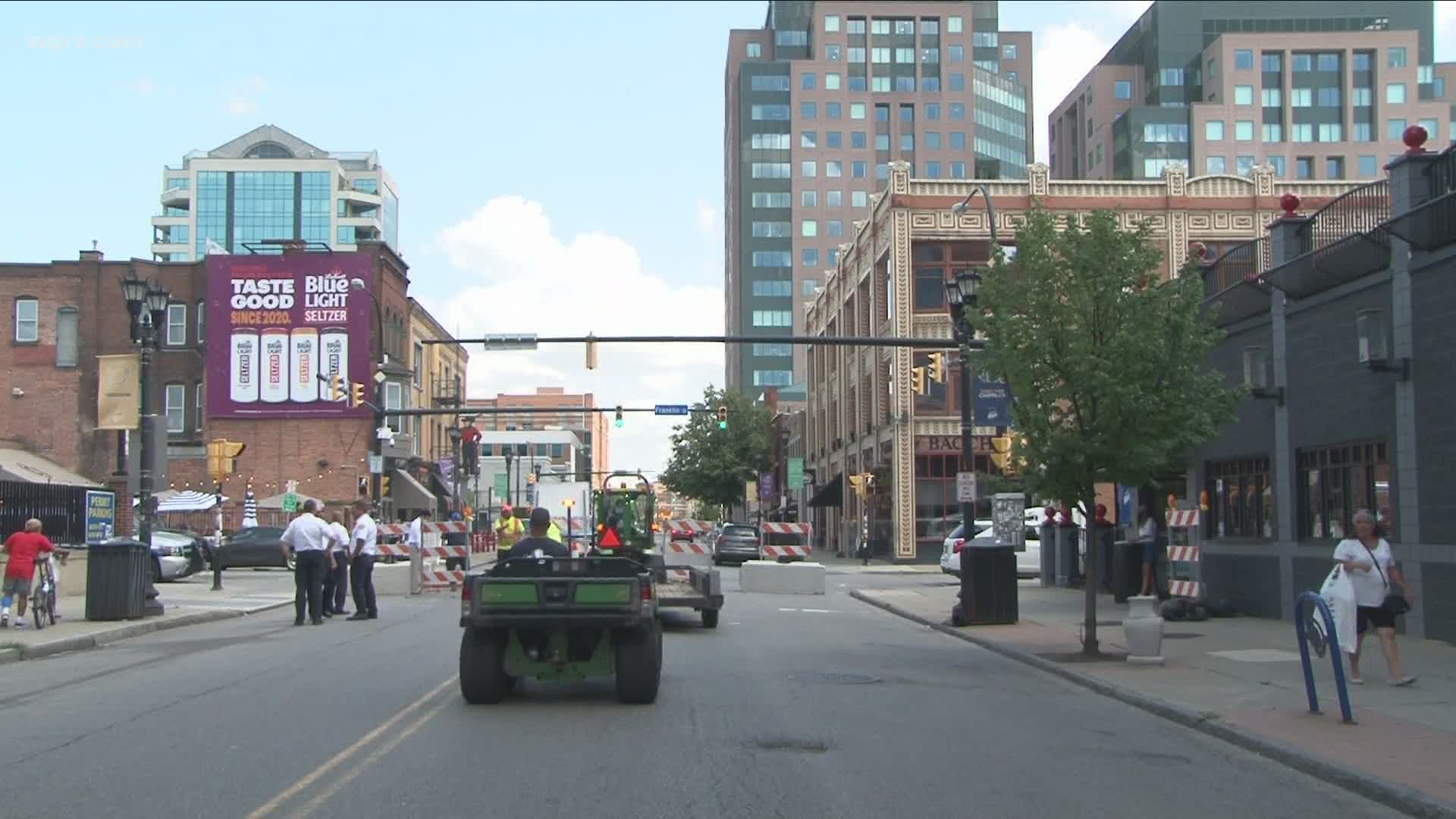 Allen Street is obviously a bit narrow in spots for traffic but it's gathering of bars and restaurants also brings out the evening crowd of those seeking dinner and some nightlife.

Billy Club, like many, has the outdoor seating now for its customers, and while they did well on reopening, extra space may be welcome according to the restaurant's owner Jake Strawser.

"We previously didn't have outdoor seated dining in our previous years, and obviously it's been a great success for us thus far. People are very happy to be outside," Strawser said.

However, there is that other consideration for Strawser.

"Billy Club is predominantly a dine-in restaurant, so we have people who come in from the suburbs and the Southtowns and want to dine here. So we want to make sure that parking would be also available to them if parking on Abbott was taken away. Possibly we could look at additional parking on side streets that are typically only one side, expanding that to two. But it's something that we would definitely be willing to talk about," Strawser said.

The Alley Cat, which is more of a traditional tavern, has definitely been limited for COVID prevention policies with spacing. Manager/part-owner Michael Graziadei views the idea this way.

"If it's something that could be done for more social distancing, it might make a profit for the bars in the area, which are struggling right now," Graziadei said.

"That's the bars, restaurants, and other businesses that are affected just because of the social distancing restriction rules and the food thing. I think it would be a benefit for the neighborhood as long as the people of the neighborhood are OK with it."

So far there is no formal discussion of the on-street dining idea among owners on Allen Street. But another manager told us it has worked out well in some other cities such as Cleveland and Denver. 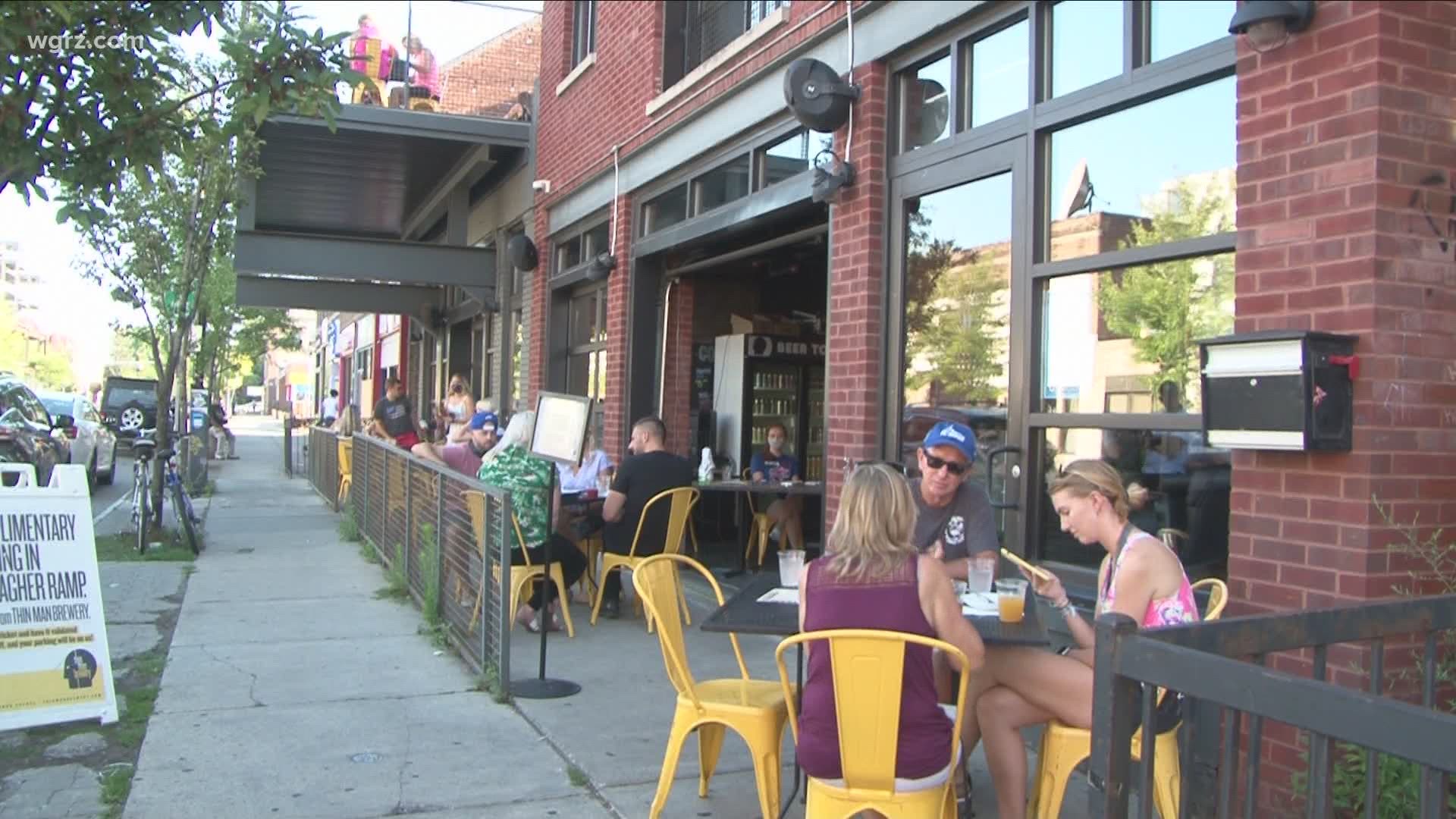