'In a time of national crisis, we forget our workers,' said Brian Brown-Cashdollar of the Western New York Council on Occupational Safety and Health. 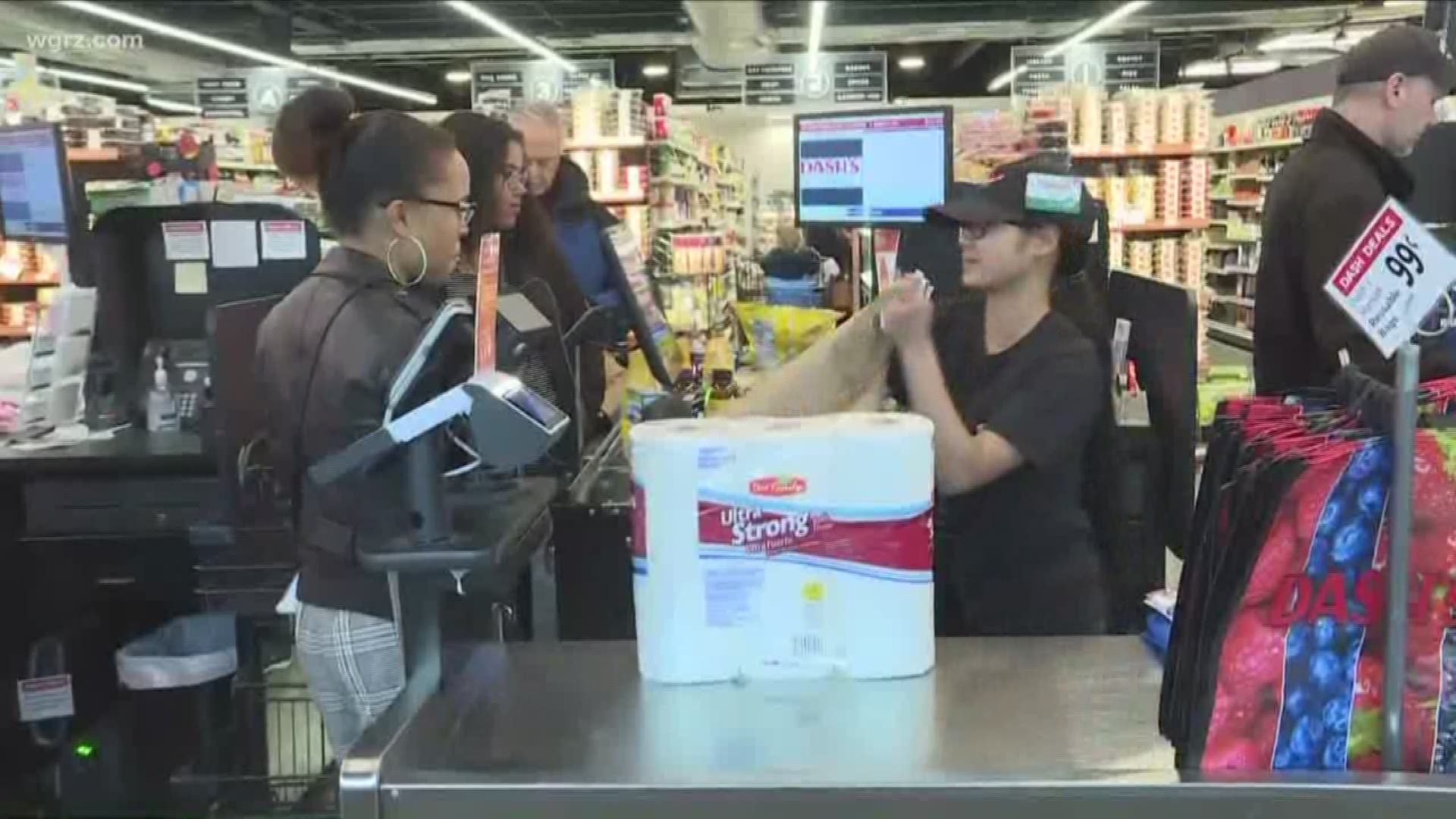 BUFFALO, N.Y. — As more COVID-19 cases pop up around Western New York, more people are racing to their nearby grocery stores.

Brian Brown-Cashdollar, the program director of the Western New York Council on Occupational Safety and Health (WNYCOSH), worries the needs of workers are being forgotten.

"We’re not even thinking about cashiers who have a ton of public contact, and they have no personal protective equipment and no training on how to deal with infections diseases,” he said.

Brown-Cashdollar explained it's not just a public health risk to workers, but also to shoppers.

To help combat this issue, WNYCOSH is offering guidance for cashiers in retail establishments, specifically in relation to the outbreak.

Nellie Brown, the Director of Workplace Health and Safety Programs for the Worker Institute at Cornell University’s School of Industrial and Labor Relations, worked on the report as well.

She said, “One thing is to get people to look at social distancing as they stand in line. Can you put markings on the floor, ask people to stay a distance behind each other?"

Starting Thursday, customers checking out are being asked to stand behind a red line until the customer being cashed out is done.

If paying in cash, customers will be asked to place the money down on the signing shelf eliminating any hand to hand contact with the cashier. The cashier will then put the receipt in the bag.

“We want to make sure that people are assigned a job of regularly going through the store and sanitizing the commonly touched surfaces. So that really does get done and done frequently, not for example just when the store closes or before it opens," Brown said.

WNYCOSH suggests companies allow cashiers regular breaks, at least once an hour to wash their hands and they say using just alcohol-based hand sanitizer is not enough.

Experts also encourage the use cards rather than cash.

Despite the chaos of the current situation, all workers should be treated with respect.

"This is stressful for all of us," Brown-Cashdollar said. "Folks are out of work by the millions. Folks are having to adjust to kids being home from school, so understand that the person who’s crashing you out is as under as you are, but they are at more exposure to this virus than you are right now."