Augmented reality messages would prompt users how to safely enter a building while maintaining hygiene and social distancing. 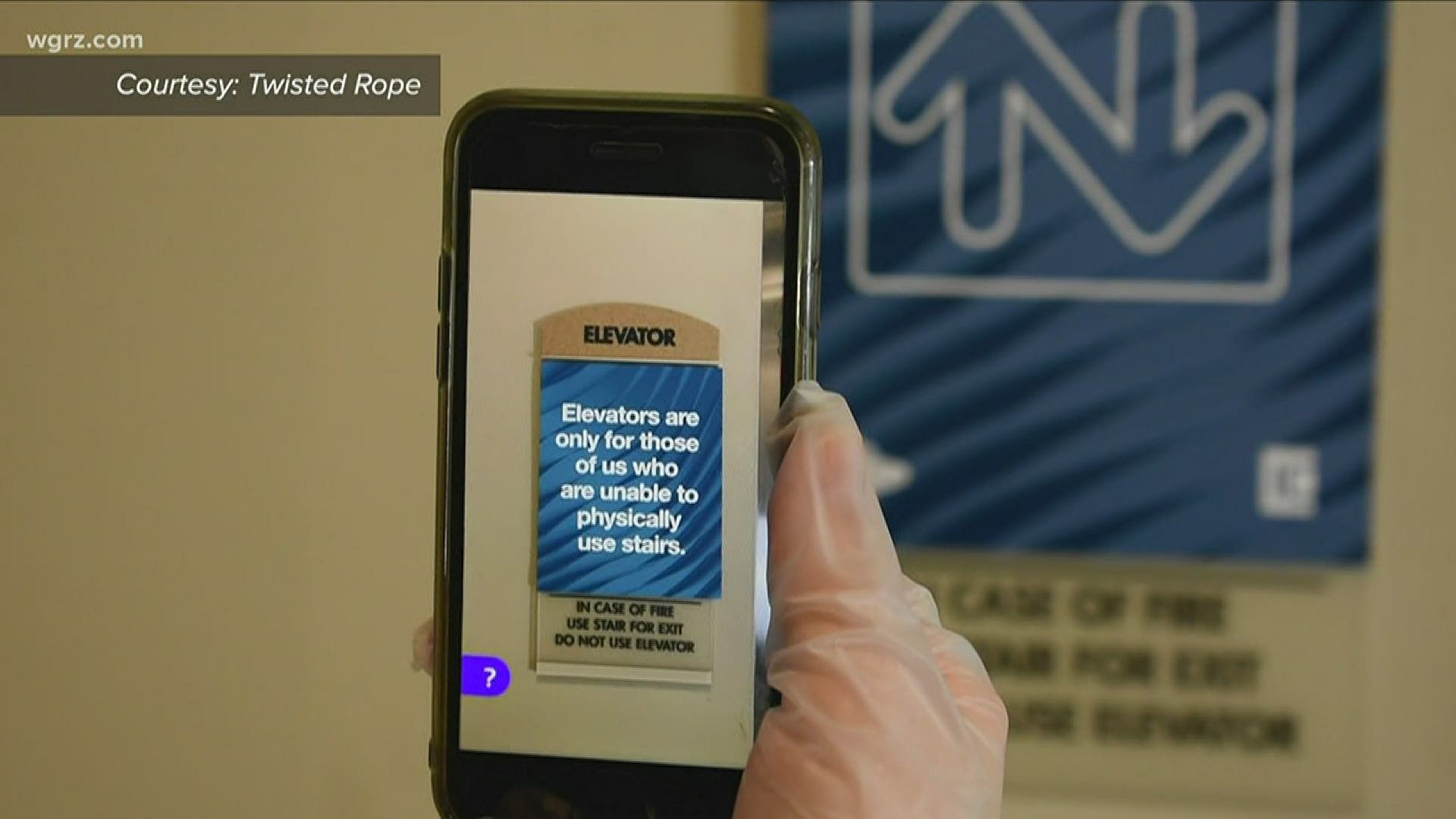 Augmented reality is nothing new, but new applications for its usefulness in everyday life are being demonstrated more often.

Now that the COVID-19 pandemic has had every facet of daily life re-examined, one Buffalo startup has developed an augmented reality experience that will aid people in entering buildings safely in our post-pandemic lives.

Nearly a week ago, Sam Marrazzo, the Chief Innovation Officer at the Buffalo Niagara Medical Campus, approached the team at Twisted Rope to see if they could develop an augmented reality experience as the Innovation Center on Ellicott St makes plans to eventually reopen.

By Tuesday, the Twisted Rope team had a functioning prototype to demonstrate.

“We got it all done, came down here, did the test, and the ability for us to still be operational, and collaborative despite what we're going through now is a testament that we can actually move forward and, and hopefully go back to something that is closer to normal,” Norton said.

Six months ago, had you asked Norton and the Twisted Rope team if creating an augmented reality system to safely enter a building, he likely would have replied with a hard no.

“So much of the application of augmented reality has been with consumer products and triggering off of labels of products, etc,” he said.

He went on to say that these are unusual times, and startups need to pivot.

“I can see the experience of augmented reality being used in outside locations as well. So giving people information where they need it when they need it, where it's applicable for maintaining Social distancing”

Right now, this is only being demonstrated at the Innovation Center at the Buffalo Niagara Medical Campus. But Norton thinks it could easily scale to other buildings on the campus and beyond -- when things eventually “reopen” that is.

To take advantage of augmented reality messages from a building upon entering it, a user would need to download the AReveryware app. The app, developed by Twisted Rope, is available on IOS and Android.

The way it’s set up at the Innovation Center, a user can not enter the building without looking at the augmented messages on the AReveryware app. A user steps on a marker opens the app on their phone and a message is displayed.

In the case of the Innovation Center, the augmented experience outlines guidelines to maintain social distancing in the building such as one to an elevator, for example.

“It’s a safe way to also give people the feeling that their needs are being attended to with information when they need it when they need,” Norton said.

As large office buildings, corporate parks, and even schools look at plans to reopen in a post-pandemic world, tools like augmented reality could a tool to put people at ease while they venture out -- assuming everyone follows the guidelines that are in place.

“We're just looking forward to seeing what kind of reaction we get from this not only from usage on the campus, but for all other scenarios in which people need to enter indoor facilities, but not becoming in contact with others,” Norton said.

To learn more about AReveryware you can visit the website for the platform.