Juan Phillips spent 31 days of his 101-day hospital stay on a ventilator. The 38-year veteran was admitted to Erie County Medical Center on March 21. 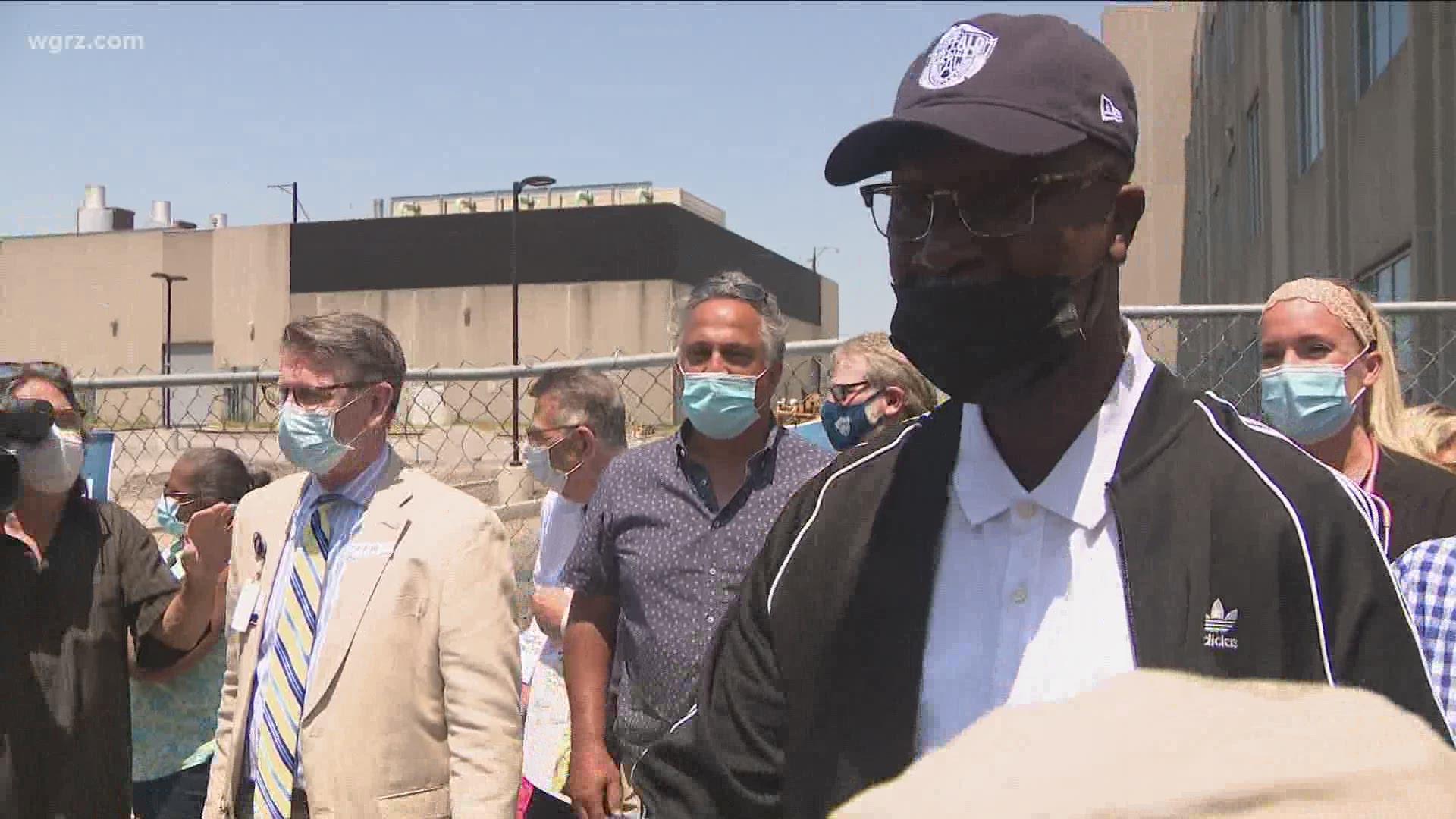 BUFFALO, N.Y. — With an enthusiastic crowd of family, friends, hospital workers, and fellow police officers on hand to greet him, Juan Phillips, 65, emerged from the Erie County Medical Center for the first time in 101 days  on Thursday.

Phillips, a 38-year veteran of the Buffalo Police Department, was admitted to ECMC on March 21 with COVID-19 symptoms.

Two days later, his health failing, he was placed on a ventilator and remained on it for for 31 days.

After being transferred from the hospital's Intensive Care Unit in late April, he spent two weeks in the hospital's Acute Medical Surgical Unit, before spending the remainder of what turned out to be a more than three-month hospital stay in the Medical Rehabilitation Unit.

"There was a couple of long nights when where I actually said, 'Why me?' But I also quickly remembered to be thankful that my life was spared," Phillips told WGRZ-TV, while thanking the medical staff who he described as being second to none.

"When Juan came in, he was one of the sickest of our sick," said Timothy Kline, a registered nurse who manages the critical care unit that looked after Phillips.

"It's days like today that give us all the reward for what we do what we do."

At 5 p.m., Phillips discussed the details of his lengthy and serious battle with Covid-19.

At 6 p.m., Phillips reflected upon the blessings he can still count and still hold and be thankful for. 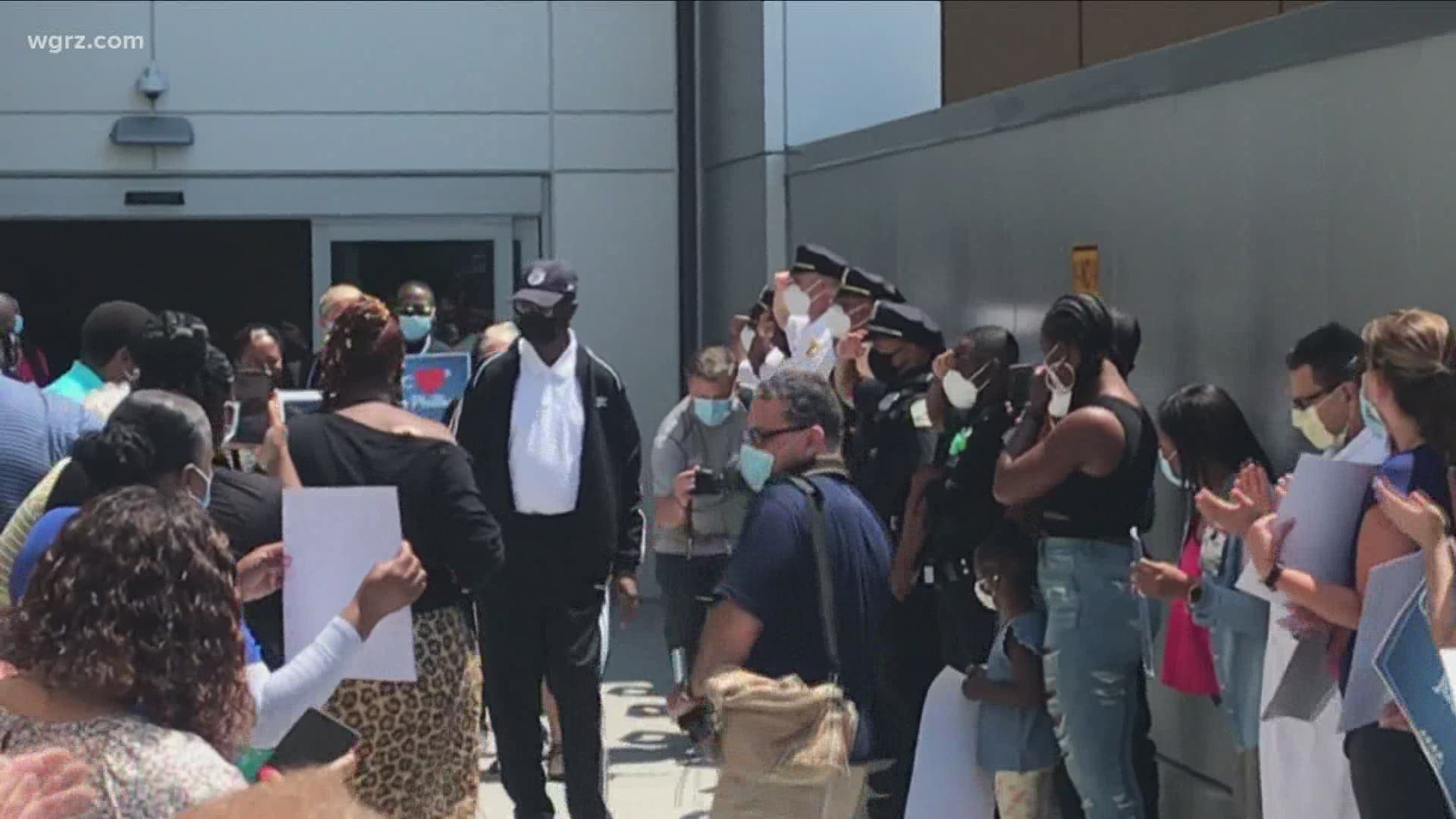 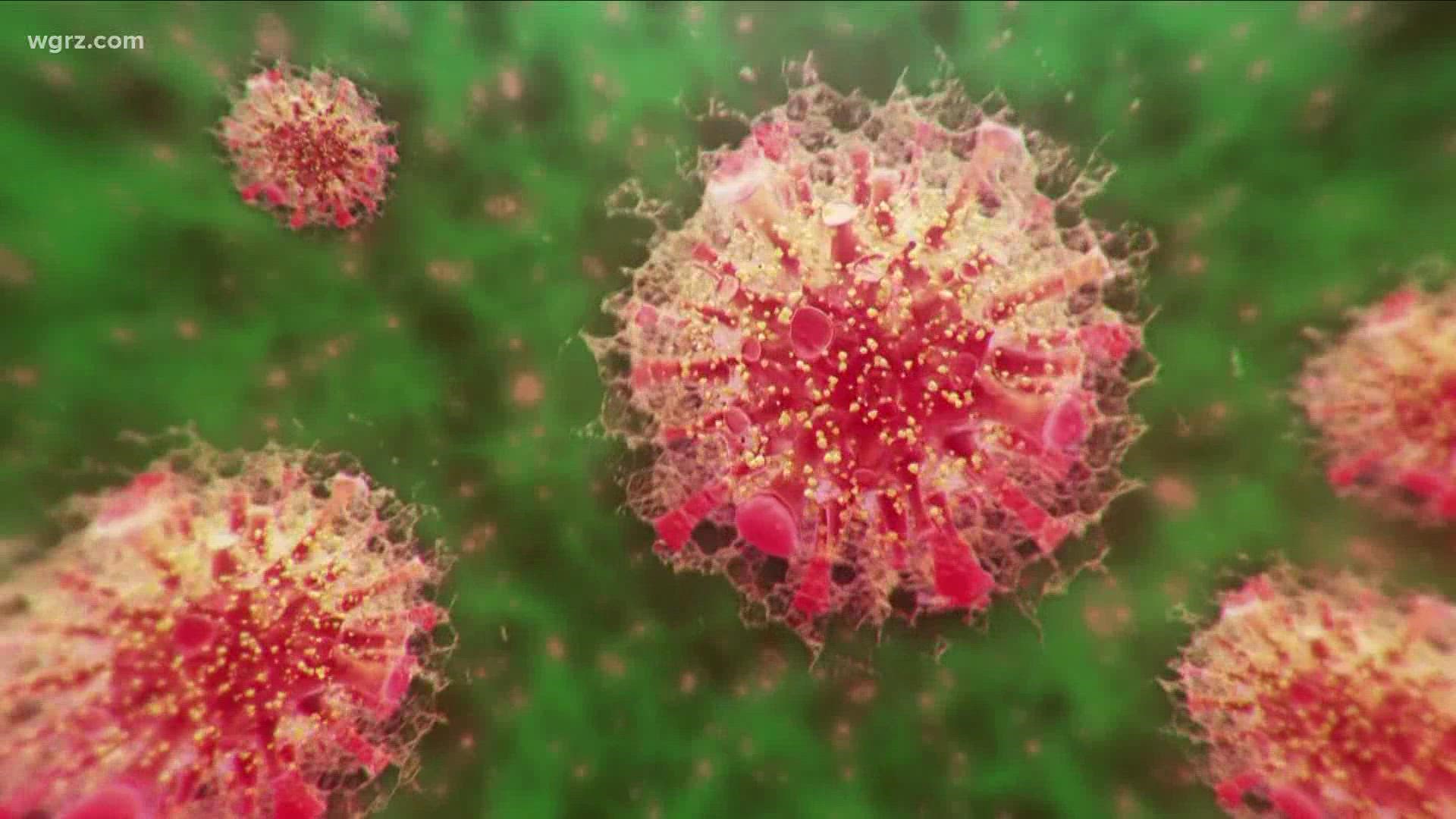