Mark Hamister died of COVID; his children are now urging others to get vaccinated

'My dad would want everyone to know that this was his greatest mistake, and if he could take it back, he would've just taken the shot,' his daughter Katie said. 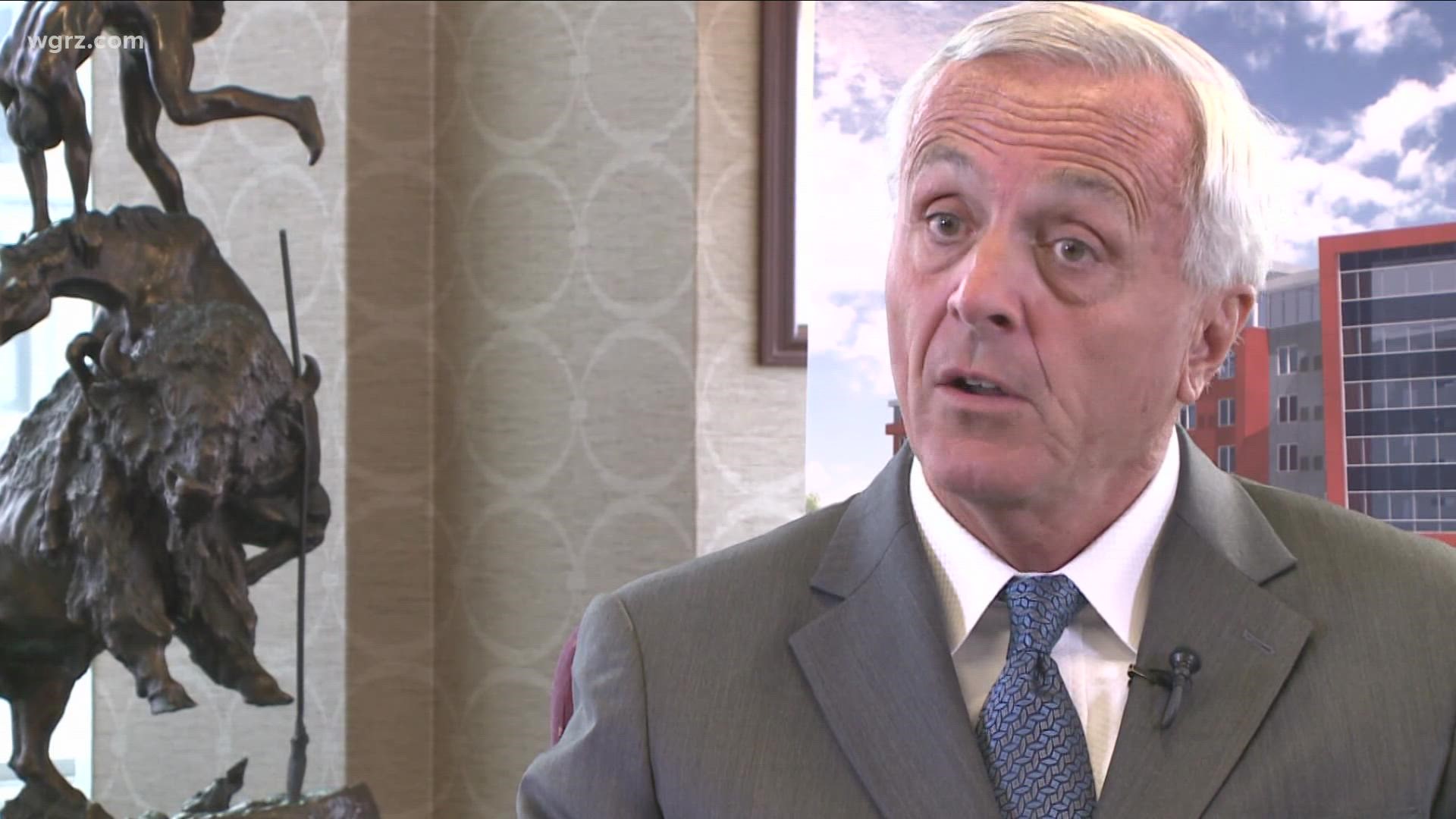 BUFFALO, N.Y. — Amid a resurgence of infections and deaths, some people who once rejected the COVID vaccine or waited too long to get it are now dealing with the consequences. Their families are as well.

The children of Buffalo booster Mark Hamister have a message for Western New York in their first television interview.

Katie and Dan Hamister told 2 On Your Side's Claudine Ewing that while they were quick to embrace the vaccine, their father was not. They describe how Mark Hamister spent his last days, alone in a hospital bed, filled with regret.

Part of Western New York's improved landscape over the last decade is because of developers like Mark Hamister, who died in August.

"My dad would want everyone to know that this was his greatest mistake, and if he could take it back, he would've just taken the shot," Katie said.

Mark Hamister was a successful businessman and a family man. He died of COVID-19 at the age of 69, and he was unvaccinated.

"What he did say on the phone in the hospital was that he regretted not getting vaccinated," Katie said.

Added Dan: "I was on vacation when he actually tested positive."

Dan and Katie are twins. She lives in Raleigh, N.C. This summer she returned to participate in the Empire State Ride. When it ended July 31, she spent an evening with her father and 94-year old grandmother.

Then the call from her dad came in early August: He had COVID.

"He realized real quick that this could have spiraled through his whole family," Katie said.

Hamister was hospitalized for about 15 days. He communicated almost every day with the family.

"He'd been stable, he needed oxygen to help him breathe. Without it, his oxygen would sink into the 60s or lower," Dan said.

Hamister had no underlying health conditions.

"Had he gotten vaccinated, I don't think he would have had as serious of an issue," Dan said.

Was he hesitant and just not trust it?

"He believed that it was just a bad flu, and I believe a lot of that has to do with disinformation that's out there," Dan said.

He believes his dad didn't truly understand the risks.

"Everybody in this country needs to focus more on where they get their information because there is too much information out there that is point blank wrong," he said.

Hamister was a Buffalo booster. When Sabres fans feared the professional puck would not drop in Buffalo, Hamister tried to buy the hockey team.

"We can't have a viable Buffalo Sabres without a viable arena," Hamister said at the time.

He didn't get it, but the effort was there. Just like he pulled no punches when politics interfered with development.

"In order for us to obtain the financing, I need my franchise agreement," he said.

The family, still grieving, explains what they never wanted to experience, deciding on comfort care for their dad.

"We need to be, as a country, more selfless and focused on those that need it most, which means in order to protect them, you need to protect yourself," Dan said.

His kids now reflect on their last conversations with the man the public knows as a businessman, but they know as dad.

"Every conversation ended with, 'I love you,' " Dan said.

What do they want the legacy of their father to be?

"He was a huge proponent of Buffalo, the community," Dan said. "Huge commitment to family and that was a huge part of his life."

Mark Hamister's office remains the way he left it: immaculate, with walls of accomplishments.

Now he's speaking through his family. The message that he has for Western New York right now when it comes to the vaccine, what would it be?

"Get vaccinated," Dan said. "It's not just for you, it's for everybody."