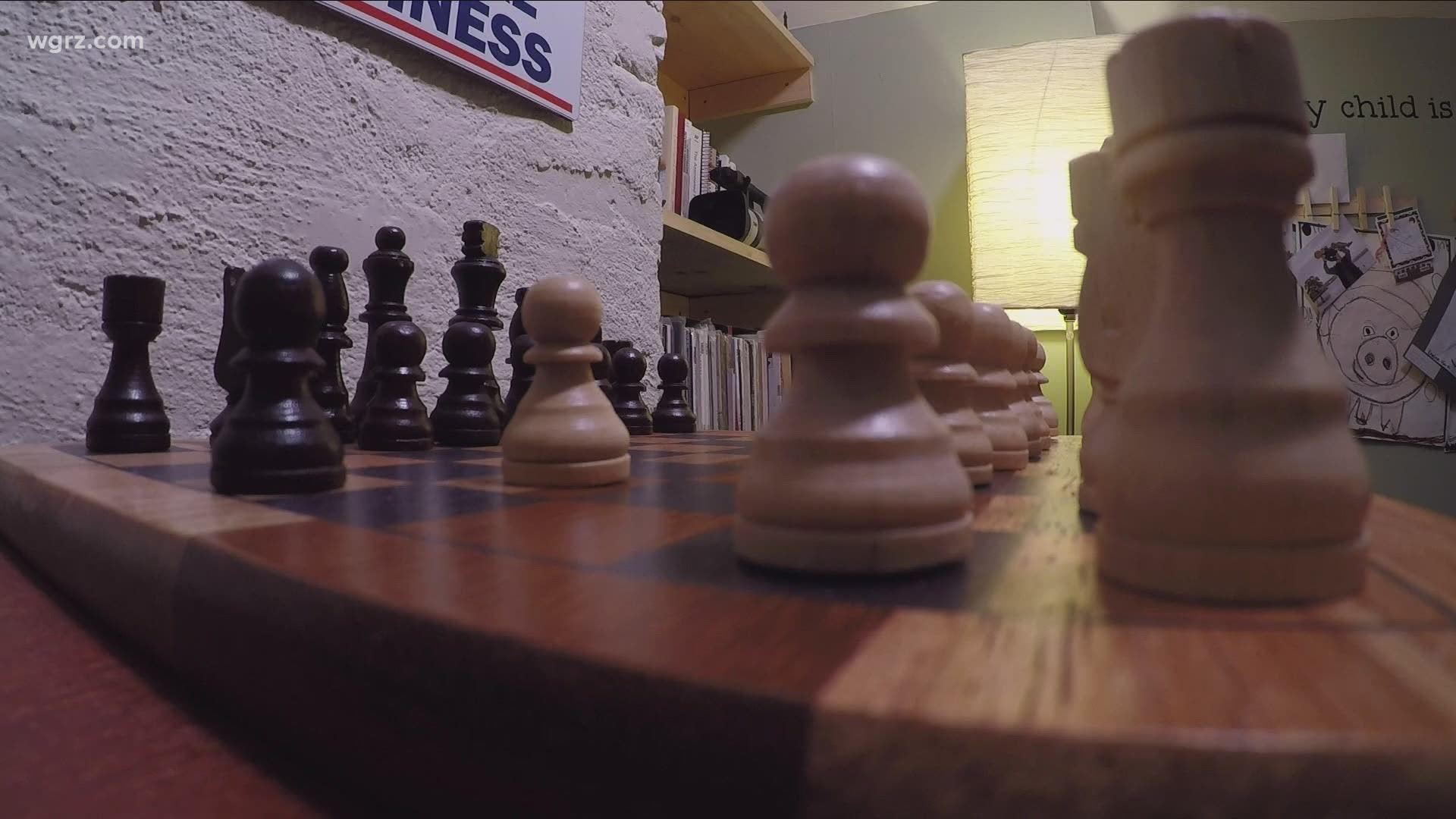 If this were an in-person match you’d likely flag an official and plead your case.

But the pandemic has forced competitive chess online and with that has been a rampant uptick in cheating for sanctioned chess matches.

"I'm an international master title with the federation."

Dr. Regan is an associate professor of computer science and engineering at the University at Buffalo, and he’s one of the most sought after investigators when it comes to cheating in chess.

According to data published on Chess.com, the uptick in fair play violations has tripled since November of last year. Over 18,000 accounts were deleted on by Chess.com over cheating violations in November, the highest ever on that platform. The number of players online has also increased because of the pandemic and also thanks to the popularity of the Netflix hit "The Queen's Gambit."

Coming up on @wgrz at 5 p.m. I take a look at the increase in chess cheating since the pandemic began, and the @UBuffalo professor who is a sought after investigator who finds cheaters around the globe. pic.twitter.com/hVV9gKQk5L

“Hidden cameras, earpieces, computer in the shoes, phones hidden in the loo's," Regan said. "Online, it's unfortunately, so easy.”

Dr. Regan says because people are isolated during the pandemic, it's easier for them to cheat.

“There are possibilities of circumventing camera setups by having acquaintances off-camera signal you if your microphone is cardioid, not omni-directional, it has a shadow, you know, all sorts of things like that.”

Dr. Regan says players may utilize additional computers to try and cheat, and he says people are getting away with it.

But chess federations and other platforms reach out to Dr. Regan when they suspect a cheater because he has developed a computer model that can detect uncharacteristic moves from a player. With so many players ranked and skill-level easily detectable, Dr. Regan's platform can use the data from a match and prove if a player is using a move above their skillset.

Dr. Regan utilizes the supercomputing power of the UB Center for Computational Research. Dr. Regan inputs the appropriate information from the alleged cheating incident into the model and the supercomputer runs the numbers to determine if there has in fact been cheating.

“It's completely data-driven, it does not use the special sauce of my equations, but it identifies cases that should be looked into further," Regan said.

Dr. Regan says the temptation for cheating seems to be intensified online, compared to traditional board play.

“The unfortunate number that impacts my life the most is a factor of 100x's," Dr. Regan said. "100x's more likely for someone to be cheating online than over the board in person chess, which is what my model deals with.”

Chess is popular again: over 158 million matches were played on Chess.com in November, and that's not including other chess federations and portals.