Some Western New York stores are selling out of cleansers and bathroom items shortly after restocking it on the shelves. 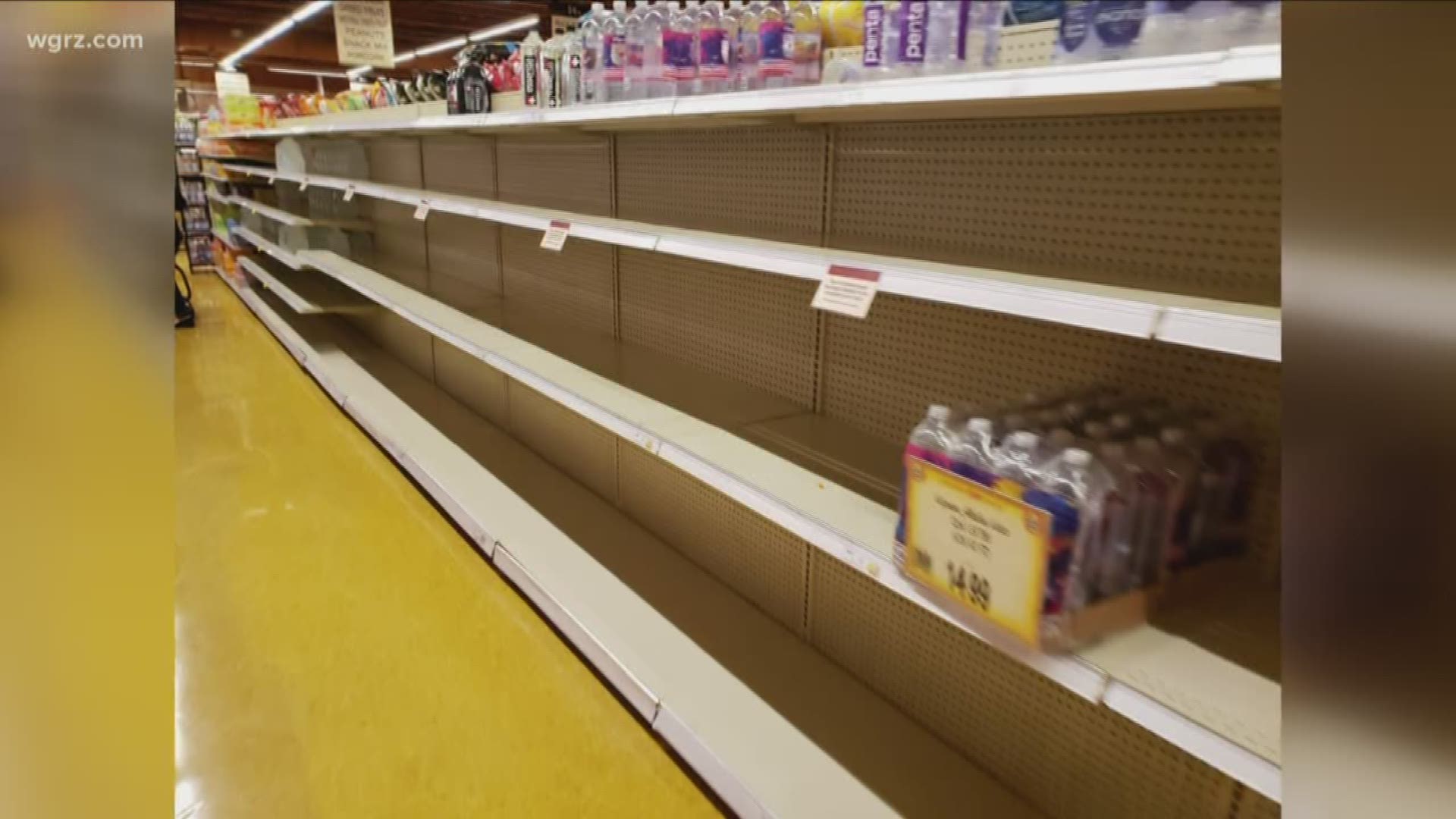 Images of empty shelves that were once filled with a variety of options for things such as water and toilet paper have become commonplace for a lot of shoppers.

2 On Your Side's Karys Belger stopped at a few stores in the Buffalo area on Saturday, and shoppers said it’s more of the same as people stock up on items amid concerns of coronavirus.

One of the Shoppers was Marilyn Horwood. She stopped by the Tops Friendly Market on Sheridan. She said the store was full but some of the shelves were not.

"Most of the shelved were empty, there wasn’t a roll of toilet paper to be found anywhere," she said.

There were no confirmed cases of COVID-19 in Western New York at the time, but people are stocking up all the same, and stores are working to keep up with the demand.

Wegmans closed all of its 24-hour locations in New York State at midnight, so staff could clean and restock for this morning’s rush.

Tops did something similiar. The franchise closed some of their 24-hour locations at 1 a.m. and opened up at 5 a.m.

For Dash’s Market, it’s a different story. Shoppers told 2 On Your Side they had no trouble getting what they need.

Dash’s President Mark Mahoney has been busy since early this morning making sure popular items like toilet paper, are at the ready. A truck was on-site unloading paper products that Mahoney put on the shelves less than half-an-hour later.

Karys Belger spoke with Mark earlier in the week. He said he hadn’t needed to limit customer purchases yet, but today was different.

"We’ve started to limit some of the cleaning supplies and some of the toilet paper just to the mass quantity of people that are trying to purchase. And we’ve done that so we have enough to go around to as many consumers as we can."

He’s still in contact with his distributor in case things get dire, and he says, he’s sure he’ll be able to keep up with the demand.

RELATED: Impact of coronavirus starting to be felt by Western New York stores