Higgins pushes for federal plan to reopen border, believes vaccination should be required

Congressman Brian Higgins believes proof of vaccination should be required to drive over the border into Canada when it reopens to non-essential travel. 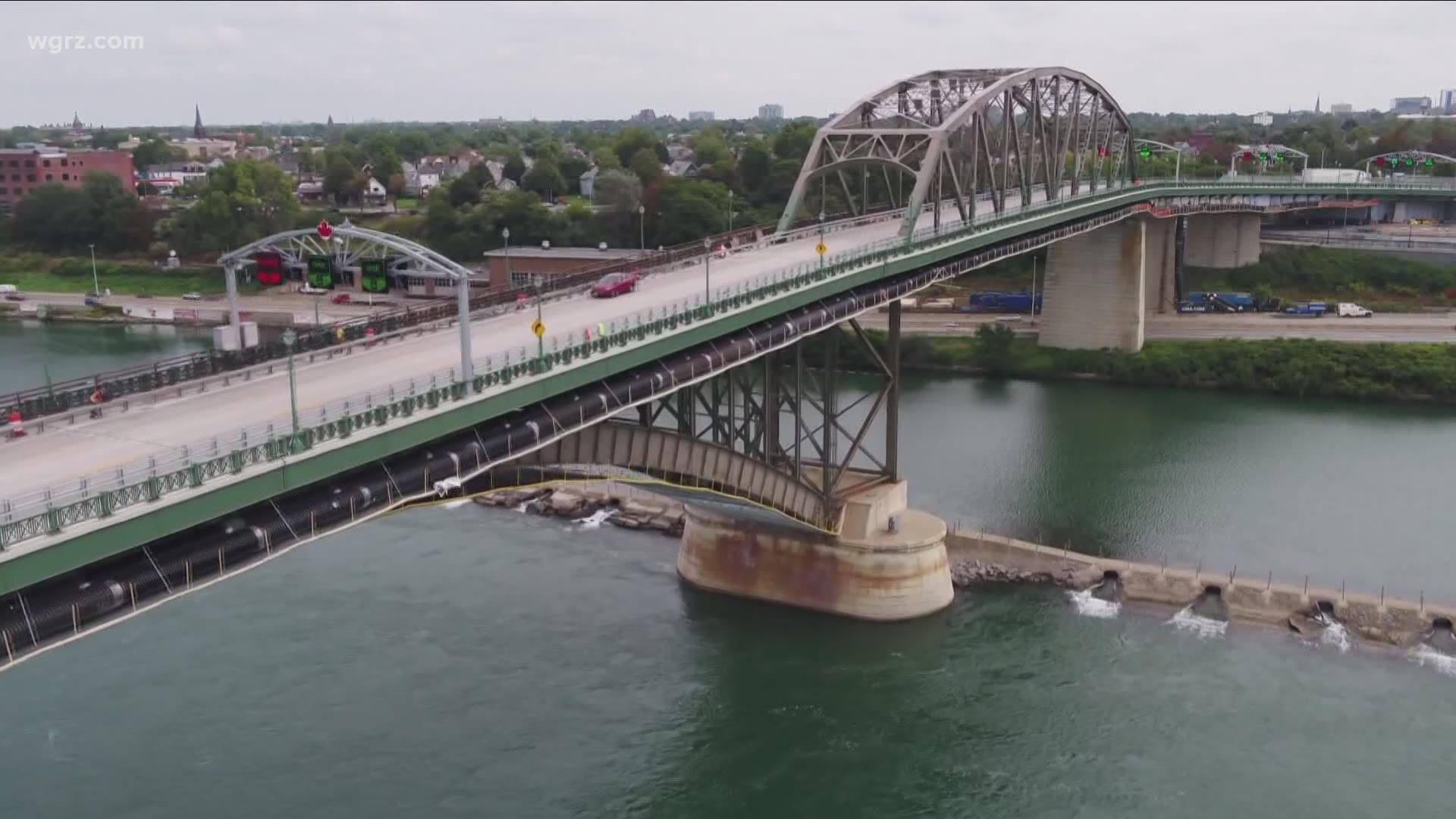 BUFFALO, N.Y. — U.S. Congressman Higgins is calling on the U.S. Department of Homeland Security to create a plan to safely reopen the U.S.-Canada border, which has been closed to non-essential travel for more than a year.

In that plan, Higgins believes proof of vaccination should be required to drive over the border into Canada when it reopens to non-essential travel.

"It would have to be, and Canadian officials would require that as would U.S. officials, but that can be accomplished," Higgins said, "and also a means by which to encourage people that may be skeptical about a vaccine to get a vaccine."

In his letter to the U.S. Department of Homeland Security, Higgins said, “I write you to advocate that the Department immediately advance concrete proposals for a phased re-opening of the Northern Border to our Canadian partners, and again call on the Department to immediately implement appropriate unilateral measures toward the normalization of the border, including promulgating a family reunification policy at least as generous at the policy implemented by the Government of Canada many months ago."

President Joe Biden issued an executive order earlier this year that said a border reopening plan would be developed in 14 days, but one has not been released.

Higgins said the plan could involve a mask mandate and vaccine requirement to cross the border.

"If you're vaccinated twice, if you wear a mask, if you practice good physical distancing, you pose no danger to anyone in Canada, and vice versa," he said.

Higgins is pressing for a partial reopening of the border by May, which would include people with property and loved ones over the border, and a full reopening by July.

2 On Your Side asked, with May just a few weeks away, if he believes the Biden Administration can have a reopening plan done and in place by then, Higgins said, "I don't know, but here's what I do know: They said they were going to have a plan, and I am just holding them to that."

This comes as Ontario, Canada, implemented a provincewide emergency break on April 3 as a result of a surge in COVID-19 cases and hospitalizations connected to Canada's slow vaccine distribution.

Higgins said he believes the United States should have the World Health Organization assist Canada with vaccine distribution, but added that should not stop Western New Yorkers who are fully vaccinated from being able to travel over the border.

The Department of Homeland Security extended the border closure for non-essential travel until April 21.

Calls for a plan from government on how the border will reopen. We agree. https://t.co/jMqSJKLxnA