Flying Bison Brewing Company owner Tim Herzog says he has almost 1,000 half-kegs that will need to be replaced. 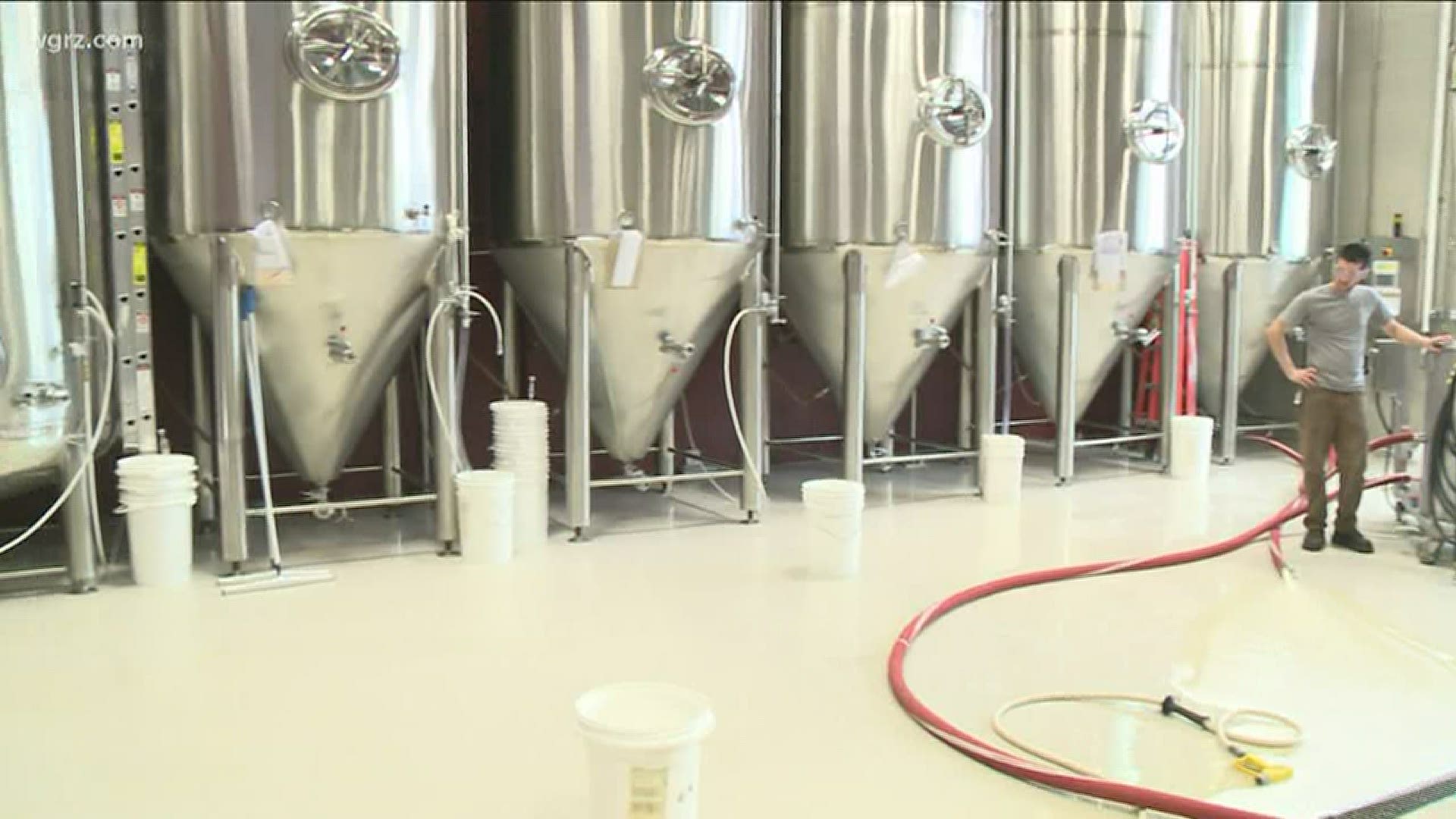 BUFFALO, N.Y. — While alcohol sales have been up during the coronavirus pandemic, but the beer industry has endured some problems.

Millions of gallons of keg beer are stuck on stadiums, concert halls, restaurants and bars, sitting there and going stale.

Flying Bison Brewing Company owner Tim Herzog says he has almost 1,000 half-kegs that will need to be replaced. He says that's a problem for everyone, from small microbreweries to huge producers such as Budwesier.

"Overnight, everything closed, so that beer that is sitting on tap at Joe's Bar and Grill and in Western New York, that's 1,700 places that have draft beer. All that beer is sitting there not getting any better," he said.

"And on top of that, behind it there's two or three times that beer at distributors, sitting there, not getting any better."

Herzog says this could put smaller brewers that are draft-centric out of business. He and many other local breweries have cans, bottles and growlers to at least help bridge the gap.

RELATED: Make-A-Wish Western New York brings a little bit of Scotland to recipient whose trip is on hold