The NFL sent out a survey to some Bills season ticket holders asking them a wide-range of questions. 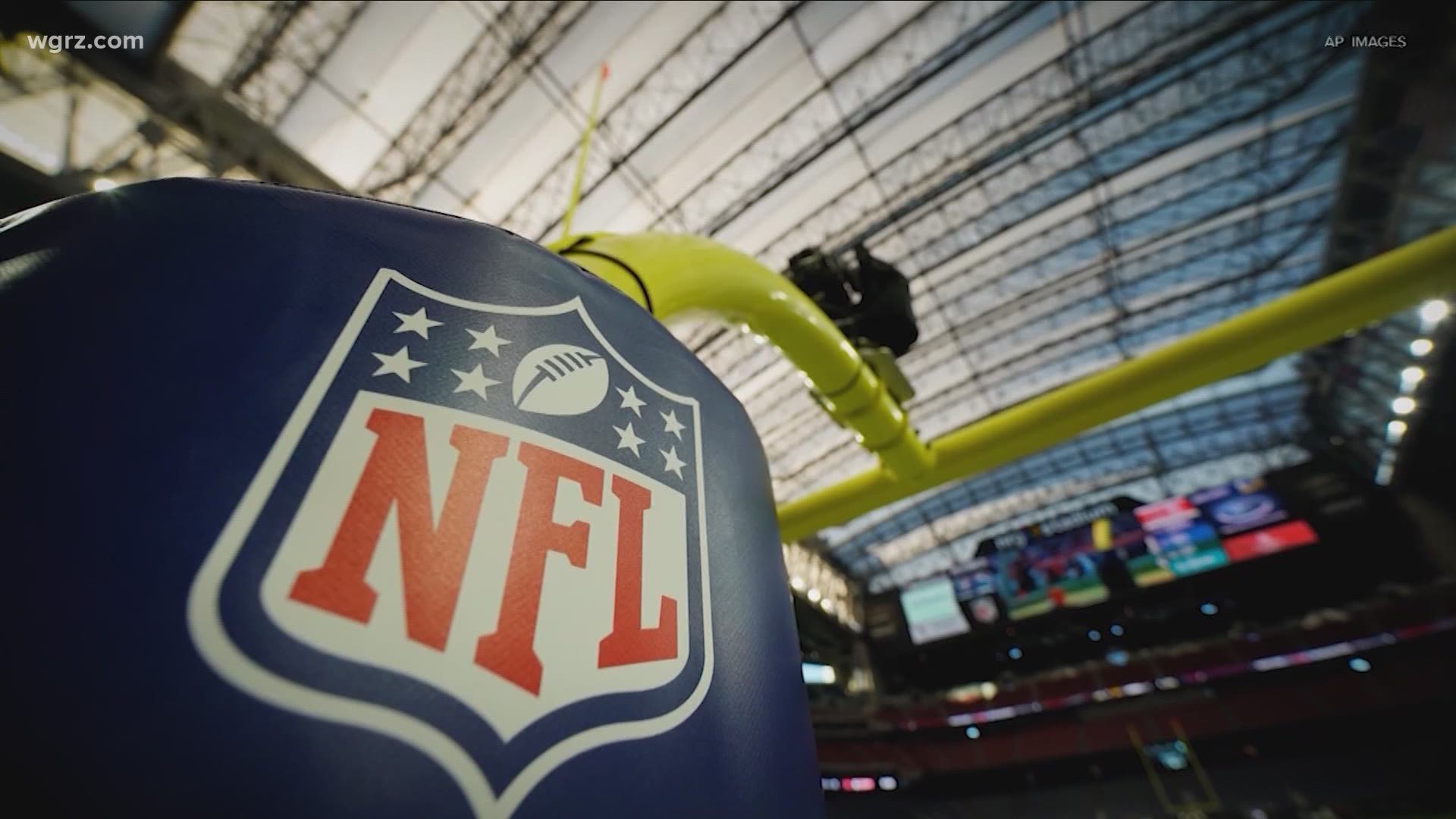 ORCHARD PARK, N.Y. — It looks like the National Football League is exploring the possibility of allowing fans into the Orchard Park stadium this season.

While the email is signed 'Buffalo Bills,' a team spokesperson said they did not send out the survey.

The survey was sent to some Buffalo Bills season ticket holders Monday morning asking them a wide-range of questions, topics which include: communication from the team, the direction the team is heading on the field, and fans' comfort level with watching the game from inside the stadium this season.

The survey touched on the refund policy the team implemented for fans because of the COVID-19 pandemic and then asked the following questions about gameday experience if fans were allowed in the stadium:

Among the possible answers that fans can select include: face coverings being required for fans at all times on game day, physical distancing enforcement, additional signage in-stadium outlining safety protocols, disciplinary action being taken against fans who do not follow safety policies, hand sanitizer being provided by the Bills, and additional staffing to clean the stadium.

Among the possible answers that fans can select include: checking of fans' temperatures before they enter the stadium, limited food and beverage, limited stadium capacity/fewer fans in the stadium, mandatory health questionnaire for fans to pass prior to game attendance, and fans being required to sit together in their own small groups.

Another question asked in the survey is how interesting fans would find Bills events like, in-person watch parties with limited fans, virtual watch parties, and virtual tailgating.

It was announced by New York state back in July that, "no live audience, fans, or spectators are allowed to attend or permitted to enter any professional sports venue, even if an outdoor venue."

2 On Your Side has reached out to Governor Andrew Cuomo's office for any comment regarding the survey sent to fans or an update on whether or not fans will be allowed inside the stadium in any capacity.

Late Tuesday afternoon, the Bills told 2 On Your Side that the team refers anyone with questions to check out their 2020 season ticket member information on their website.

From a medical perspective, Dr. Thomas Russo, the chief of infectious disease at the University at Buffalo, told 2 On Your Side that he believes it could be possible to have fans in the stadium this season at some capacity, contingent on a couple of factors.

"And those would be a low level of community disease, which fortunately we have right now, and a solid plan in place to minimize the risk of infections for those that, if it happens, would be attending the games," Russo said.

He added that one aspect working in favor of the idea is that the games are outdoors, but there are many other points to consider.

Russo explained, "Of course the major concern and a potential risk of doing this is if you have large numbers of people, and the plan is not executed in a safe fashion, then that poses the risk that one could have an outbreak and a large number of cases as a result of a single event and obviously that's something that everyone would like to avoid."

Russo also stressed that the fewer the cases, the better the chances of fans being allowed back.

"Yet another reason that we need to be on best behavior in Western New York, not only for our public health benefit, but to increase the likelihood that maybe people could attend a Bills game," Russo said. 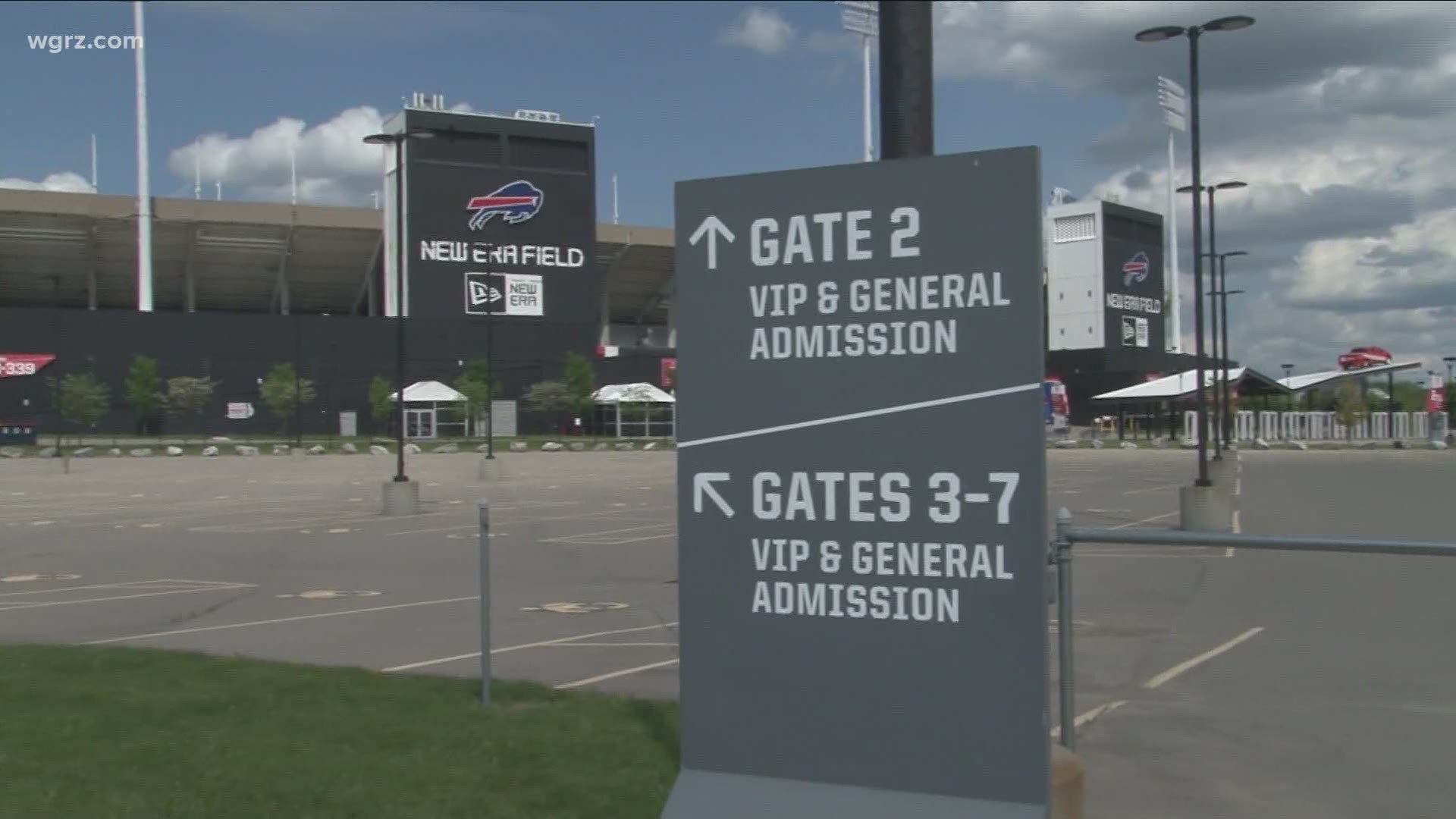