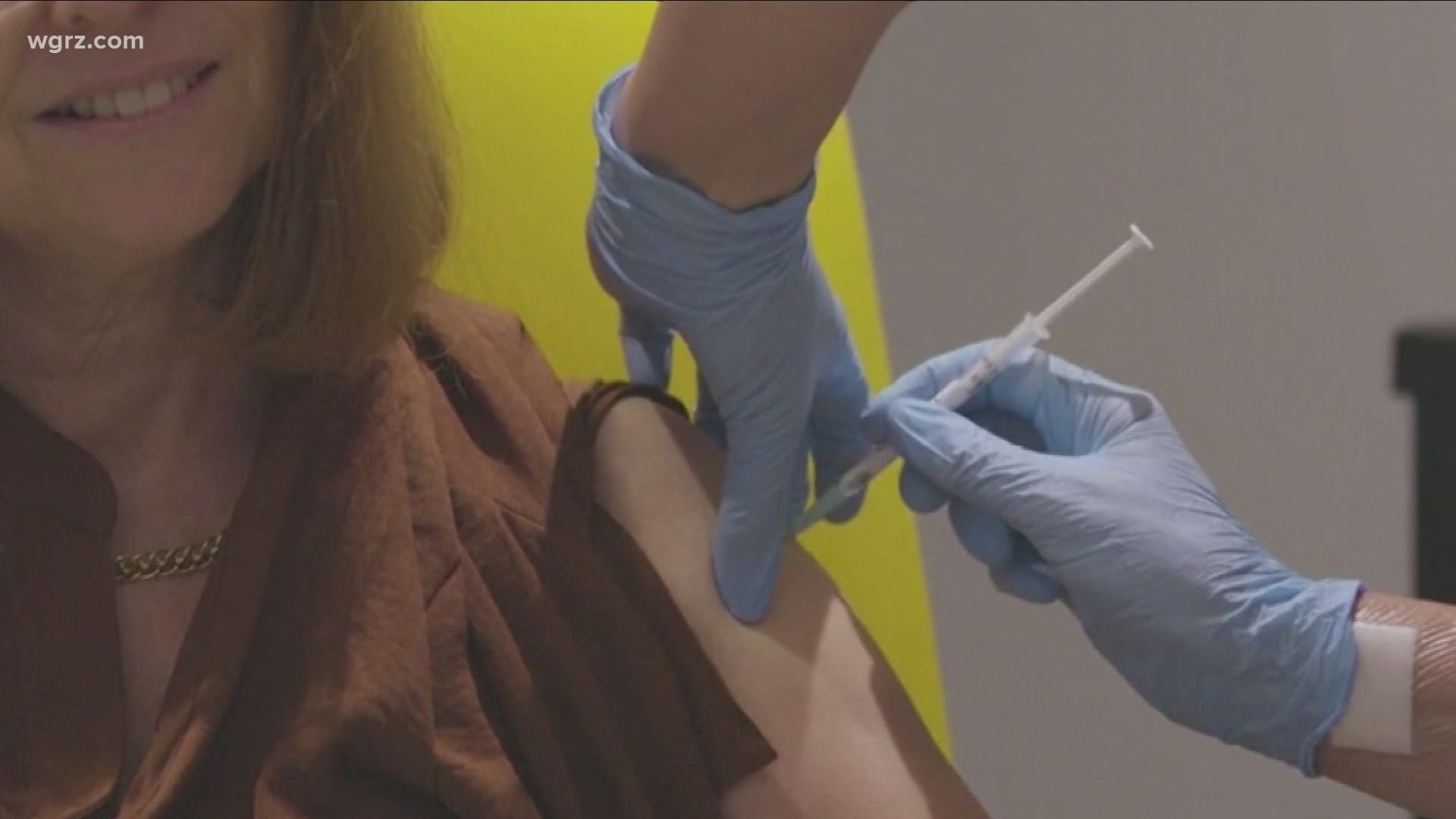 BUFFALO, N.Y. — Amid concern over whether enough people will trust the soon to be distributed coronavirus vaccine, there is a bill in the New York State Legislature which, if passed, would empower state officials to make the vaccine mandatory if not enough people voluntarily take it.

Entitled, "AN ACT to amend the public health law in relation to administering a COVID-19 vaccine" the bill contains language which states, "If public health officials determine that residents of the state are not developing sufficient immunity from COVID-19, the department shall mandate vaccination for all individuals or groups of individuals who, as shown by clinical data, are proven to be safe to receive such vaccine."

It was submitted by New York State Assemblymember Linda B. Rosenthal (D) who represents the 67th Assembly District in Manhattan.

A bill introduced in the NYS Assembly calls for #CovidVaccine to be mandatory for those able to safely receive it, if state public health officials should at some point decide that sufficient immunity among the populace has not been developed. More tonight on @wgrz TV 2 #Buffalo pic.twitter.com/kfihMR1w8F

It's For Our Own Good

"It's a protective health measure," Rosenthal told WGRZ-TV. "It's to ensure that our residents are safe and protected against further spread."

Rosenthal explained that, "the concept of herd immunity is very important, and not everyone will have to get the vaccination if a certain threshold of the population has gotten it."

She indicated that the threshold would have to be 75 percent to 80 percent and told 2 On Your Side she believes there will be enough people willing to take the vaccine in order to reach that threshold.

"However, there is the possibility that we don't and in that event to protect the public health, the department of health of the state can then say that we need people to get the vaccination," Rosenthal said.

When asked about concerns from those who believe the state should not be mandating individuals to get a vaccine, Rosenthal replied, "This is a matter that will be decided based on science and best practices and not on people's blow back. That's why the power resides with the state department of health."

Rosenthal also responded to questions raised about whether such a mandate would violate individual liberties by saying, "The state is not frivolously doing this. The state has a task force to review the vaccines. It's only at the point where there's a lack of herd immunity which protects every single resident of New York State that the department of health would step in."

Rosenthal also noted that a provision of the bill also ensures that anyone whose doctor determines that they cannot take the vaccine, would not be forced to.

An Affront to Liberty and Individual Choice

"This a very dangerous bill," said New York State Assemblyman David DiPietro (R-I-C East Aurora) who told WGRZ-TV that his phone was "blowing up" with calls from constituents strongly opposed to making the vaccine mandatory in any manner.

"Taking the vaccine should be your choice. That's your right and that's your privilege as an American citizen to not be forced to take a vaccination," DiPietro said.

He added, "I find it ironic that so many of these people who are pro choice and say, 'my body my choice'... but when it comes a vaccine now it's my body. But its not my choice. The hypocrisy just drips off the wall with some of these people."

Will This Measure be Passed?

Reached by phone, Assembly Majority Leader Crystal Peoples-Stokes (D-Buffalo) said that while she hadn't read the entire contents of Rosenthal's bill, at first blush, she would not be inclined to support it.

When asked if Governor Andrew Cuomo would sign such a measure should it land on his desk, a spokesman for the governor pointed us back to Cuomo's comments of last week when he stated that you cannot make someone take a vaccine.

While it may be true you can't force someone to take a shot, it's just as true that the state could mandate that an individual be vaccinated as a "condition" of other things, such as enrolling your child in school, which New York has done for years.

As well, courts have upheld the ability of states to make certain aspects of life conditional upon receiving a vaccine.

This included when the state stripped certain groups of their ability to opt out of vaccines needed to enroll their children in classes based on religious grounds, as it attempted to stamp out a measles outbreak just last year.

Nonetheless, DiPietro is working on submitting his own bill to prohibit mandating the COVID-19 vaccine.

"It would make it strictly a matter of choice," he said. "In other words, take the vaccine if you want, but it's your choice. And if you don't, you can't lose any of your civil liberties... they wouldn't be able to keep your kids out of school, or keep you from flying or traveling, or keep you from your job." 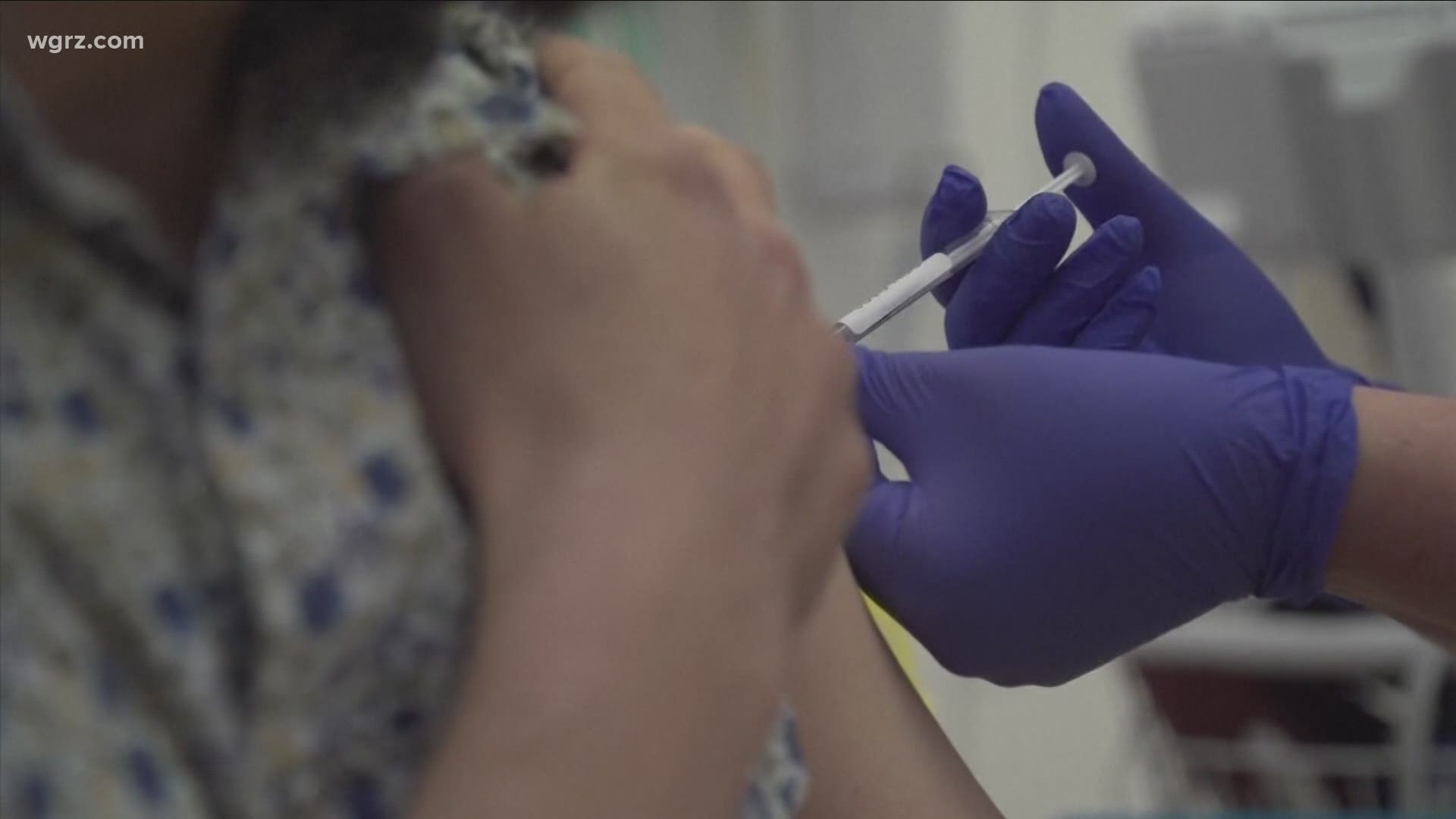 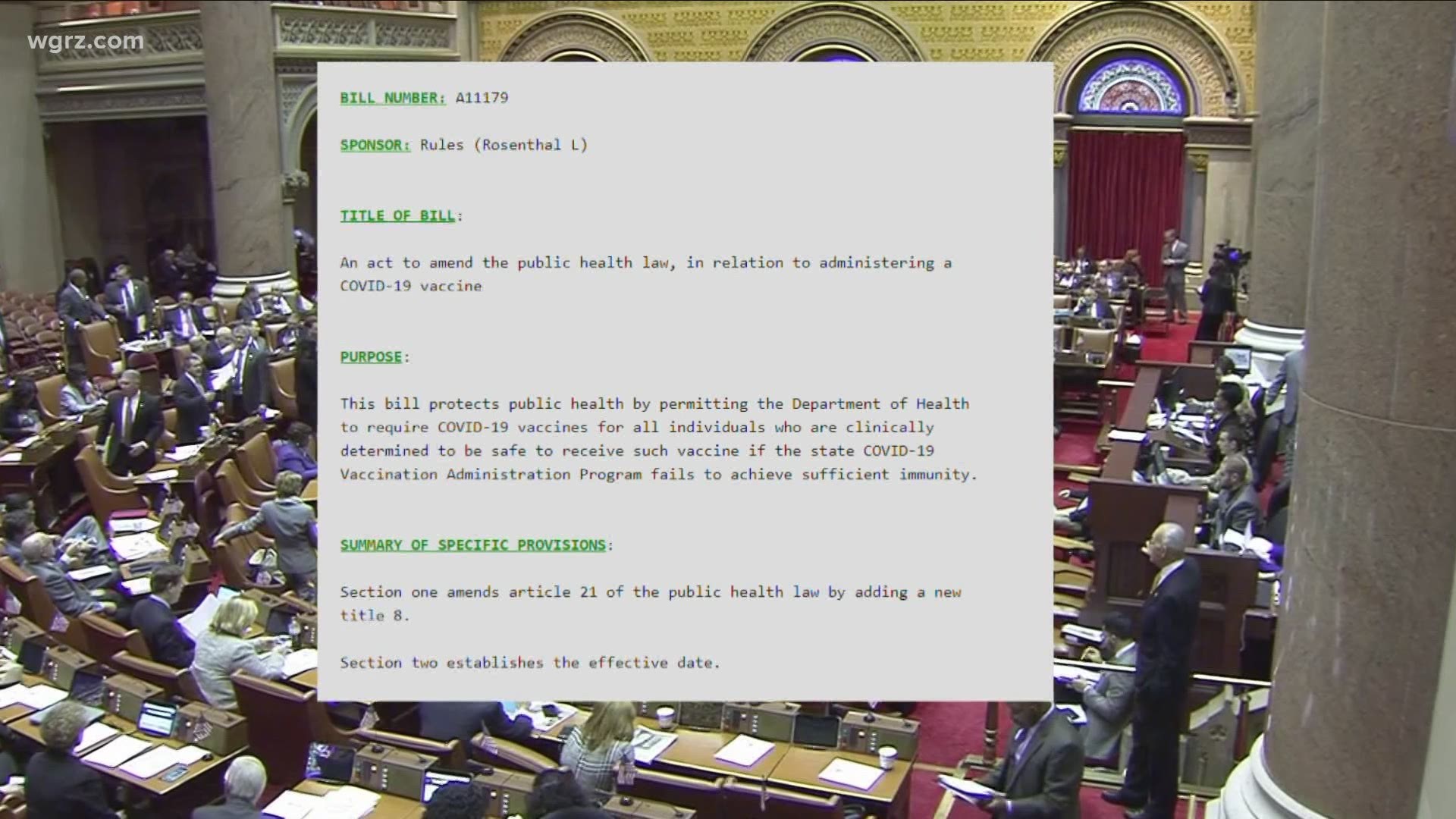