President Biden says he wants most K-8 students to be able to return to the classroom within 100 days. 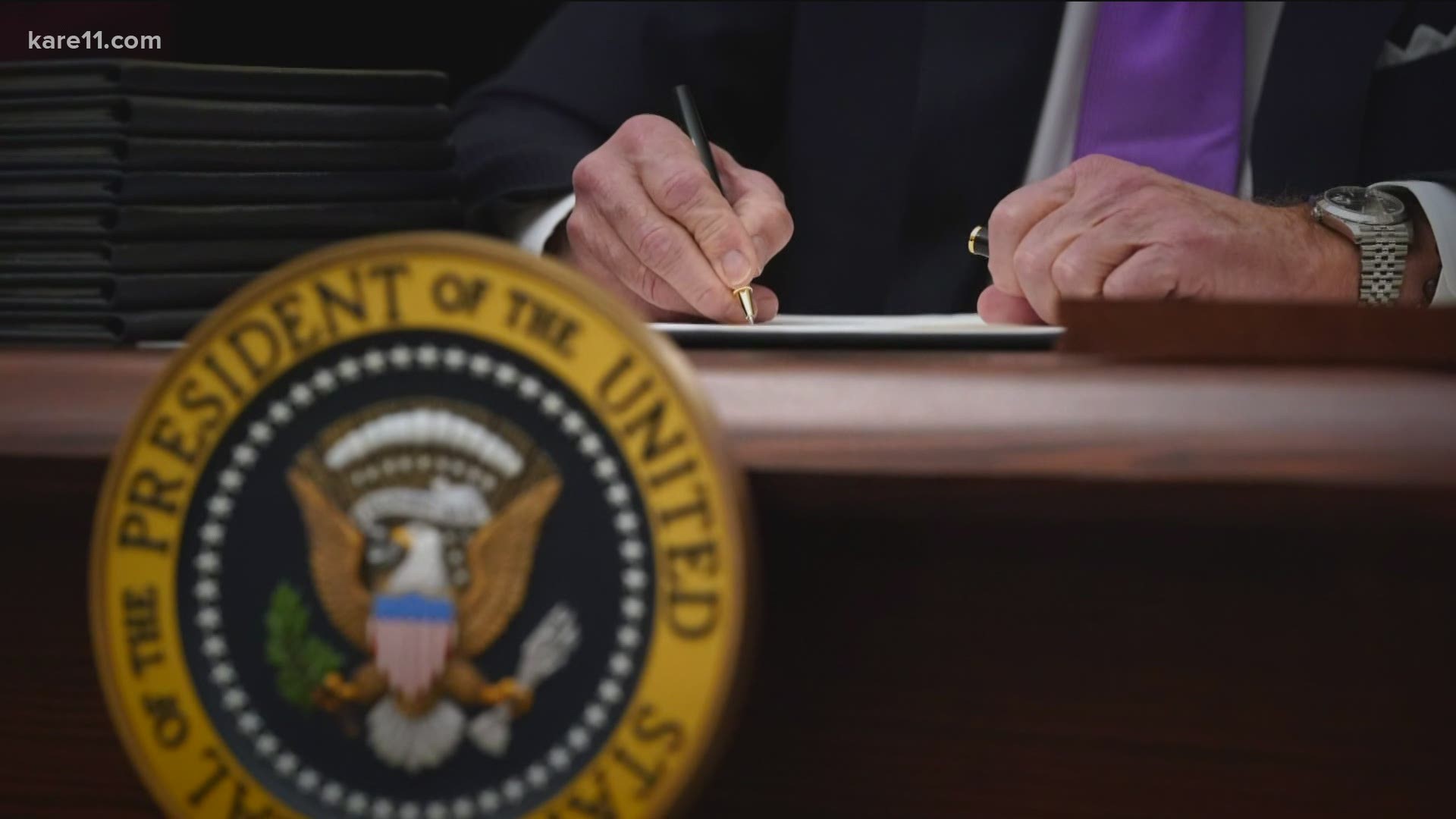 WHITE BEAR LAKE, Minn — In a few weeks, fourth grade teacher Beth Clymer will welcome students back into the classroom at Lakeaires Elementary. After starting the year with a hybrid model, her school shifted to full distance after Thanksgiving, before slowly phasing in younger grades to in-person learning here in January.

“I’m excited about it,” Clymer said. “The goal is right now to get us back with a full classroom. It will be a little more crowded.”

At the same time, however, Clymer knows there will be significant challenges with 19 kids in her class. To return safely, she said, Clymer would like to see lawmakers continue to invest in PPE, limit class sizes to allow for more distancing, bolster school nursing staffs, and improve testing. And, of course, there’s the matter of vaccines.

“I think in White Bear, we were only given 20 vaccines as of now, for 500 some teachers,” Clymer said. “Doesn’t seem very adequate to me.”

President Joe Biden has pledged to ramp up vaccine distribution, with a goal of 100 million doses in 100 days – which will impact schools, no doubt. But he also signed two executive actions on Thursday, his first full day in office, which are directed specifically to the educational sector.

One order directs his cabinet to offer guidance on school openings; another would make FEMA funding available for PPE and cleaning in schools.

Biden says he wants most K-8 students to have the chance to return to the classroom within 100 days.

“I think it’s a pretty ambitious goal,” Clymer said. “When I look at the school calendar, 100 days from now is going to be the end of May, so we’ll be out for summer a few short weeks after that. But, I think to have it happen safely, there’s a few short-term things [that need to get done].”

According to Minnesota Department of Health data, 30 percent of districts across the state are in full distance learning right now. That will change in the coming weeks, as districts like Minneapolis and Saint Paul bring younger kids back into the classroom. Those districts have slated a phased-in return for February. (White Bear Lake, meanwhile, brought K-2 back to the classroom this week and will then add 3-5 in two weeks.)

With students returning to in-person school and activities, the state health department now recommends that young people, specifically ages 12 to 25, get tested before coming back. Teachers also have the continued opportunity for testing every other week.

It’s a difficult time for educators, regardless of the district, but they’re going to keep showing up for their kids.

“It’s not just my classroom or my school, or even the White Bear district,” Clymer said. “It’s like people say: We’re all in this together.”