'It was a fiasco in terms of getting rural folks the shot in the arm,' Assemblyman Steve Hawley said Friday. 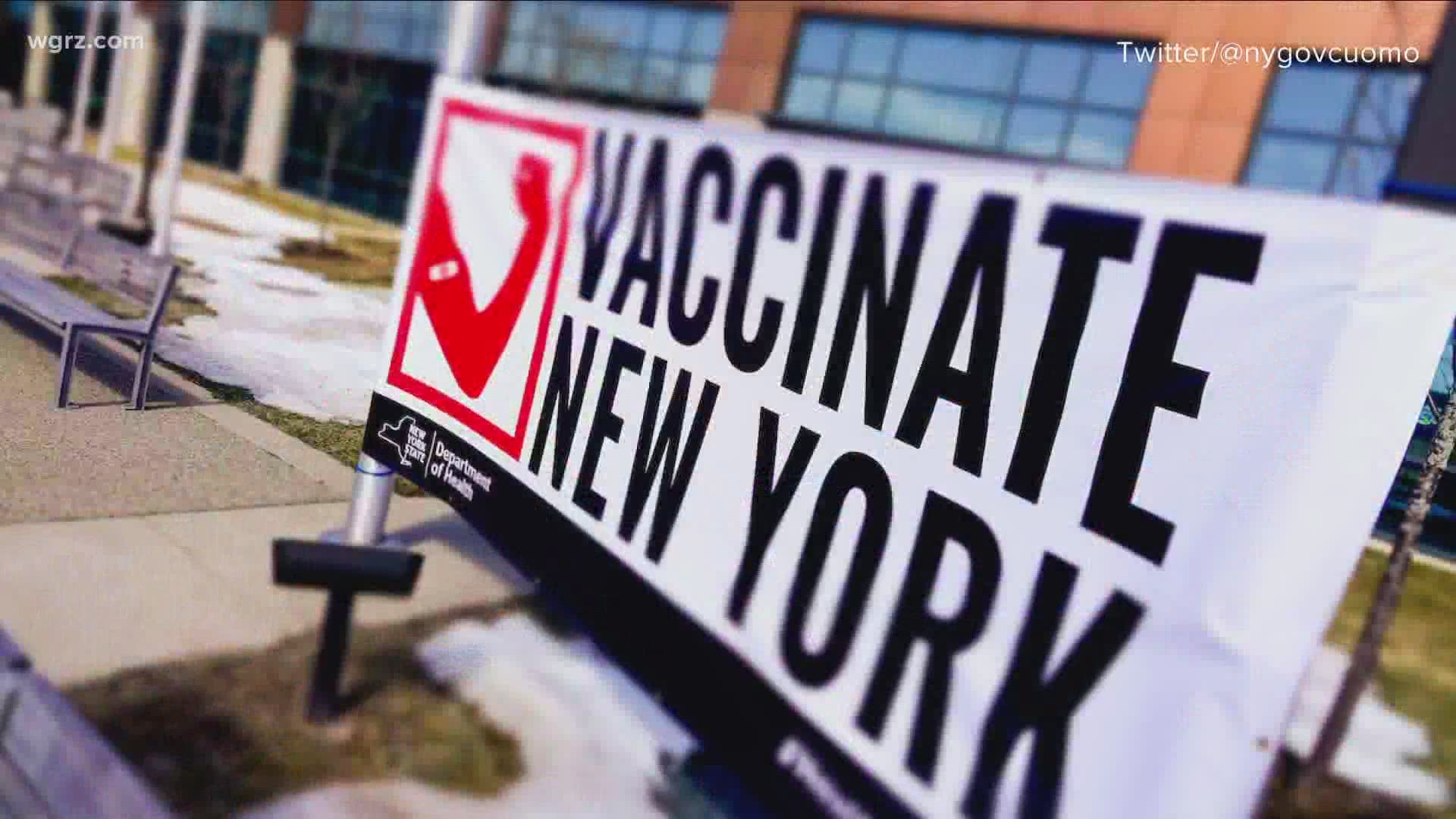 The site located at Genesee Community College opened Friday with plans to inoculate 3,500 people with the new Johnson & Johnson vaccine over the next five days.

Located between Orleans County and Wyoming County, local leaders had hoped the site would help address the low vaccination rates in their more rural counties.

But the new numbers don't suggest that.

"It was a fiasco in terms of getting rural folks the shot in the arm," Assemblyman Steve Hawley said Friday.

Data from the Orleans Genesee Health Department showed the majority of people who got appointments at the site in Batavia don't live locally; 47.6% were from Erie County, 17% from Genesee, and Orleans and Wyoming were both below 5%.

"The assumption was that if we were asked for something like that, it would be for the three of our counties," added Hawley.

While that assumption, Hawley says, may have been caused by miscommunication with the state, it was one shared by several colleagues.

In fact, the Orleans Genesee Health Director sent this letter to the Governor's Office on February 18, listing their desires for a rural-focused vaccination site, limited to local residents.

“For those in the Genesee, Orleans, and Wyoming (GOW) region who were able to register for this weekend’s state-run temporary mass clinic, we understand how challenging it was. For those who live in our GOW region and were shut out of this clinic, we will continue to advocate for vaccines for our residents," Orleans Genesee Health Director Paul Pettit said in a statement Friday.

Hawley said his district's poor broadband access also limited the ability to sign up because before people could call the state hotline and sign up, slots had filled up.

2 On Your Side was first to report last Friday that NYS would host a vaccination clinic at @sunygcc.

Today the state made their official announcement at 9AM and... well... the 3,500 appointments are ALREADY filled per the state vaccine website. @WGRZ https://t.co/PSs8vjeXaA

"If you don't have broadband, or if you have it but it's not reliable, or you're not comfortable on computers, or you're a person that can't afford a computer ... those are the most vulnerable," Hawley said.

As 2 On Your Side has reported while the New York State Broadband office states that 98% of the state is connected, data from Microsoft suggests the majority of people in Genesee, Orleans, and Wyoming counties are not.

Reviewing how sites like Batavia function is up to the state health department which has stated, as federal supply increases, these types of short-term vaccination sites may be adapted.

Hawley just hopes it happens sooner rather than later.