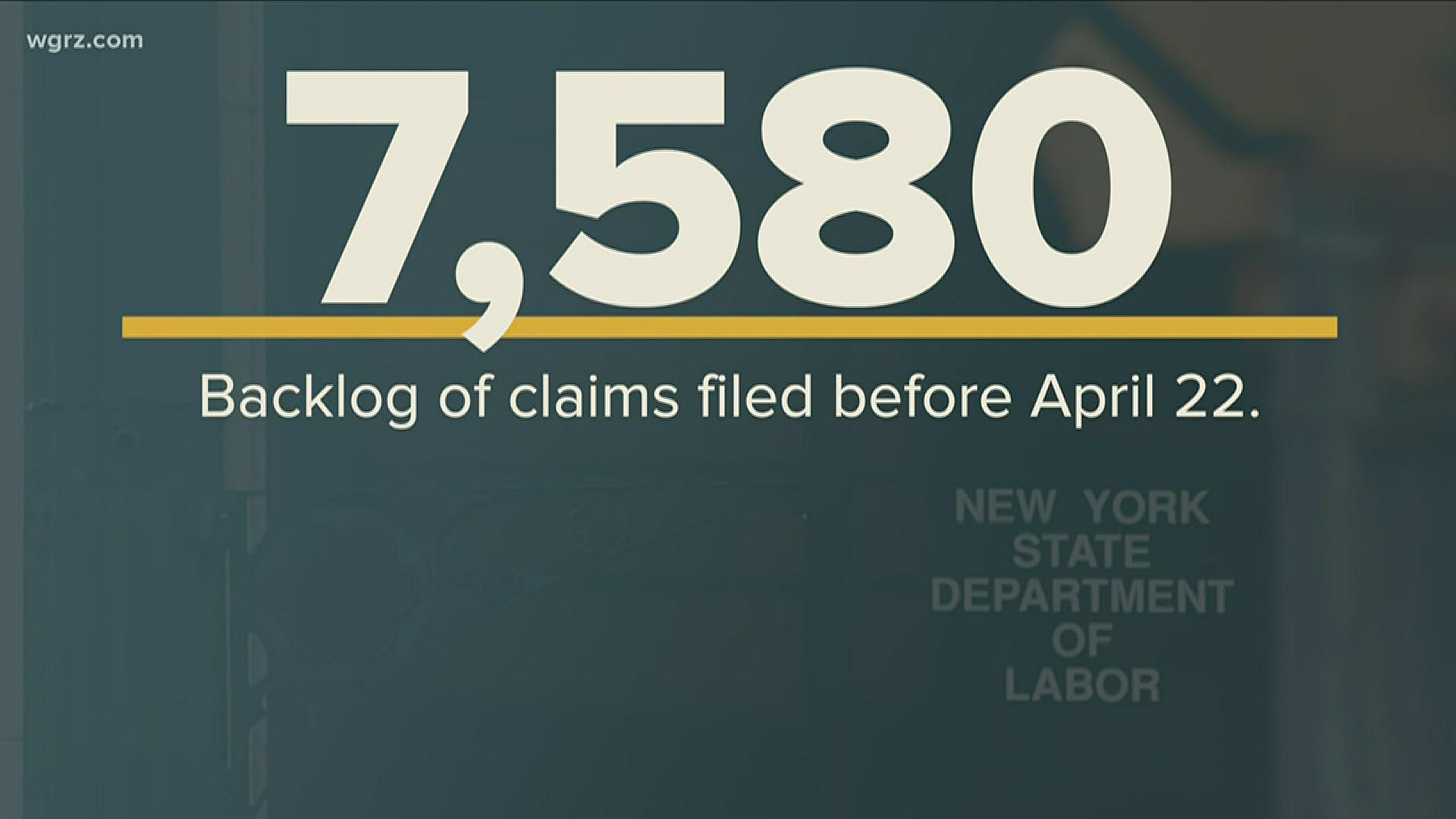 That's the number of initial unemployment claims that were filed in New York State for the week ending May 16, 2020.

For some people, it's been more 10 weeks since they stopped going to work due to the COVID-19 pandemic, and thousands of people still haven't received any unemployment benefits.

"My last day was March 13," Ray Trzaska Jr. told 2 On Your Side via FaceTime.

Trzaska Jr. is a food worker at the University at Buffalo. He filed for unemployment the week after he stopped working due to the campus shutdown. Even though he's been certifying his pending unemployment claim every week, he hasn’t been able to get a hold of anyone at the Department of Labor to look into his unemployment benefits.

"No matter how many times you call, try different numbers that don't work," Trzaska Jr. said. "I got a letter in the mail, sent it back, and that got me nowhere."

The outflow of communication and the ease of which those with questions can get a hold of someone at the Department of Labor is a concern for New York State Assemblymember Monica Wallace.

"One of the biggest challenges is there's a lack of communication, where people aren't sure why their claim is still pending," Wallace said. "They're confused about whether they should continue to circle back with the commissioner or will they just get the money."

For weeks 2 On Your Side had profiled the accounts of those trying to reach the Department of Labor with questions about particular issues with their unemployment benefits.

The DOL has repeatedly emphasized they have more than 3,000 workers trying to address the over 2 million claims that have been filed since March 15.

"It's hard because there's one number for everyone to kind of use," she said. "I think if they could break down that into different sections, depending on what your issue is."

Wallace went on to suggest different phone numbers or options for the varying degrees of problems people are encountering: debit card issues, pin number issues, certification issues, and so on.

Before the pandemic, the unemployment system was already antiquated and the crash from the volume of people trying to file during the pandemic was inevitable according to IT professionals 2 On Your Side spoke to off-camera.

But the political willpower to update the system after the last major economic event, the 2008 recession, was lacking.

Secretary to the Governor Melissa DeRosa spoke about the state's inability to update the system on May 8.

“There's all of these different things when you go through government where you say, why did you do this? Why you do this?" she said during a news conference. "Had spent $20 million to upgrade the tech system, it wasn't necessary or there wasn't a crisis, at the moment, I'm sure we would have been getting phone calls from publications saying, why are you wasting $20 million of taxpayer money on a tech system?"

Now, during the biggest global pandemic in more than 100 years, the state is trying to fix the system on the fly.

"We're literally building the plane while we're trying to fly it," DeRosa said.

Lawmakers are concerned that unless the federal government bails out the state, the system won't be fixed for the foreseeable future.

Prior to the pandemic the state was already facing a multi-billion dollar budget shortfall. Now with the state closed for business and expenditures to combat the pandemic mounting, the state will need to fill a budget gap in the tens of billions. 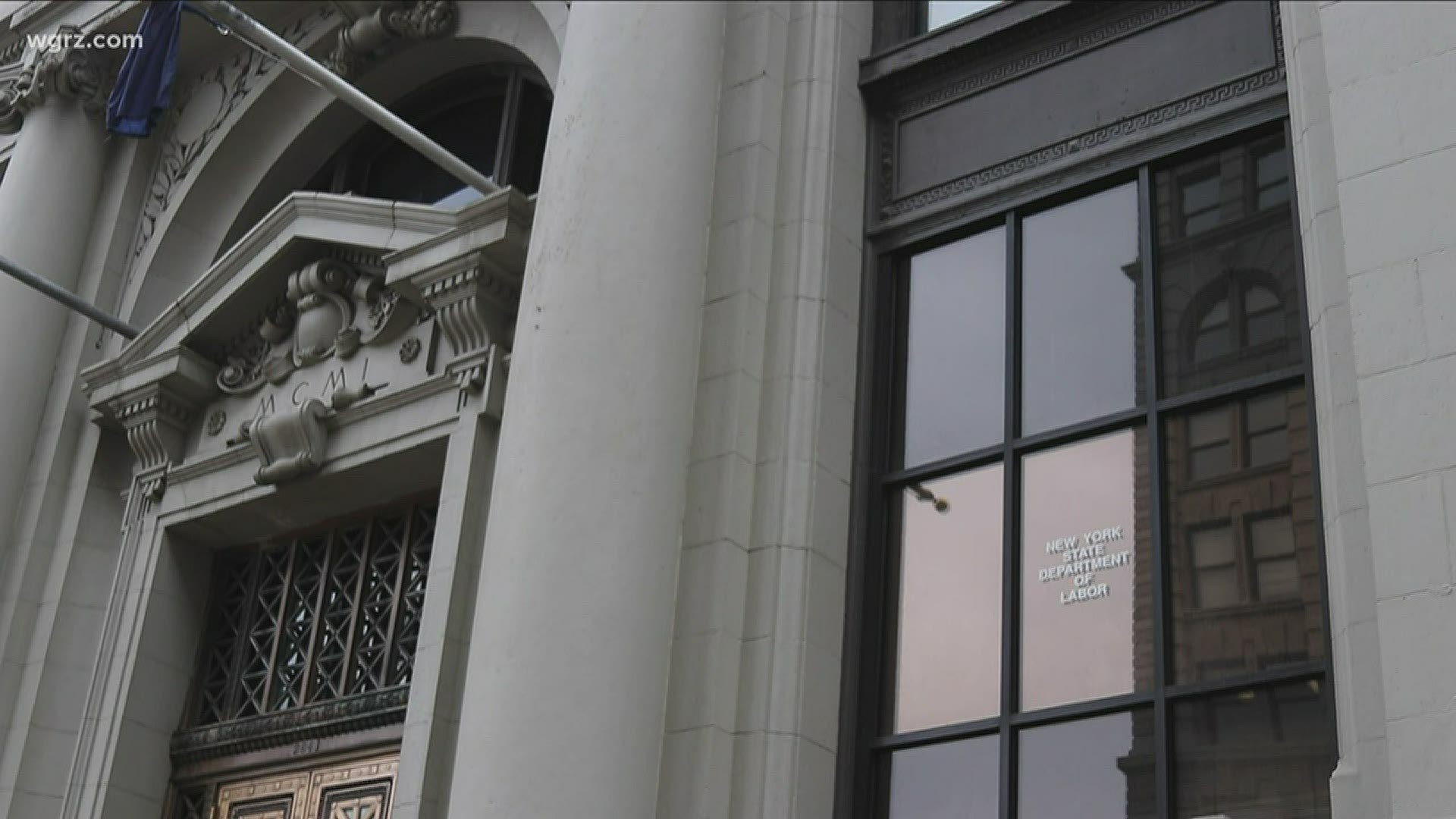 RELATED: Waiting for unemployment back pay? We got answers from the New York State Department of Labor