Cuomo: COVID vaccine distributors should not schedule more than their allocation

The Erie County Department of Health was previously directed by the state to schedule the appointments out in advance. 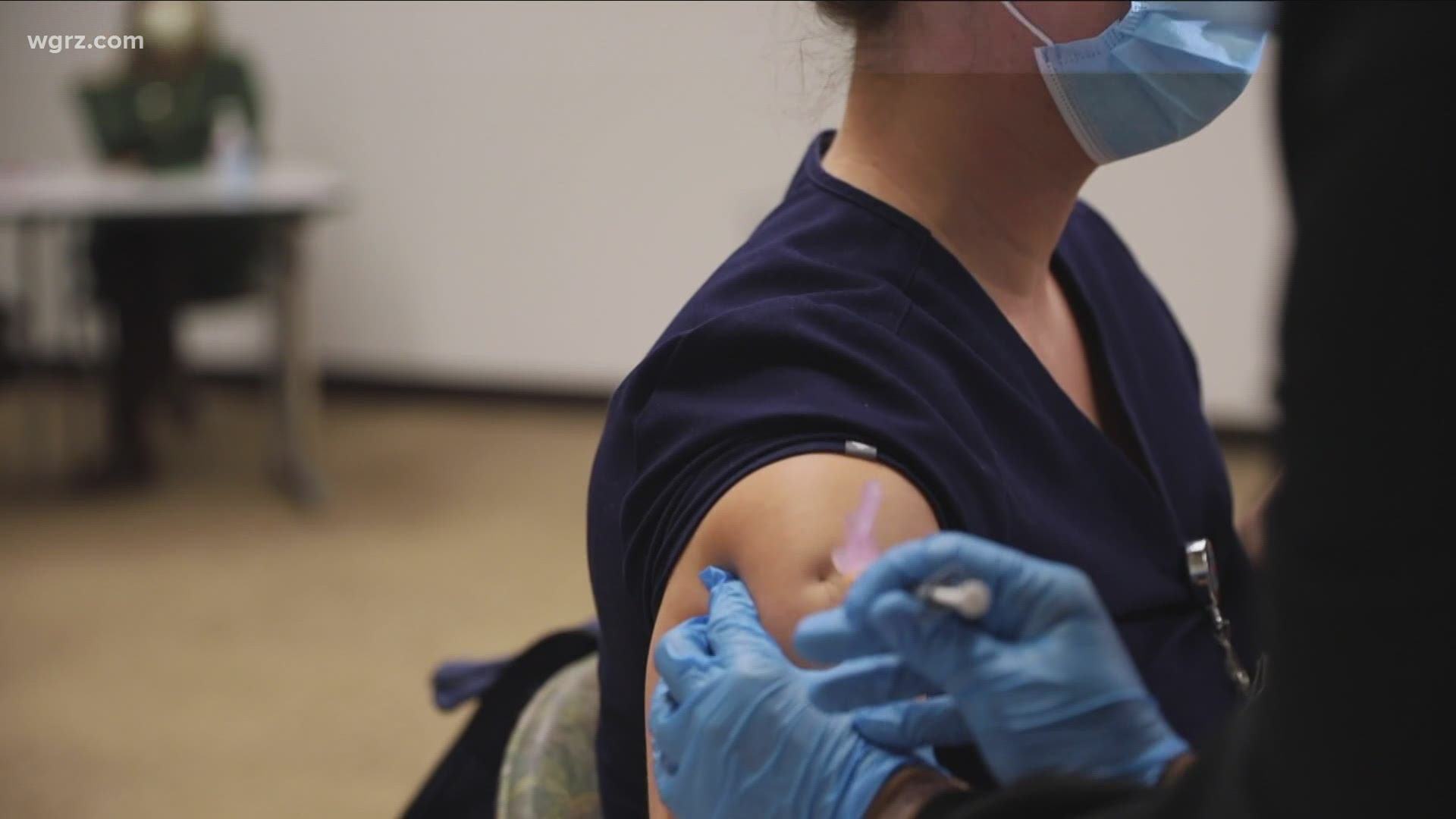 ERIE COUNTY, N.Y. — State leaders have stressed that the vaccine is "the weapon that's going to win the war" in the fight again COVID-19.

However, the allocation and distribution have been off to a bumpy start.

In Erie County, again, there are more cancellations.

On Twitter, County Executive Mark Poloncarz said the Erie County Department of Health is canceling all of its appointments for Saturday, January 23, then from Monday to Wednesday next week, from January 25-27, due to a lack of vaccine supply.

He said appointments for Thursday and Friday are still on since the county has enough doses on hand to complete those days.

Previously, Poloncarz said the state directed them to schedule appointments even without the doses ready to go.

Poloncarz said in a COVID-19 briefing on January 12, "And my response to them was, OK, we can do that, but you are on the gun to deliver the vaccine to us because if we do not get the vaccine, we are going to have to call those people and cancel it."

Since then, it appears the governor has changed his tune.

Lt. Governor Kathy Hochul insisted to reporters on Tuesday it's not a systems problem but a supply problem, coming down from the federal government.

"The second the tide turns and there are more vaccines, there will not be delays. We'll get to a point where everyone can be served," Hochul said.

A spokesperson with the Erie County Department of Health said in an email, "Going forward, we plan to only schedule appointments at ECDOH PODs based on vaccine that we have on hand or confirmed as shipped to us."

Niagara County is also having issues with vaccine supply.