Amherst man, short of breath after visit to China, unable to get COVID-19 test 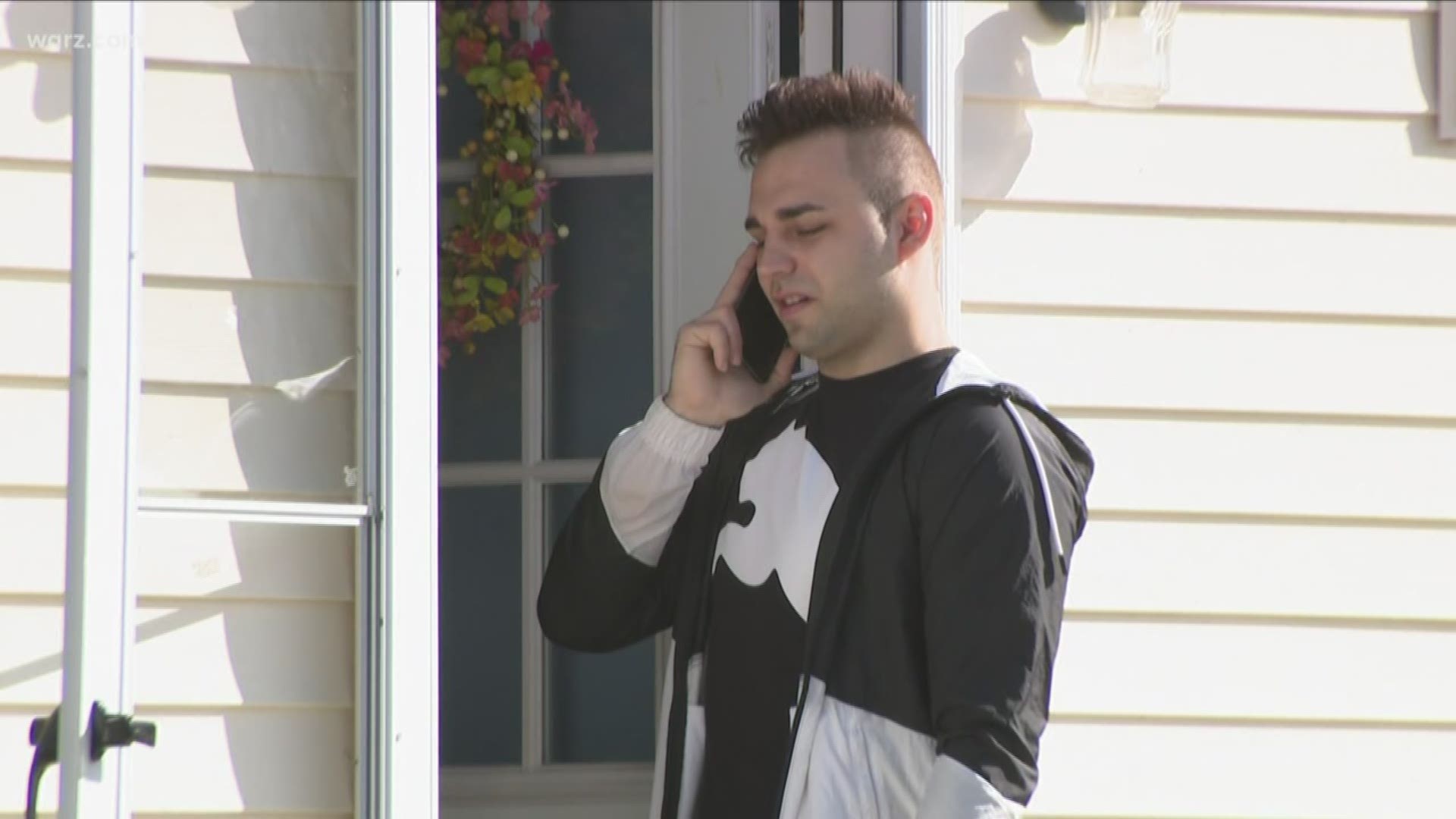 AMHERST, N.Y. — “I thought I was going to die when I was in China,” said Tyler Miller, 27, as he stood in the doorway of his Amherst home.

Miller’s trip to Yunnan province in southern China was in September, long before coronavirus and COVID-19 became part of the world’s everyday lexicon. The purpose of the visit was martial arts training. Miller aspires to become a UFC fighter.

But three days after his arrival, Miller began feeling sick. Because of the mountainous terrain, it was presumed he had altitude sickness.

“I started feeling dizzy and just a lot of pressure on my chest and I felt like I could only take half-breaths," he said. "At night, I’d wake up and all my blankets and sheets would be soaked in sweat. I’d have to blow through a couple of those portable oxygen tanks they give you in the mountains."

After suffering through the symptoms for a few days, Miller headed for sea level territory in China. His condition did not improve. He says he made four hospital visits in China. Blood was drawn. A chest x-ray was taken. He even shared a picture of him about to undergo an MRI examination. Doctors there could not pinpoint the cause of his breathing difficulty.

Miller returned to Western New York two weeks later in mid-September. He immediate sought a diagnosis. And while he was in great shape before his trip, Miller’s shortness of breath has persisted for months.

“Eight months ago, I was able to run five, six miles in an hour. Now, I’m lucky to run a mile in an hour,” Miller said.

And doctors here could do no better in reaching a diagnosis. More tests. More blood draws. No answers. Miller suspects he is COVID-19 positive, but has not been able to get testing despite his trip to China which was before reporting there of the coronavirus outbreak.

He says he spoke to the Erie County Health Department in January. Miller has also unsuccessfully asked doctors for a coronavirus test.

“When they do every single test that you can possibly do to the human body, even test your oxygen level from the artery in your hip which is super brutal and they still can’t find anything. That kinda tells me that it’s something unknown,” Miller said.

Testing in Erie County has lagged behind other upstate counties. Supplies and machinery have been tough to find because of global demand for testing capability.

Miller knows a positive test result may not ease his breathing problem. There is no known treatment course for the coronavirus. At best, doctors have been trying to alleviate symptoms and ease suffering of more critical patients.

Still, Miller would like to know why he’s been short of breath for months and a COVID-19 test would at least provide one answer.

“It would at least set my mind straight and then I could explore some other options to try and treat this,” says Miller.