A clearer picture on decisions for reopening of New York schools

Districts now have a timetable for coming up with plans satisfactory to the state. 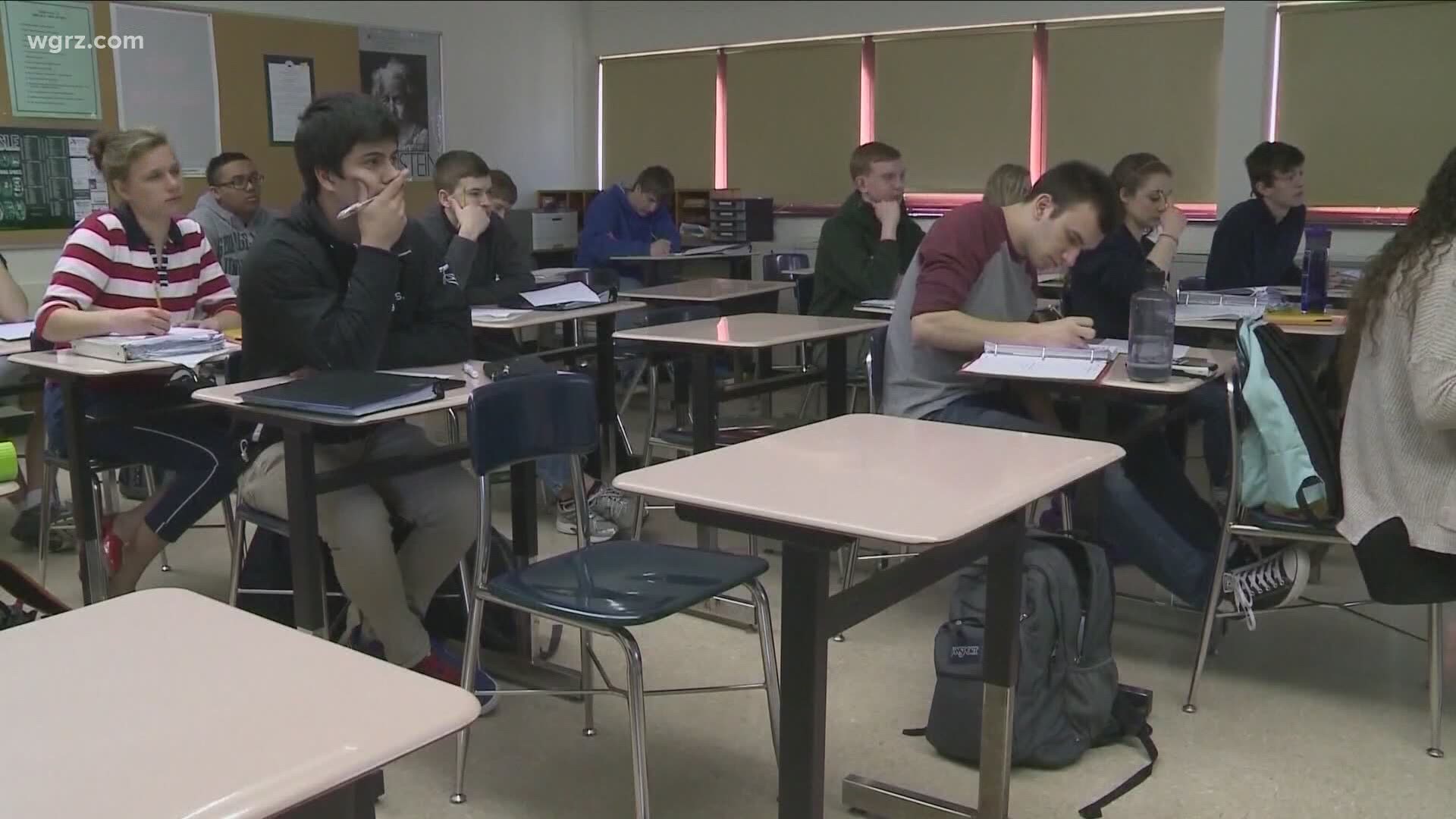 BUFFALO, N.Y. — The picture became a bit clearer Wednesday, at least in terms of deadlines, for when schools will have to come up with plans to re-open this fall.

What those plans will look like, however, remain up in the air.

New York Gov. Andrew Cuomo repeated what he had said earlier; that the state will have guidelines as to what schools need to do by July 13.

In addition, however, he announced that school districts will then have a bit more than two weeks to meet an end of July deadline to establish a plan based on those forthcoming guidelines, and that the state will announce by August 7 if and how schools can re-open.

The Governor also indicated that it's possible that schools in some regions of the state could re-open in September, while others might not … based on whatever the COVID-19 data shows at the time.

In that regard the re-opening of the schools may somewhat mirror the regional approach taken in reopening sectors of the economy.

"There's nothing different between a business opening up versus a school opening up in terms of just those basic elements we know will protect public health," said Lt Gov. Kathy Hochul, who Cuomo appointed to lead the reopening council for the western region of the state. "So, we're not asking them to come up with a complicated unexpected dynamic." 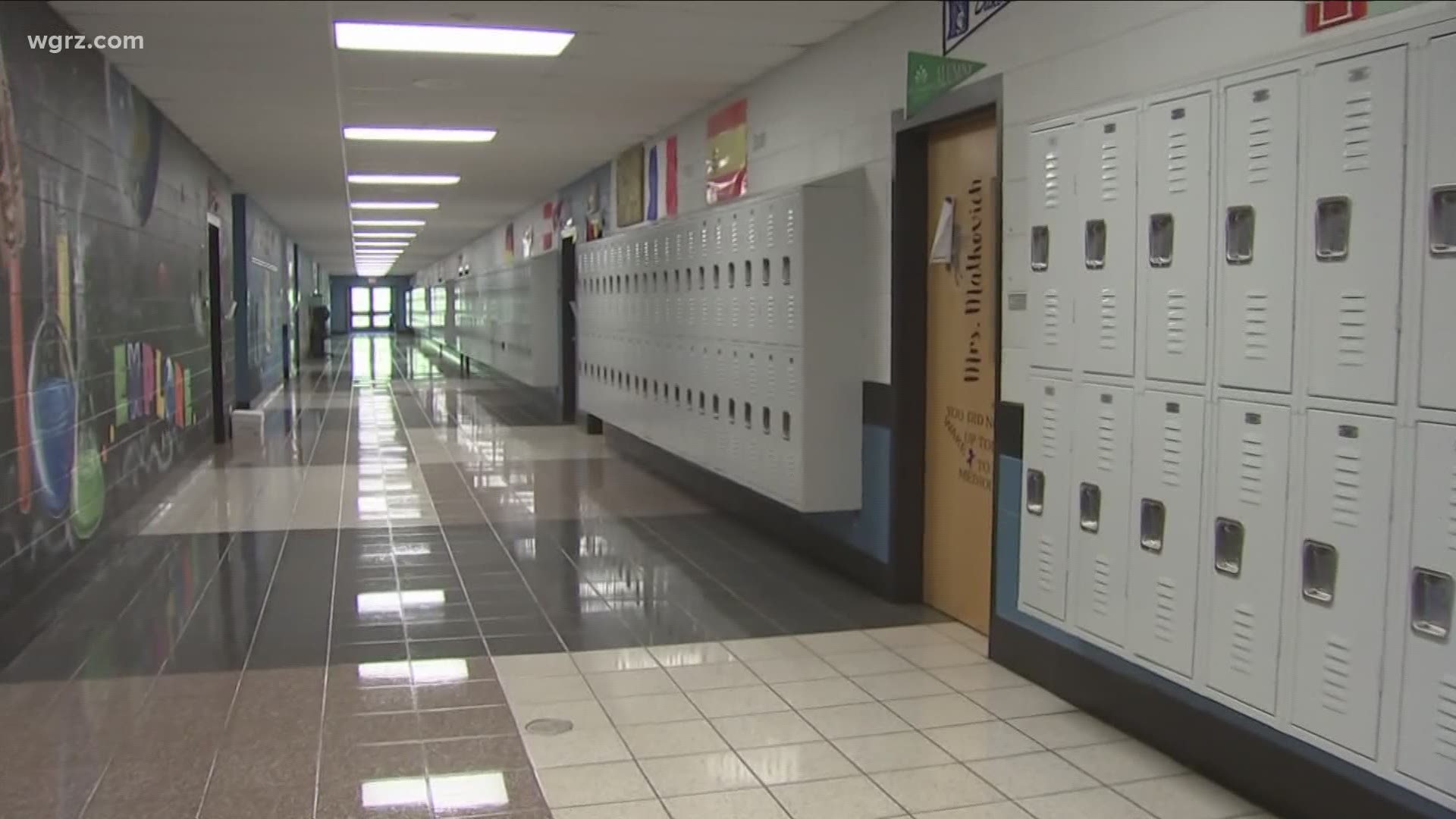 Schools, however, do indeed represent a complicated dynamic.

Challenges, especially based on grade levels, include maintaining masking if required , and social distancing, not only in the classroom but on the buses bring children to them.

At this point, however, Hochul insists there's no way to say exactly what the school experience will be.

It could be a a wider re-opening, or a reversion to distant learning as seen ion the spring during the onset of what was a world wide pandemic. It could also be a combination of both under a hybrid plan.

A big challenge as well, is for parents, …more of whom have returned to work, but who would have child care issues to straighten out if their children are to be going to school on certain days but not others, which is also a possibility.

"You've raised ally the complications that we're feeling," Hochul told WGRZ-TV. "But I can assure you we will get it right in New York State." 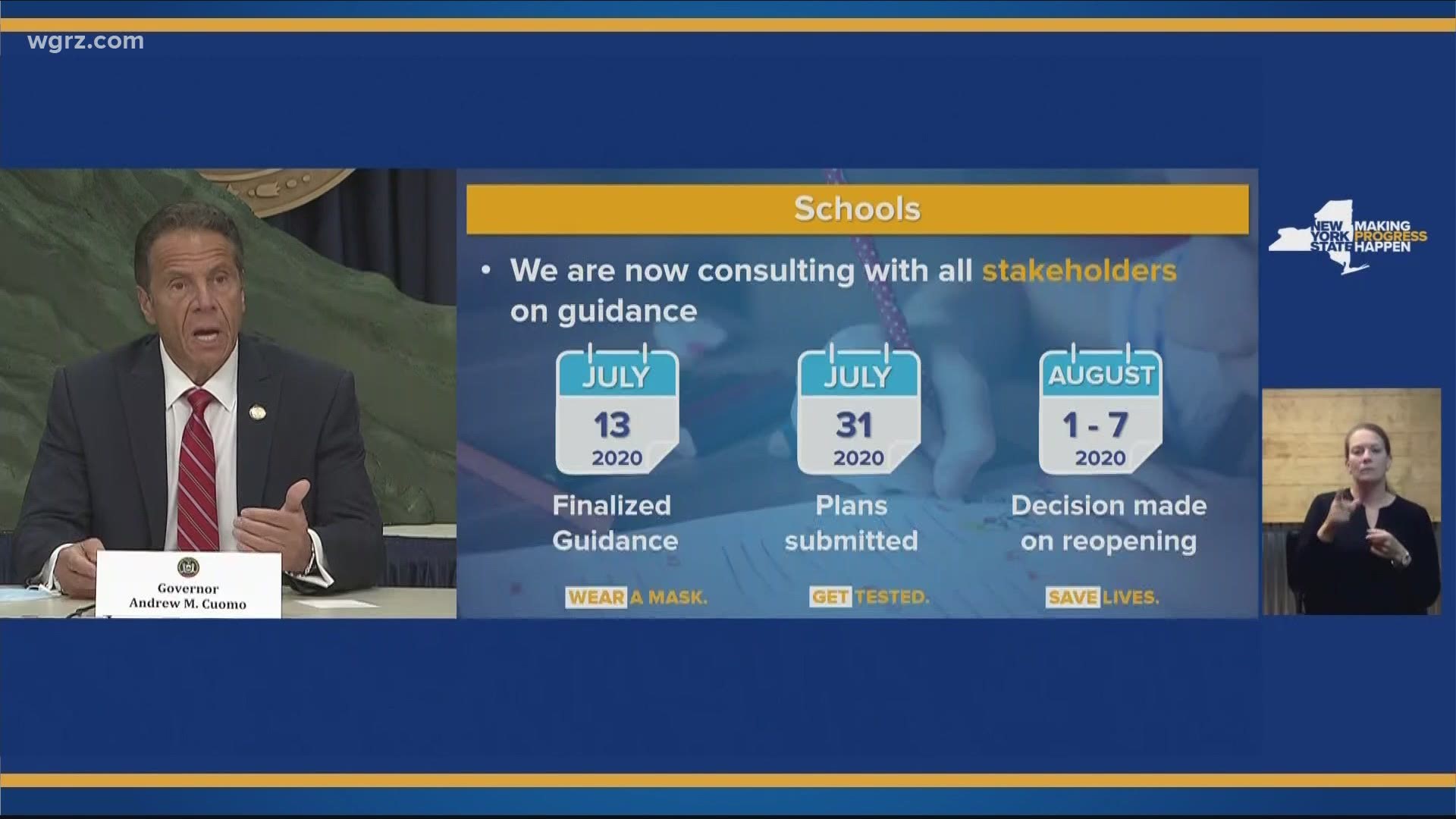 Unlike businesses who were consistently left guessing or flying blind in terms of guidance from the state when it came time for various phases of re-opening, it could be said at least the schools will have guidelines ...and a chance to make plans to meet them.

"They have the deadlines, they know the guidance is coming,and they know they have to the end of July to work on it," Hochul said of schools.

Cuomo and Hochul maintain that decisions will continue to be based on data.

If they hold true to that claim, then it would appear that the chance for the re-opening of schools in at least some form appears brighter.

The most recent data shows that statewide, close to 99% of tests being administered for COVID-19 are coming back with negative results, while hospitalizations are at their lowest point since mid  March, and the daily number of deaths in the state attributed to the virus now hovers near single digits.

"If we stay where we are we are in a very good place to open school with restrictions and some changes," Hochul said.