Minnesota, New Mexico, Ohio and Wisconsin have been added to the list of states to fall under the quarantine advisory. Delaware was removed. 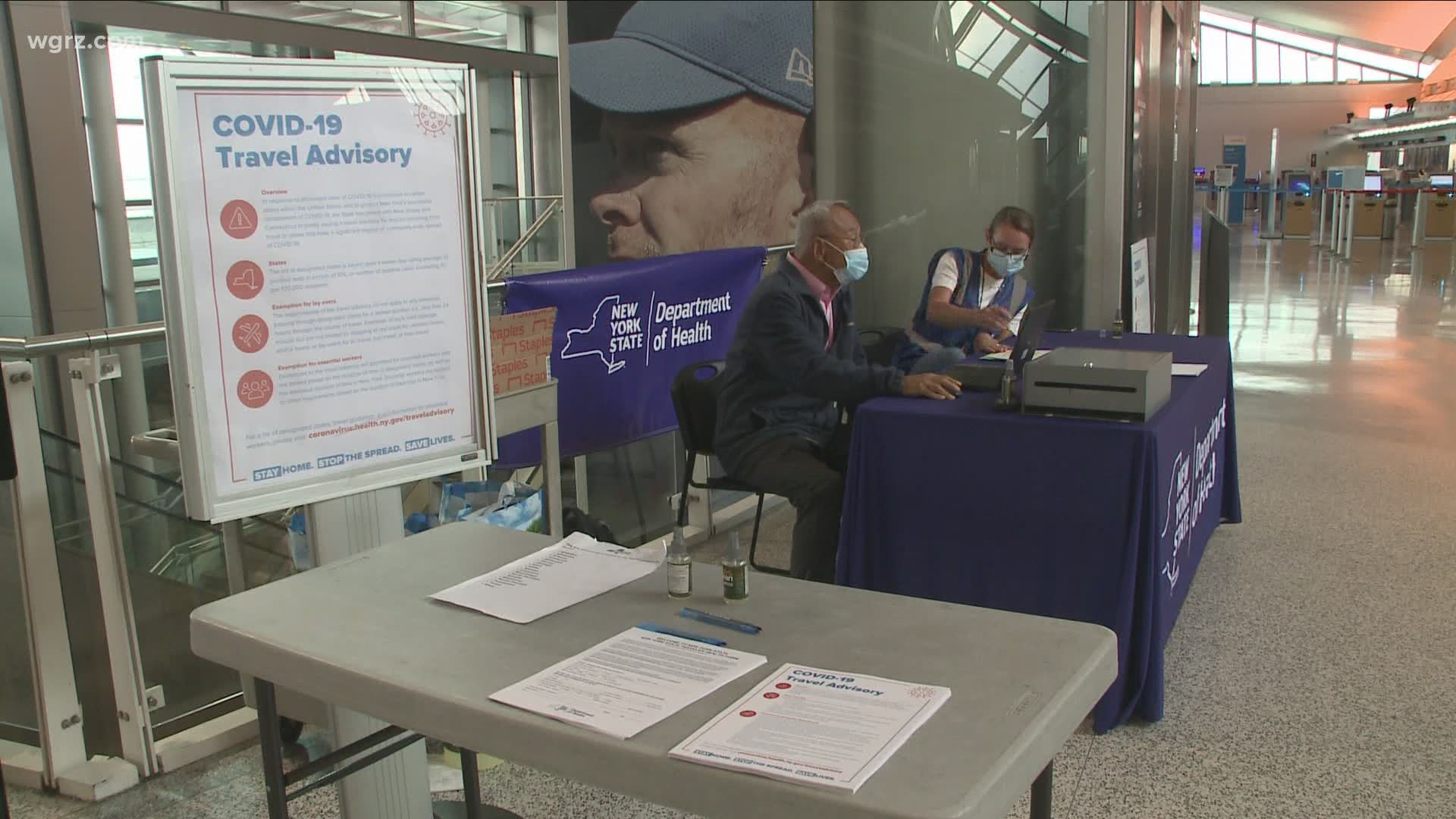 ALBANY, N.Y. — On Tuesday Governor Andrew Cuomo announced that four additional states have met the metrics to be added to New York's travel advisory and one state was removed from the list, making the total number of states required to quarantine after entering New York up to 22.

Travelers entering New York from Minnesota, New Mexico, Ohio and Wisconsin will be forced to quarantine for two weeks after entering the state.The quarantine applies to any person arriving from a state with a positive test rate higher than 10 per 100,000 residents over a 7-day rolling average or a state with a 10% or higher positivity rate over a 7-day rolling average, according to the governor's office.

When arriving in a New York airport from one of the states on the list, travelers will be asked to provide contact information as well as where they are planning to spend their 14 day quarantine period. People traveling in to the state by car will be asked to fill out the form online.

If you leave the airport without filling out a location form, you will receive a summons. The governor says enforcement is up to each individual airport.

"If you leave the airport without filling out the information not only can you get a $2,000 fine, you can be brought to a hearing and be ordered to complete mandatory quarantine" Cuomo said Monday.