Gov. Cuomo says that New York has administered more doses of the vaccine than any other state. The state is also developing vaccine kits for remote areas. 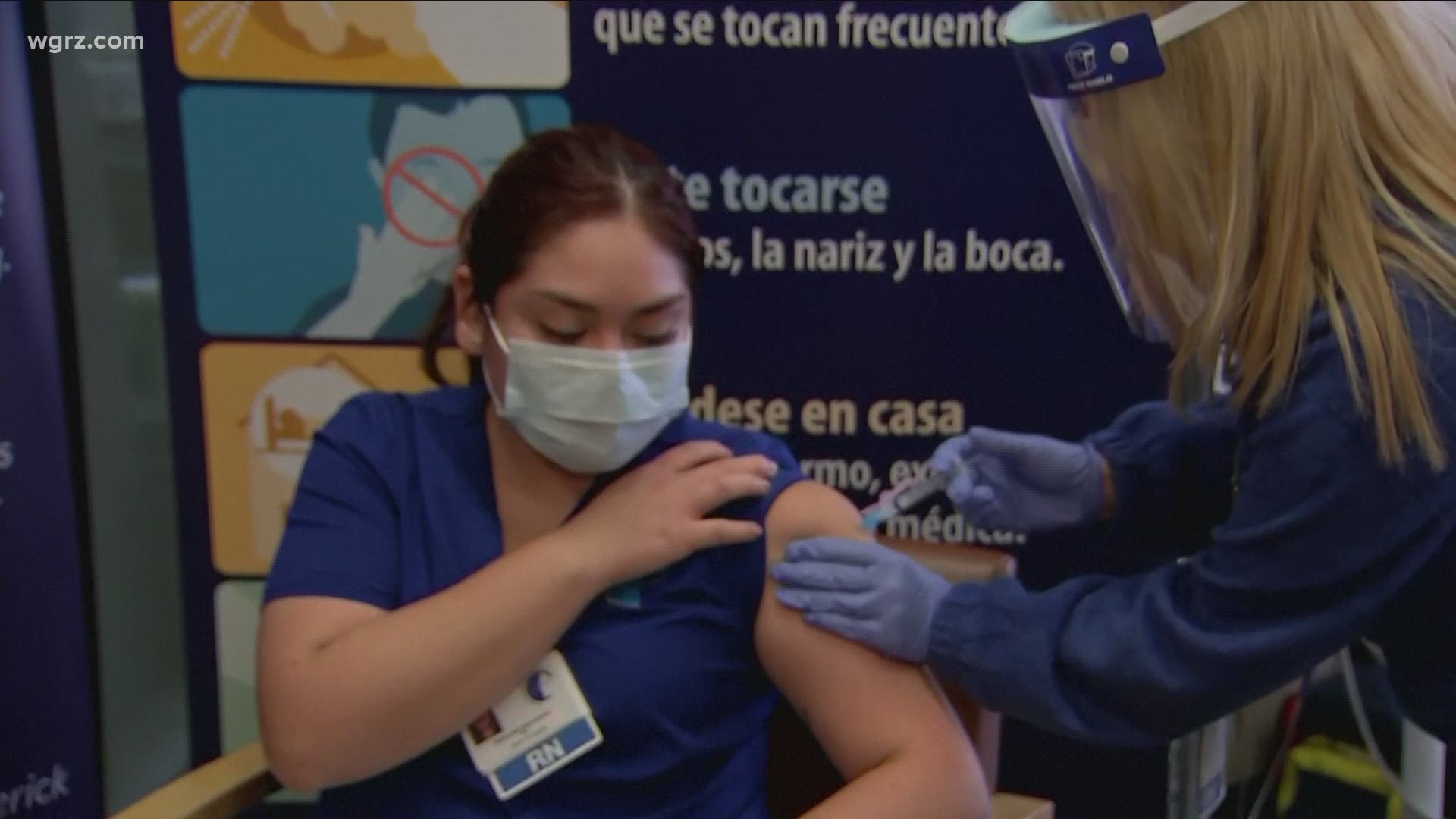 ALBANY, N.Y. — Governor Andrew Cuomo announced Monday that New York State has administered 38,000 doses of the COVID-19 vaccine, which his office says is the highest total in the nation.

This comes on the same day the country has begun its vaccine program for nursing homes and long term care facilities, including 618 in New York. The program is expected to take six weeks.

The first round of vaccinations have gone to those at the greatest need, such as healthcare workers and those living or working in congregate living facilities for the elderly.

The state also announced a Vaccine Equity Task Force has been launched and a new program will send vaccination kits to communities that lack healthcare resources.

"We're now talking about who's getting vaccinated, and let me be clear: there is no politics in the vaccination process," Governor Cuomo said, in part.

The equity task force is meant to ensure that people in high risk or underserved communities will get the vaccine in an equitable fashion.

"This is entirely done by medical professionals and our hospitals have already vaccinated more people than any state in the nation," Cuomo added.

The Community Vaccination Kits, as the state is calling them, will contain the resources needed to run vaccination clinics in communities that may not normally have those resources, such as healthcare deserts and public housing. The kits contain everything from PPE and syringes to lighting and curtains.