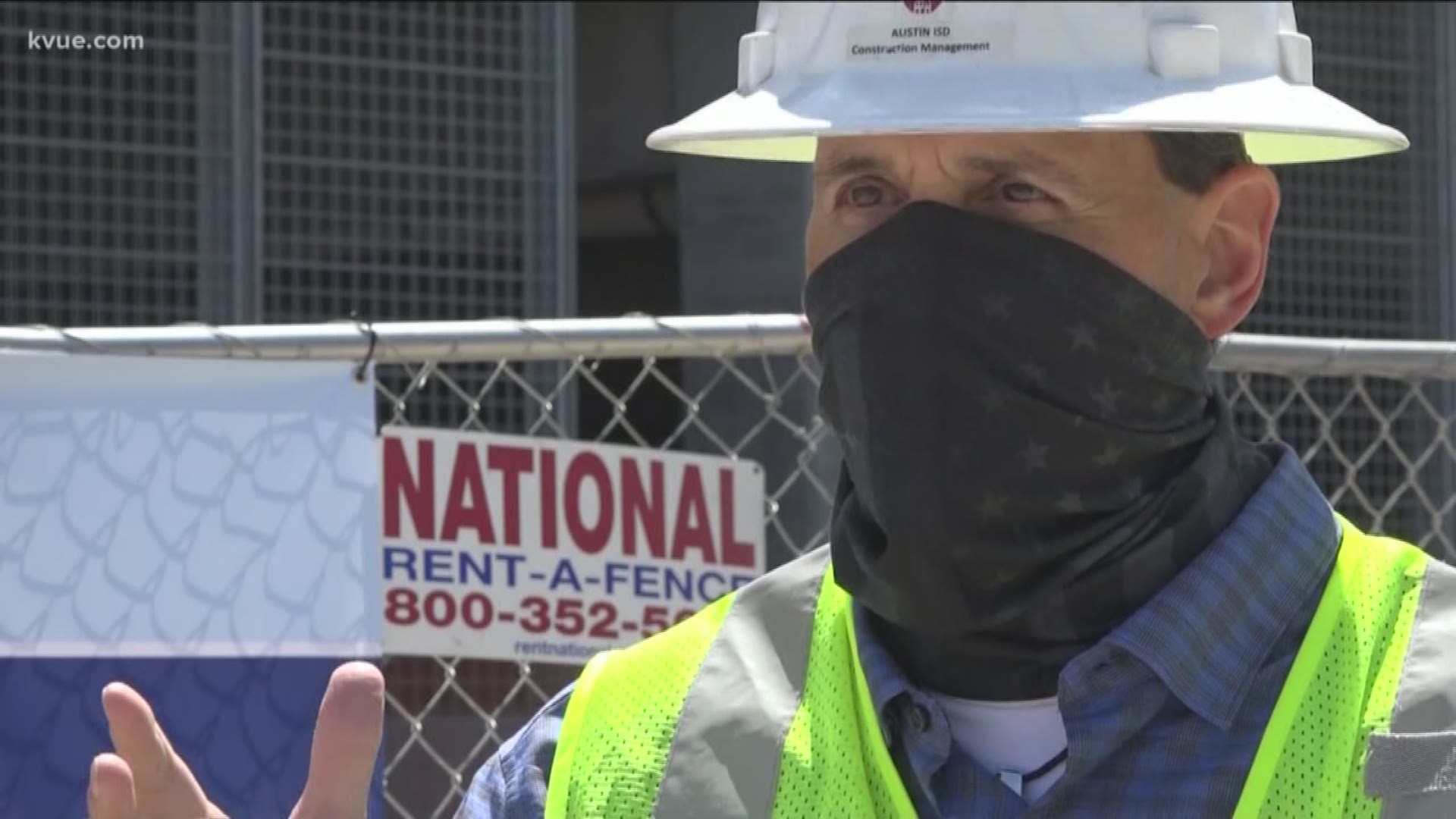 AUSTIN, Texas — JE Dunn Construction said it was notified of two subcontractors on its construction site at the corner of West 24th and San Gabriel streets in Austin who have tested positive for COVID-19.

A third tested positive at another Austin site, according to the company.

In an email to KVUE on Thursday, the company said it notified its client and the Austin Public Health Department. The people who tested positive are not working at this time, according to the company.

The company said none of the workers were symptomatic while on the project site, and they are following requirements from the CDC and the City of Austin. In addition, the company said it conducted a deep cleaning of potentially contaminated areas through a third-party cleaning company.

Earlier this month, JE Dunn implemented health screenings by hired medical professionals on all project site workers before entering the job site. The screening includes a temperature check and questionnaire asking if a worker has been in contact with other possible COVID-19 patients or traveled outside of the country. The company added if employees don't feel comfortable coming to work, they don't have to.

“Our construction workforce, the men and women that built these buildings, they’re the backbone of the growth of Austin, so our number one priority is to keep them safe every day," said Chris Szeliga, a senior vice president with JE Dunn Construction, who is also the Austin office business unit leader. “We’d like to commend the city for being proactive on their approach to this."

Before workers enter a job site, workers line up in front of a tent, with cones spread out indicating where they can stand in line to enforce social distancing. Once it's the worker's turn to be screened, they have their temperature checked by a hired medical professional and are asked a series of questions including if they've traveled out of the country in the past two weeks or if they've been in contact with potentially sick people. Once that's done, they receive a wristband indicating they went through the screening.

"Come and watch how we’re doing it here, and you can have piece of mind," said Cervi. "We’re doing it to the letter and in some cases even taking it a step above. We’re doing this and then some to make sure our sites are safe every day."

Tim Wright, the superintendent for the specific project at Bowie High School, said there's a monitor at the job site making sure workers are practicing social distancing, among other things.

"Making sure we’re not using communal tools – tools that are shared, they’re cleaned before the next person used them," said Wright. "We practice what we preach here."

The City of Austin tried to limit what types of construction could continue under its first stay-home order. A week later, the governor's order allowed all construction to continue, overriding the local order.

Autin Mayor Steve Adler cited a report by University of Texas at Austin researchers, presenting some of the charts from the report at a press conference on April 8.

You can read that full report below.