173 confirmed cases of coronavirus in NYS; None in Western New York

As part of the response, the governor announced New York State is now producing their own hand sanitizer. 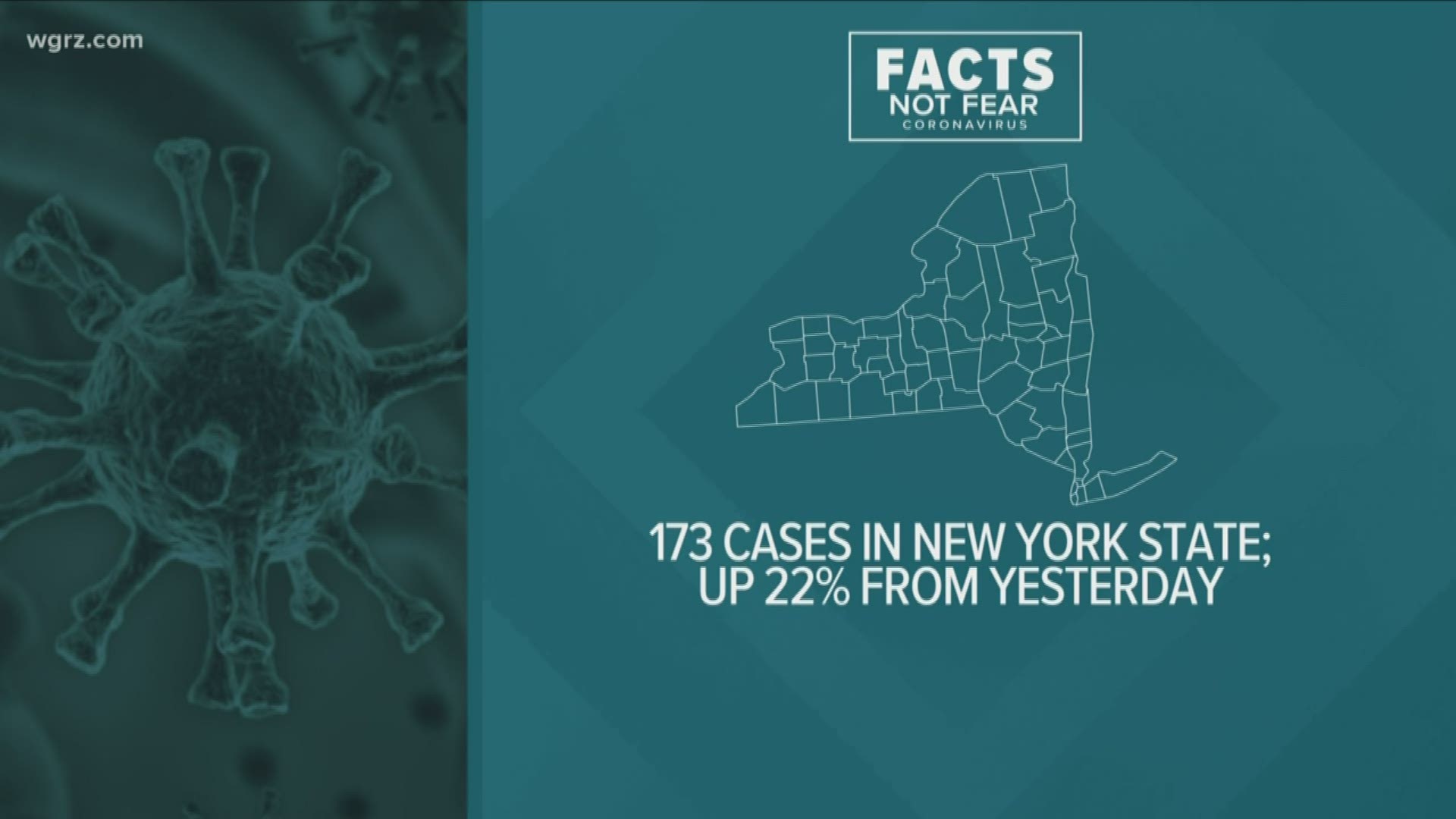 There are now 173 confirmed cases statewide.  That's up 31 cases from Monday.  The majority of the patients are around the City of New Rochelle, which is located in Westchester County.

Of the 173 people confirmed to have the virus, only 14 are currently hospitalized.

Gov. Andrew Cuomo says the state is closing schools for two weeks in a “containment area” centered in New Rochelle.  Cuomo said Tuesday the state will send National Guard troops to help deliver food and clean surfaces in the area, and the state and a private health system are setting up a testing facility there. Schools will close for two weeks starting Friday.

There are still no confirmed coronavirus cases in the 8 counties of Western New York.

On Monday, the governor announced New York State is now producing its own hand sanitizer to combat price gouging.

Cuomo says it is cheaper for the state to make hand sanitizer than to purchase it outside of NYS.

He says the state will give hand sanitizer to schools, jails, government agencies, etc.  The governor added that If price-gouging continues, the state will start selling it to the public.

You can watch the full press conference with the governor below. 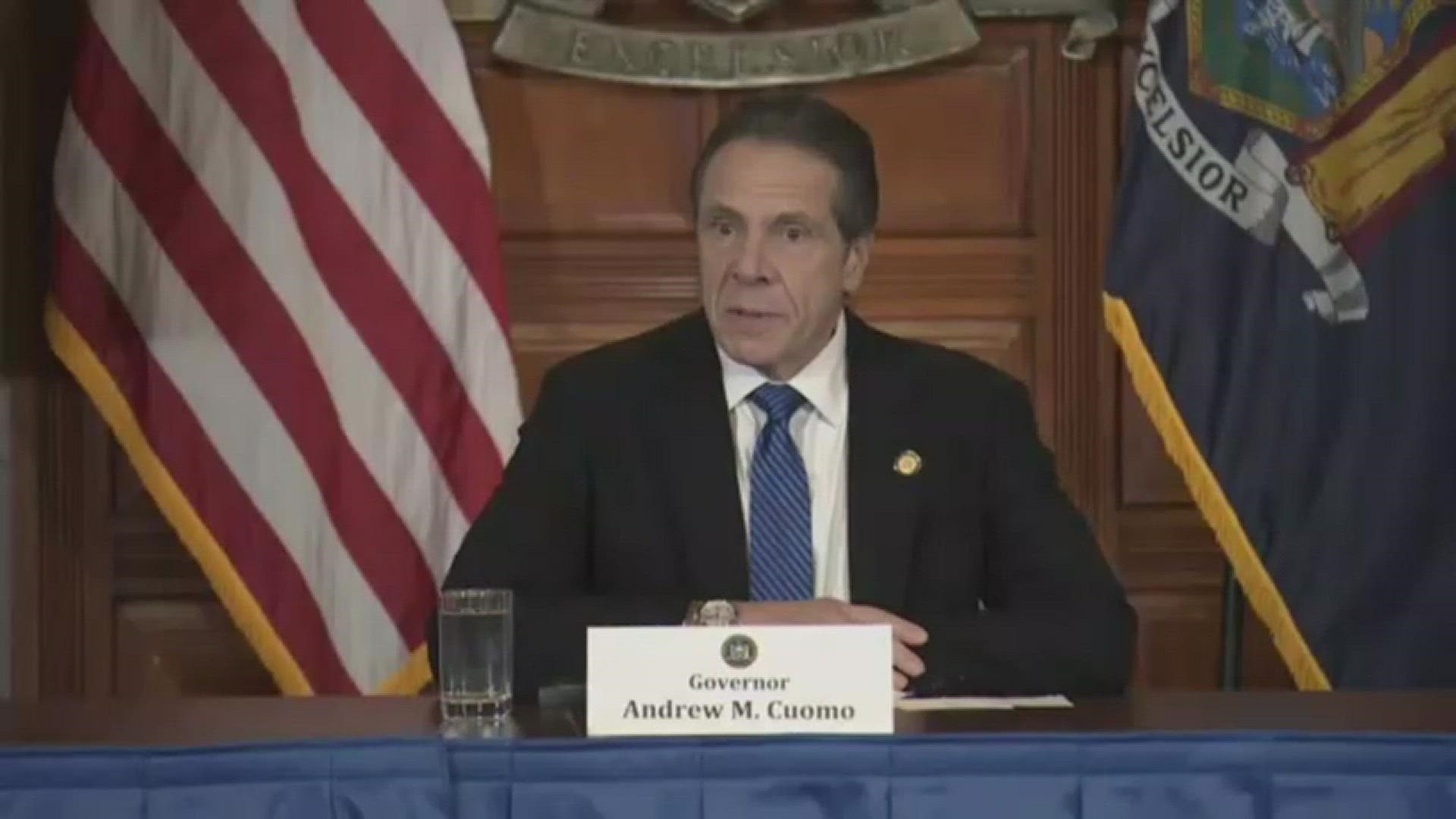 RELATED: VERIFY: Hand sanitizer can protect against coronavirus, but not as well as washing your hands