'She is a remarkable human being who has been a big inspiration to me, and I know to everyone else in my family,' great-grandson Mateo Mortellaro said. 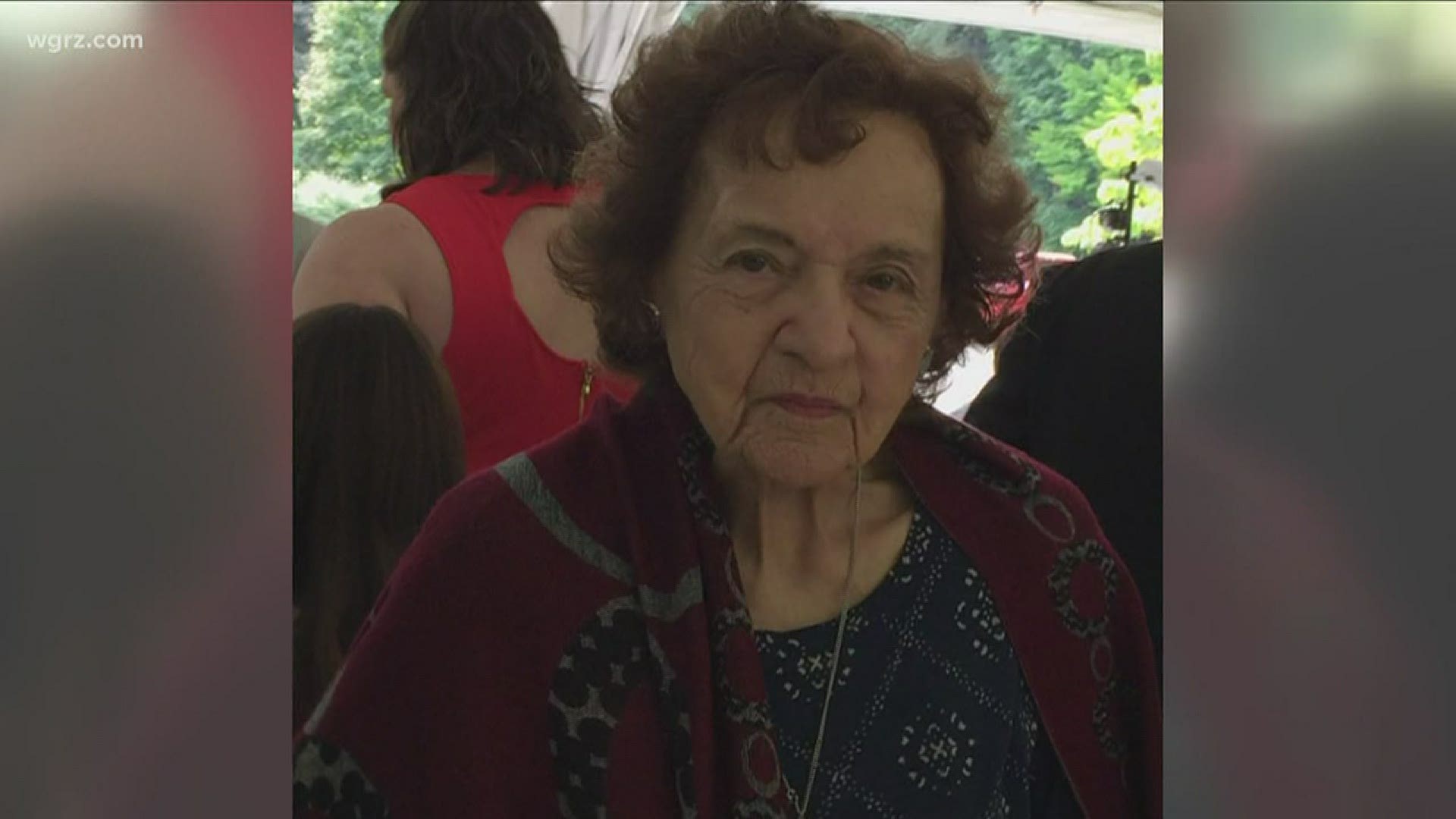 "She was very proud to be 100," said Gringer's daughter, Lorraine Gluck.

Kathryn is a grandmother to five and a great-grandmother to seven. She lived on her own until she was 99 years old. She currently lives at the Wyoming County Community Health System's Skilled Nursing Facility.

At the end of March, her family was told Kathryn had a fever.

"She seemed weak to them. She never really had a lot of coughing, which was amazing, but her temp lingered for a long time. Wouldn't eat, just really out of sorts," Gluck said.

Kathryn was tested for coronavirus, and the test came back positive.

"I kind of assumed that she would not make it," said Kathryn's great-grandson, Mateo Mortellaro. "The worst part was definitely not so much that she wasn't going to make it, because she was very old and has had a very long happy life. It was that she would be alone."

After going weeks without being able to visit or speak with Kathryn while she was ill, Lorraine got that opportunity last week and received some good news.

"She seemed in good spirits, and they said she was starting to eat well and everything had turned around. And I'd say about a week ago we got the final word that she's negative and she has gotten over the coronavirus," Gluck said.

Added Mortellaro: "She is a remarkable human being who has been a big inspiration to me, and I know to everyone else in my family."

RELATED: VERIFY: Claims that ventilators can cause amnesia lack context