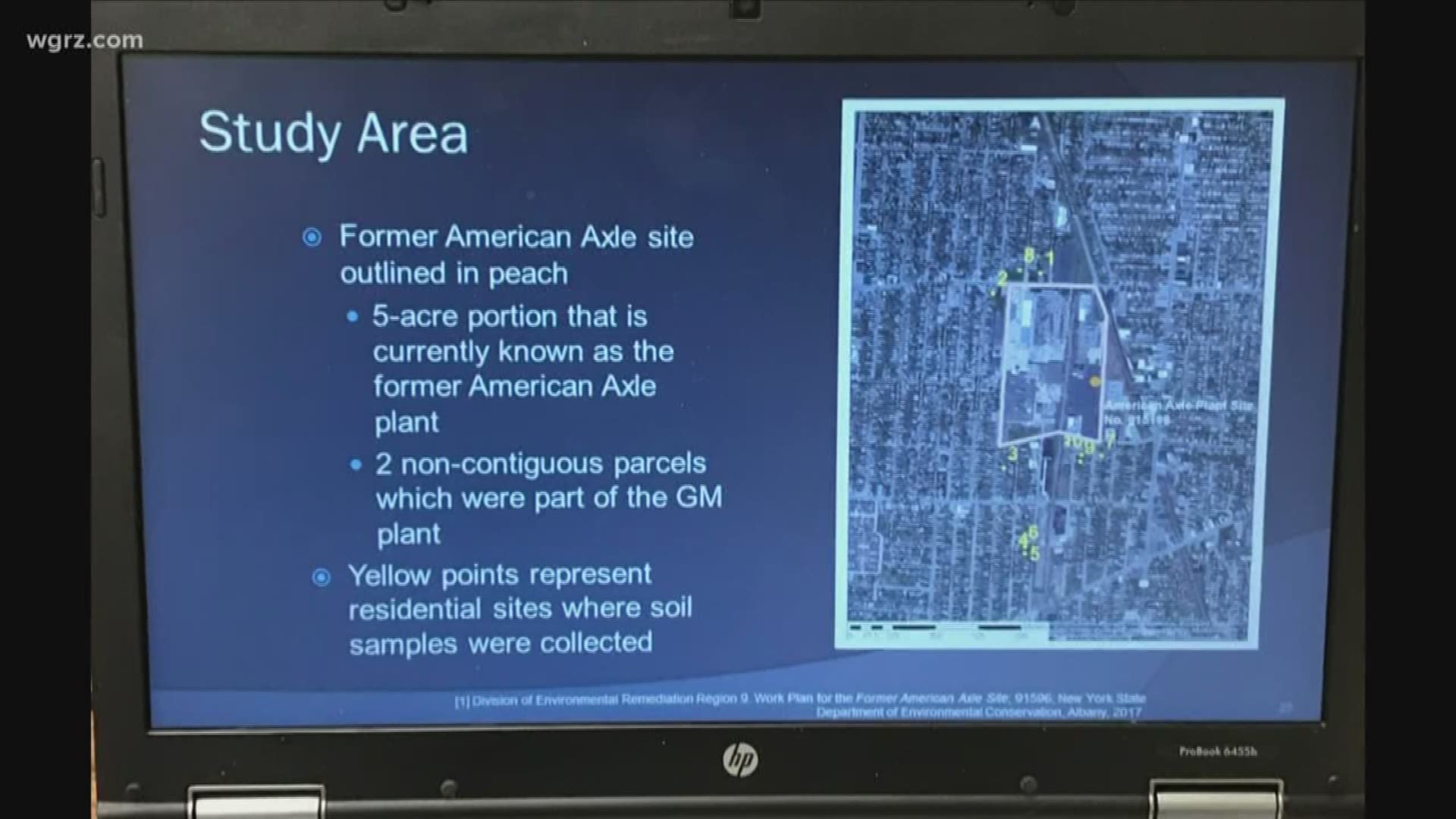 BUFFALO, N.Y. — The Erie County Department of Health, University at Buffalo and Patient Voices Network invited community members to an event Tuesday evening focused on environmental issues on the East Side of Buffalo and West Side of Cheektowaga.

Organizers say the session is part of an ongoing discussion about the higher-than-average rates of certain types of cancer in that community.

2 On Your Side has reported on this issue for more than a year.

Residents have repeatedly referenced what they believe to be environmental causes, especially the close proximity to the former American Axle site.

One of the main goals of the meeting held at the Delavan-Grider Community Center was to help community members understand the results of a New York State study on the area, and to hear concerns and answer questions from residents.

"That's what we wanna have here today is this open conversation about how to look at that data, how to interpret that data and how it applies to your individual health," said Dr. Laurene Tumiel-Berhalter, an associate professor in the Department of Family Medicine at UB.

The year-long study investigated why cancer rates were elevated in that community.

The state said higher smoking rates contributed to the higher rates of lung, oral, esophageal, kidney and even to some extent colorectal cancer. Other factors cited in the study were obesity, lack of physical activity and alcohol consumption.

Two members from UB's Department of Chemistry led the discussion on Tuesday about the environmental issues in the impacted area based on both the state's results and some of their own research around the former American Axle site.

Dr. Tammy Milillo, a research assistant professor with UB's Department of Chemistry, says she was approached by community members, about two and a half years ago, concerned about what they could've been exposed to.

She says they took soil samples from ten homes surrounding the plant. In their analysis, they found low levels of PCBs were found on eight out of ten of those samples. That information was then reported to the DEC.

"It's really a complicated issue but this is a first step in really looking at what role the environment does play," Milillo said.

We also asked Tumiel-Berhalter if the environment could be a reason for the higher-than-average rates of cancer.

She said, "I'm sure it played a part, but you have to also take in genetics, family history, behaviors, so it's not an easy thing to say that was absolutely the cause because it's multi-factorial for sure."

The session also focused on what residents can do on their own to reduce their risk of cancer when it comes to things like diet and lifestyle.

"We need to work together on this and see how we can build a healthier community," said Tumiel-Berhalter.

Organizers hope residents feel comfortable talking to their physicians about their individual concerns.

The people who planned the event, from several local agencies, say they want to be a part of the bigger solution.