Latest additions include a special screening of 'The Tragically Hip: A National Celebration' set for August 11. 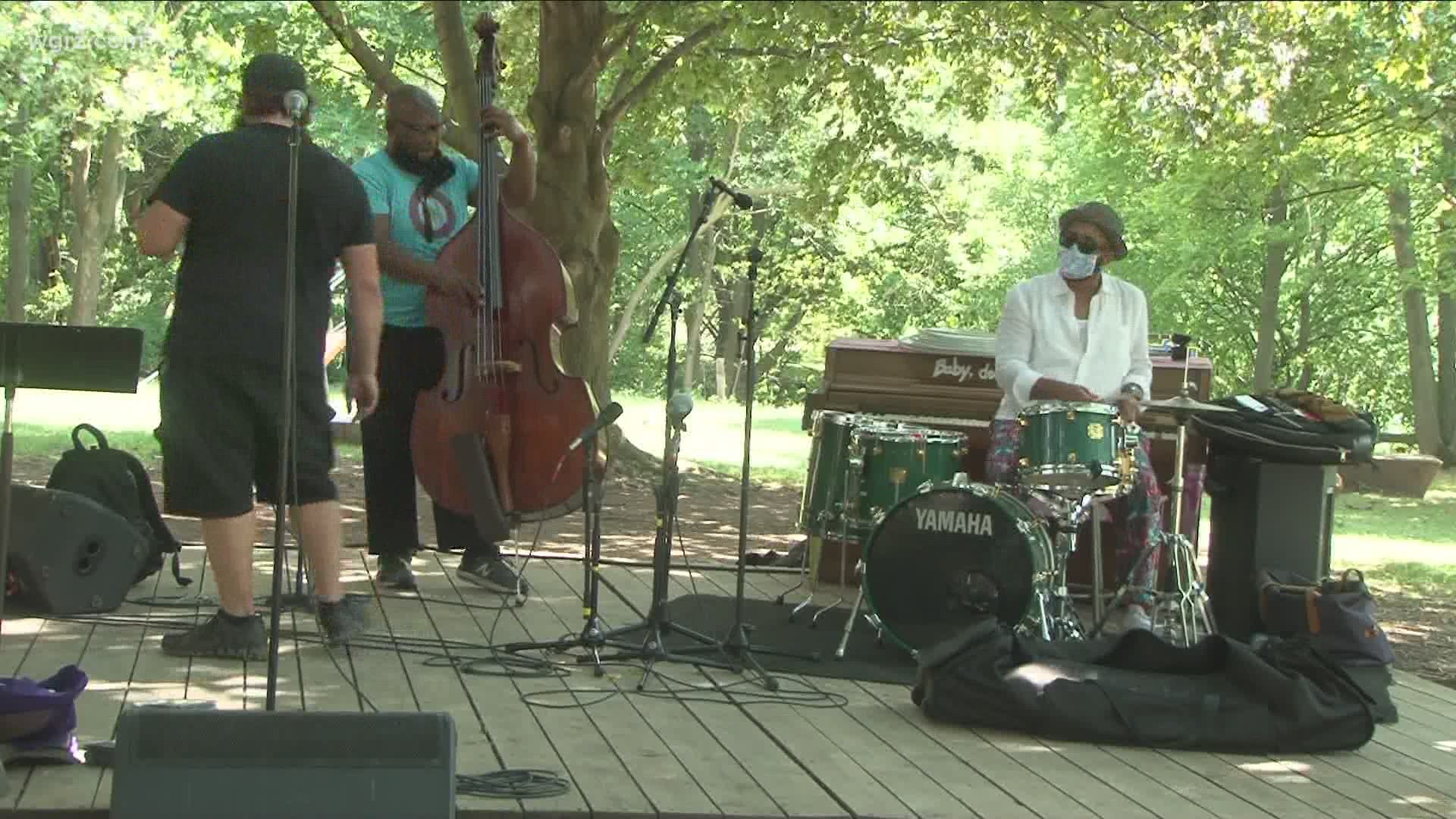 LEWISTON, N.Y. — Movie lovers now have more choices to get out and see a film while also enjoying the great outdoors.

Artpark announced Wednesday its adding more movies to its new Drive-In Film Series. These can be enjoyed on the park's LED screen on Tuesday and Thursday nights.

For fans of Artpark's Tuesdays in the Park concert series, Tuesday nights feature films for music fans. The newest additions to the series will be Almost Famous on August 4 at 8 p.m. In this Golden Globe-winning film, a 15-year-old boy hits the road with an up-and-coming rock band in 1973 after being assigned to write an article for Rolling Stone magazine.

There will also be a special screening of 'The Tragically Hip: A National Celebration' set for Tuesday, August 11.

Thursdays will feature movies for a more general audience. The list includes 'Harry Potter and the Chamber of Secrets' set for August 6. More films are expected to be added.

Audio for the films is transmitted through a car's FM radio. Tickets are advanced sale only and can be purchased at artpark.net or tickets.com. Tickets are $25 per vehicle (up to 4 people per vehicle or walk-in group), which includes $8 admission and a $17 concession credit. VIP lot tickets are $35 (subject to availability).

You can also avoid the online service fee by calling 754-4375 to buy tickets by phone Monday-Friday from 10 a.m.- 4 p.m. or one hour before showtime if still available.

Vehicles must be parked six feet apart. You can sit outside your vehicle, but must provide your own seating. You must also wear a mask at all times, except for when you are seated.

More information on Artpark's safety protocols can be found here.